The most beautiful thing on Earth right now…

Photographers tend to get so wrapped up in their picture taking that they fail to appreciate what’s unfolding before their eyes. Because this happens to me too, I’ve learned to step away from my camera when the magic is happening and allow myself to appreciate that I may be viewing the most beautiful thing happening on Earth right now.

I had several of these “most beautiful” experiences with my Death Valley workshop group last week. We spent three days in Death Valley, then drove 100 miles up the road to Lone Pine on Friday. During the workshop we photographed two moonrises and three moonsets, each above some of the most unique scenery on Earth.

Dramatic skies have a lot to do with my magic moments, but I’m afraid Death Valley’s chronic blue sky can make things pretty boring overhead. One reason I schedule the Death Valley workshop for mid-winter is to maximize the possibility of clouds (and minimize the possibility of crowds). But even in January the Death Valley skies are often devoid of character; to compensate I schedule the workshop to coincide with the full moon. 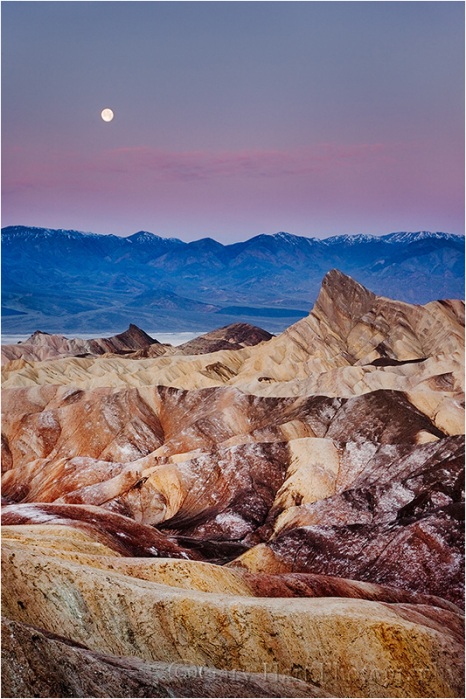 Last week we had a few clouds, but the real highlight was the moon. We started with a sunset moonrise over the dunes, followed by sunrise moonsets from Zabriskie Point, Badwater, and the Alabama Hills (Mt. Whitney) on consecutive mornings.

Before the Zabriskie sunrise shoot I had calculated that the moon would drop behind the Panamint Range, perfectly aligned with Manly Beacon, about five minutes after sunrise. This put the moon in the pastel twilight-wedge glow just as the foreground was bathed in sweet, shadowless light of dawn. Of course all the planning in the world is worthless if the conditions don’t cooperate, but we were fortunate that morning, and I can’t imagine any other place on Earth I’d have rather been. 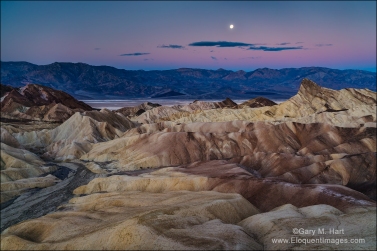 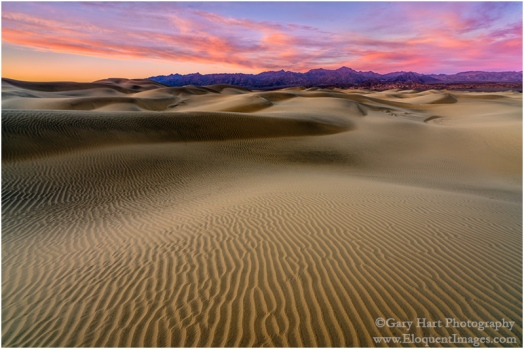 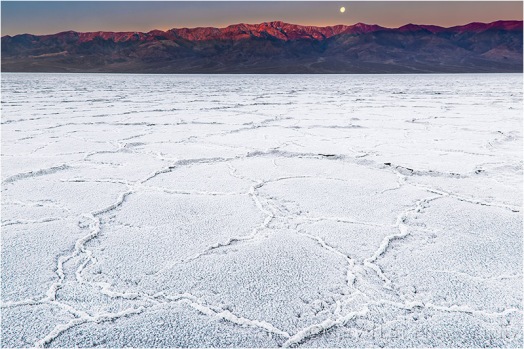 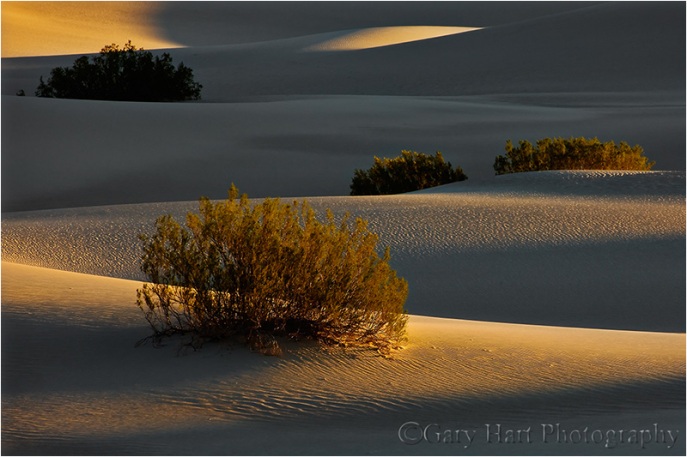 2 Comments on “The most beautiful thing on Earth right now…”