Seeing the forest for the trees 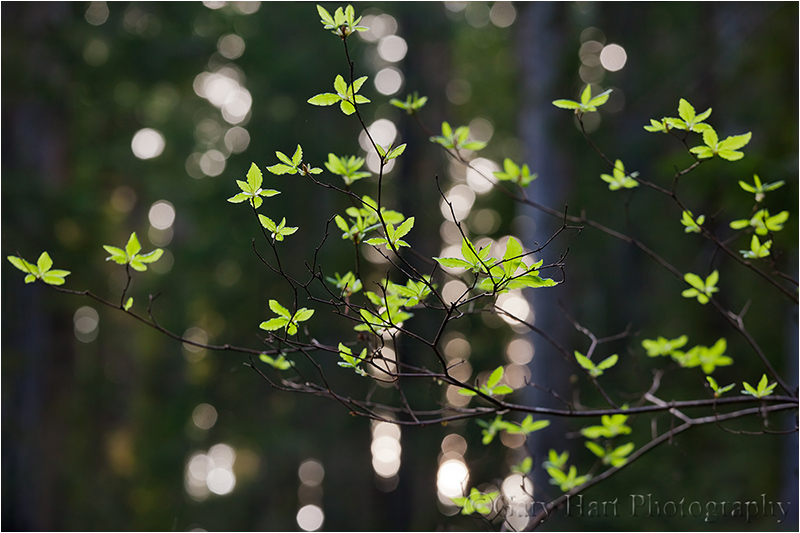 Photographing a redwood forest is an exercise in humility. Even on the brightest of days, a mature redwood forest is twilight-dark, not a problem until you realize that its nearly cave-like setting is invariably marred by random spots of daylight that seem designed to taunt your camera’s limited dynamic range. Any attempt to capture the forest’s exquisite shadow detail is peppered with distracting blown (overexposed to absolute white) highlights. Score one for the redwoods.

Another problem is the shear immensity of the forest’s scale. The difficulty capturing this scale with a photograph is underscored for me when I see people’s reactions upon their visit first visit to California’s redwoods–they’ve seen the pictures, but no image can prepare them for the actual size these trees.  (This post refers to California’s coastal redwoods, but similar observations apply to photographing the slightly less tall but far more massive giant sequoia of the Sierra.) The only way to photograph a redwood tree from top to bottom is an extreme wide, vertical composition that shrinks the entire world, and distorts the forest into a assemblage of tilting sticks. Redwoods two, photographer nothing.

But let’s say that you’ve found a composition that doesn’t involve an entire tree, and somehow avoids the highlights. In the forest darkness, the aperture necessary for any amount of depth of field forces, even after resorting to a noise-inducing high ISO, shutter speeds long enough to blur foliage in the slightest of breezes. Strike three.

Despite all these limiting factors, I can’t help returning to the redwoods with my camera. My favorite time to visit is when rain or dense fog mitigates the dynamic range, delivering the entire scene in even, shadowless light. But apparently Mother Nature’s priorities are different from mine. Last week, while assisting Don Smith’s Northern California workshop, I found myself wandering beneath the dense canopy on the Ten Taypo trail in Redwood National Park. The sky was clear. Our small group, all alumni of previous workshops (Don’s and/or mine), was more than comfortable without my input, enabling me to get into my creative zone, a luxury I don’t have in most workshops.

For all the reasons detailed above, success in a redwood forest requires subverting the urge to bite off too much of the experience. Instead, I seek a single aspect of the scene to highlight, and let other aspects of the scene complement or fade into the background. In this case I found my eye drawn to a branch of delicate, green, new-growth leaves (can anyone help me out with the identification of this tree?), backlit by indirect sky-light. Attached to dark branches and juxtaposed against the deeply shaded redwood foliage, these translucent leaves appeared to be individually lit and suspended in midair.

Positioning myself to best frame the leaves meant including splashes of light that leaked through distant trees. A confusion of thin, bare branches added distracting disorganization between my leaves and the redwood backdrop. Not that easily discouraged, I removed my camera from my tripod and experimented with some compositions. I found that dropping a little lower and shooting slightly up allowed me to eliminate most of the tangled branches while still placing the leaves against the towering trees in the background. While dropping shooting up meant introducing even more background light, I found that zooming tighter on the leaves (113mm) and using a large aperture turned the bright points of light into fuzzy balls, a jewel-like effect that I though actually added interest without being a distraction. It also made the parallel trunks just recognizable for context, without competing with the leaves I wanted to emphasize.

I spot metered on the bright leaves, taking care that my exposure ensured wouldn’t blow any of the RGB channels (each pixel is actually a combination of red, green, and blue light values). A very soft breeze intermittently nudged the leaves, so I bumped up to ISO 400 (I try to avoid going higher than this whenever possible) to maximize my shutter speed. With my camera secured to the tripod, I refined my composition, then switched to live-view mode, magnified to 10x the leaf I most wanted sharp, and manually focused there. I clicked a series of fairly wide f-stops, adjusting my shutter speed accordingly and closely monitoring the magnified live-view LCD image, clicking only when it was completely still. At home I decided that f5.6 gave me the best combination of blurred light-jewels and redwood trunks that were soft enough to recede into the background, but just sharp enough to be recognizable.

This image reminds me of an essay I wrote several years ago on the “ooh” and “ahhh” of nature photography. I got a lot of really nice images on this trip, probably more than most trips, many of which will no doubt generate more oohs than this one. But this kind of image makes me so much happier than the large, dramatic scene. I love the effort and precision of its execution, from concept to completion, and the feeling that it’s one-of-a-kind. It may not have the electric ooh-power to draw you from across the room, but (for me at least) it has the ahhh-factor that holds you once you arrive.

4 Comments on “Seeing the forest for the trees”