Sunrise on the rocks 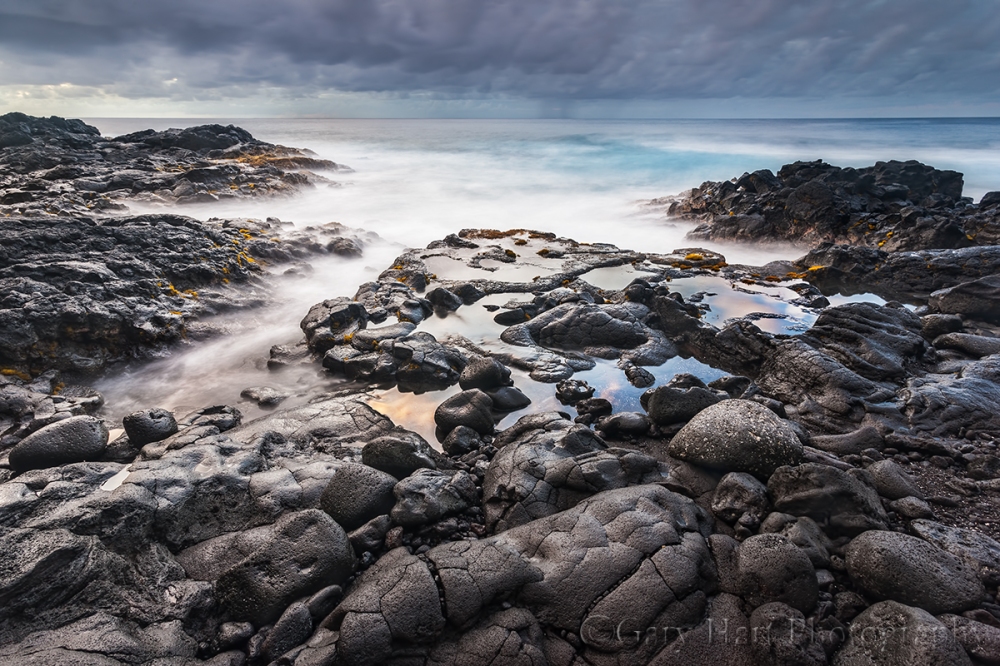 I “discovered” this unnamed beach while scouting locations for my Hawaii workshops. It wasn’t on any maps or in any guidebooks, it was just there, tucked into a narrow strip separating the churning Pacific from lush Kapono-Kalapana Road. Through the trees the beach looked promising, so I pulled into a wide spot and explored more closely. A pair of children’s shorts draping a branch near the road, and a warning sign nailed to a tree, were indications that this not a secret location. I feared the sign would threaten severe consequences to anyone who dared trespass, but it simply said, “Private property: No camping or fires. Please enjoy.” So I did.

I’ve probably photographed this beach a dozen times since then. The hanging children’s clothing is always different: shoes, shirts, a swimsuit, but the sign stays the same. For the last few days, on each visit to locations I scouted before the workshop, I’ve scoured the rocks for a lens cap that disappeared somewhere early in my visit to the island. While I have no real hope of finding my lens cap, it’s a great reminder to look more closely at the beauty right at my feet. In Hawaii it’s easy to get distracted by the turquoise surf and billowing clouds, but it’s the jewel-like pools, pillow-shaped rocks, and emerald green moss within arm’s reach that make me feel like beautiful images are possible here any time, regardless of conditions.

This morning’s workshop sunrise was maybe my sixth time here in the last two weeks. The sky was nice but not spectacular, so I decided to emphasize the basalt pillows and quiet pools. I put on my widest lens (17-40) and dialed it out to 19mm to exaggerate the exquisite foreground. The pre-sunrise sky reflected nicely in the pools, but wasn’t yet sufficient to illuminate the black lava. To bring out the character in the nearby rocks, I used a two-stop graduated neutral density filter that held back the much brighter sky enough to expose the foreground detail. Because it was still too dark for a shutter speed that would freeze the violent waves, I opted to blur them into a gauzy mist that (I hoped) would create an ethereal mood. The result was a ten second exposure at f11 and ISO 100.

As we pulled away, an older gentleman hurried across the road to flag me down. I feared we’d inadvertently disturbed his peace, but he was simply wanted to express his admiration for our enjoying the beach so early. He gestured to a home mostly hidden behind dense foliage and said this was indeed “his” beach (technically no beach in Hawaii can be private) and that he was glad we enjoyed it. Then he reached into his pocket and handed me a small black disk, “I found this a few days ago.” I took my lens cap and thanked him for his generosity. 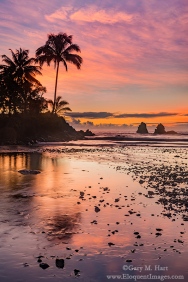 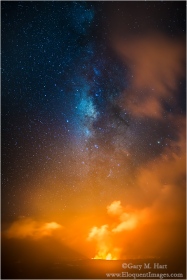 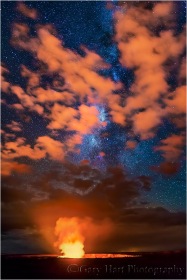 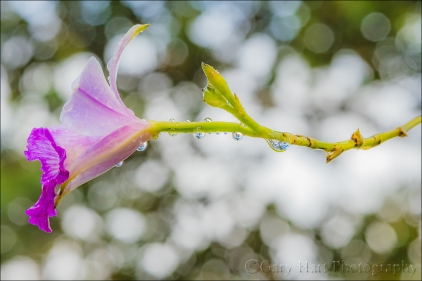 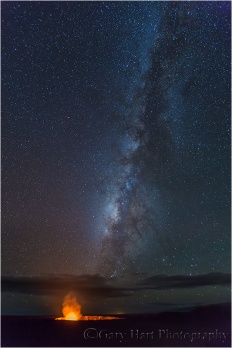 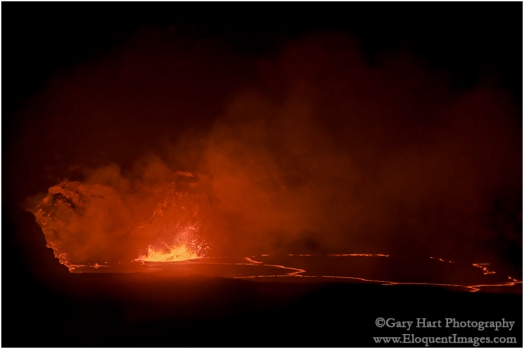 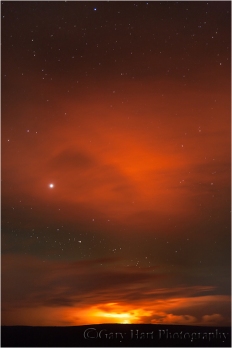 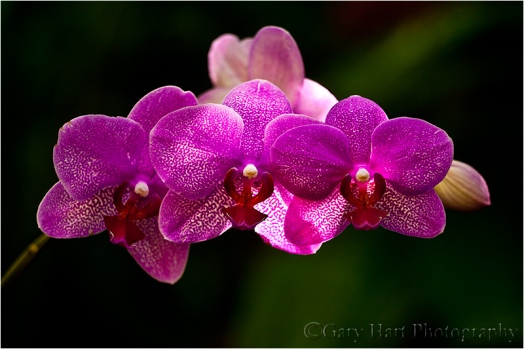 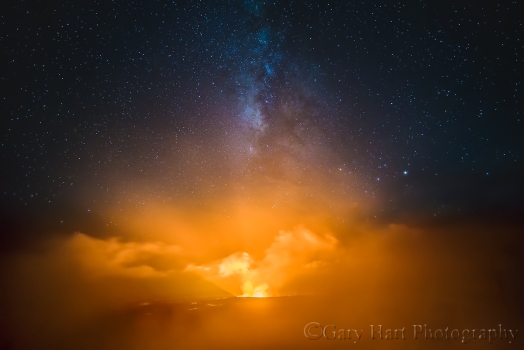 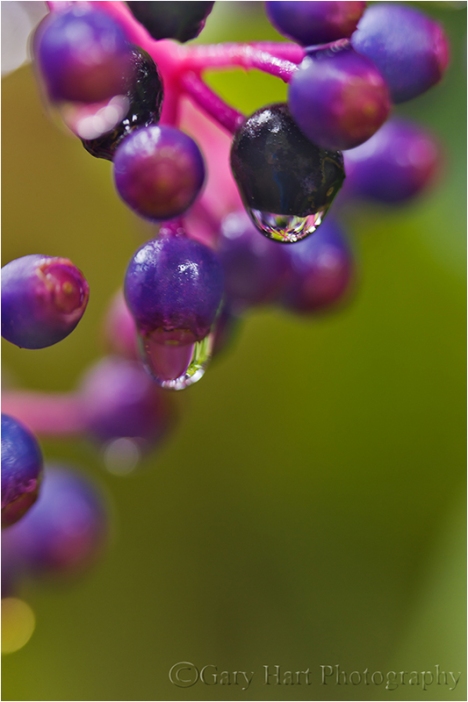 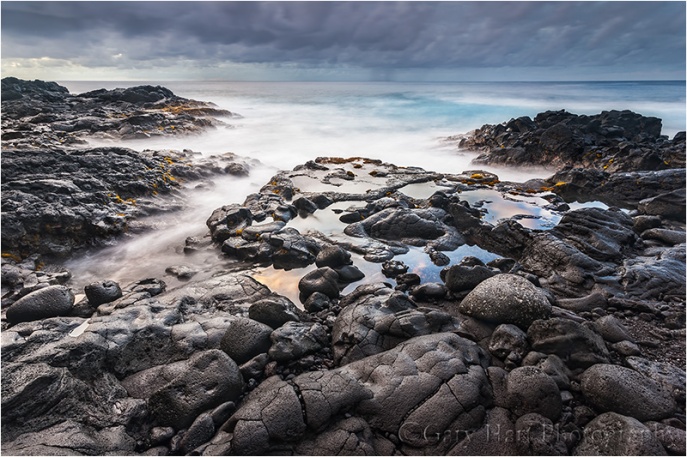 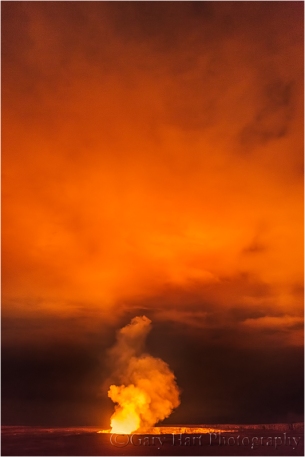 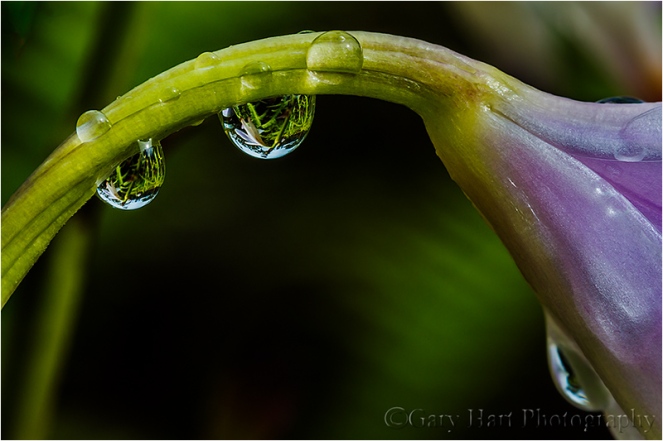 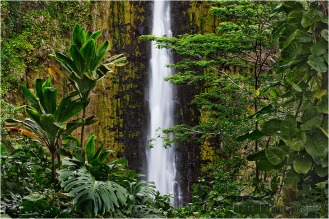 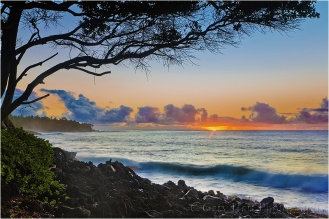 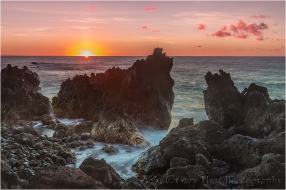 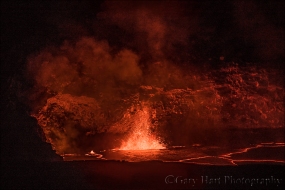 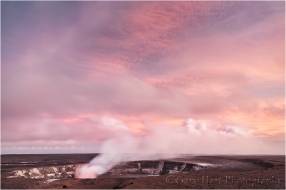 ← Where the wild things grow
Under the Milky Way →

6 Comments on “Sunrise on the rocks”