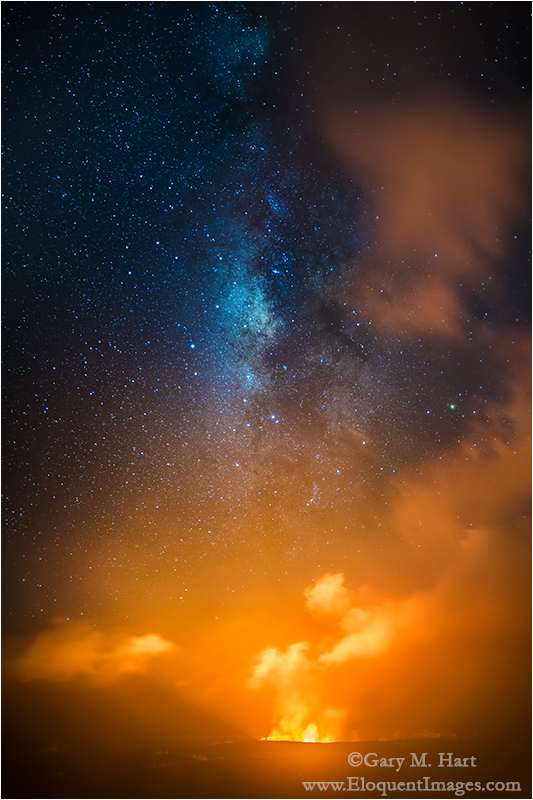 Rain in Hawaii is great for almost everything—it fills the waterfalls, cleans the air (for the best sunrise/sunset color), sparks rainbows, and makes photographing Hawaii’s lush foliage a joy. But it’s not so great when your objective includes stars. And based on the forecast for this year’s Hawaii Big Island workshops, our odds for finding the Milky Way above Kilauea weren’t too good. But a nature photographer who relies entirely on the odds will soon be an ex nature photographer.

The first night my group visited Kilauea we were completely shutout by a wet fog that obscured the world beyond 100 feet and deposited tangible flecks of moisture on every exposed surface. Undaunted, the next night we returned to the caldera despite rain in Hilo falling faster than our wipers could erase it. The downpour pounded us all the way through town, then eased a bit as we started to climb.

Despite the improving conditions, frequent skyward peeks through the windshield offered no cause for optimism. By the time we entered Hawaii Volcanoes National Park, the rain had stopped completely, but the clouds persisted. Parking at our destination we still saw no stars, but the caldera’s orange glow throbbed below and the clouds above reflected its orange glow—a definite improvement over the previous night. While not the grand prize, this reflected fire makes beautiful photographs too, offering a small consolation for a group of photographers with their hearts set on the Milky Way.

In the complete darkness a starlight shoot requires, the less setup required at the shooting location, the less we need to use our lights and the sooner everyone’s eyes adjust. So at the cars everyone’s polarizers came off, our apertures were opened wide, and the ISOs were pushed as far as the camera’s image quality will allow. Pared down to just a tripod, one camera, and one lens, we marched off to the caldera.

Ever the optimist, midway through the short walk to the rim I ventured one more glance upward—what had just seconds earlier been a solid blanket of orange-tinted grayness had suddenly acquired a jet-black rip sprinkled with twinkling points of light. I turned off my headlamp to confirm and there it was, the Milky Way, spread like a bag of sugar spilled on a pool of ink.

Most of the group had no experience with night photography, so despite the previous day’s training, I knew most of my time would be taken helping everyone find a composition, tweak exposures, and (somehow) focus through a virtually black viewfinder (or LCD). Because the caldera’s brightness varies daily, and the amount of moisture in the air affects the overall light that reaches the camera, I started with a test shot of my own to determine that night’s exposure. Then Don Smith and I bounced around from person to person, helping them achieve starlight autonomy.

Some mastered it quite quickly, while others were slowed by a slew of problems ranging from simple lens cap removal to more difficult camera errors. On my travels I’d occasionally stop at my camera long enough to click a frame of my own (and maybe check the frame I’d clicked on my previous pass). Eventually the pleas for assistance abated and I was able to stay at my camera long enough to recompose and experiment with different exposures.

After about an hour the clouds started to fill back in. I was pretty confident that everyone had had a success by then, but I made my way up and down the line to ensure that everyone was satisfied, and thanking my lucky stars for our good fortune.

This was the sixth year I’ve attempted photographing Kilauea at night. As my experience has grown, my equipment has evolved as well. The first time my fastest lens was f4, and I was reluctant to push my Canon 1Ds Mark III beyond ISO 1600. Looking back on those early images, I’m appalled by the noise I considered acceptable. I also shake my head now at the effort required to simply get a focused frame.

Fast forward to last year, when I shot the caldera with a Canon 5D Mark III and Zeiss 28mm f2 lens. I was pretty happy with my results and the ease with which success was achieved. But this year was my first attempt with the Sony a7S and my new Rokinon 24mm f1.4, and it’s a whole new ballgame.

My excitement was underscored as I helped those in the group still using DSLRs. My a7S viewfinder and live-view LCD displayed the caldera and stars with brilliant clarity, while even the best the SLR viewfinders and LCDs were virtually black. While I composed and focused in about 3 seconds (and didn’t even bother checking my results), the SLRs took minutes to compose, focus, and confirm (the only way to ensure sharpness on one of these cameras is to replay and magnify a picture).

Night photography is limited by a camera’s ability to display the scene for composition and focus, and the viewfinder of an SLR has advanced about as far as it can. On the other hand, electronic viewfinders have barely tapped their potential—the better the sensors become, the more detail they’ll be able to pull out of the dark. Once upon a time, low-light performance was a reason to stick with an SLR, but I suspect it won’t be long before the quality of an electronic viewfinder image renders SLR viewfinders unnecessary. The a7S is there already; for higher resolution mirrorless bodies, it’s only a matter of time. 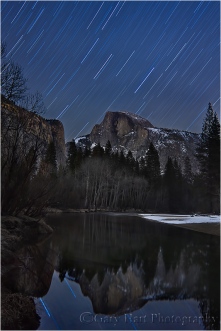 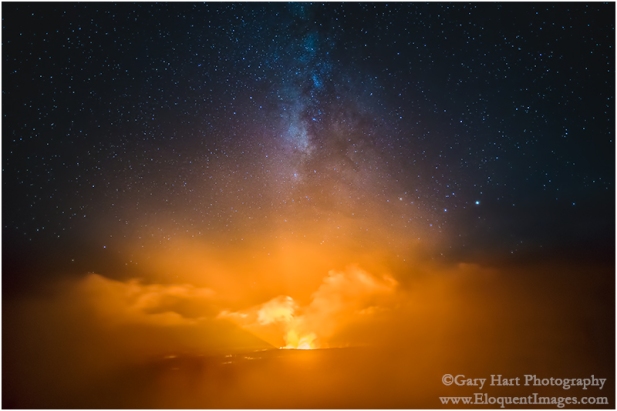 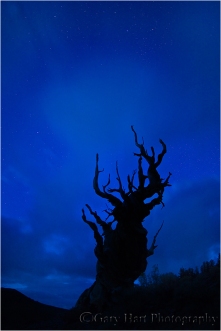 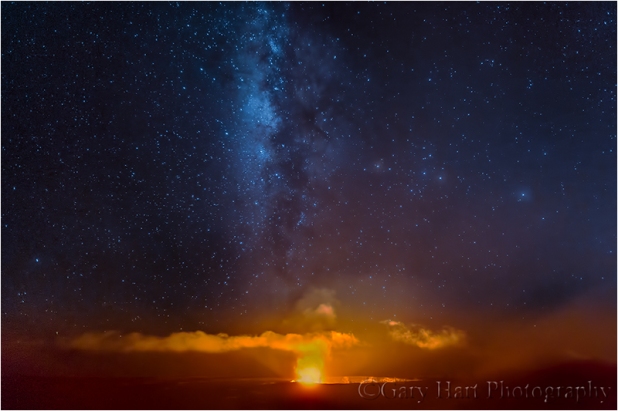 ← Appreciating the small stuff
Out of my depth →

5 Comments on “Kilauea Milky Way fun (with the a7S)”