You had me at Hilo

I’m writing from Jackson Hole, Wyoming, where it’s 37 degrees and trying to snow. It’s hard to believe that in the two weeks that ended last Friday I was enjoying the sun and surf of Hawaii in flip-flops and shorts. Trying to hold on to paradise as long as possible, I’m sharing (a slightly modified version of) my article in the current Really Right Stuff “Light & Shadows” magazine. Now, where’s my down jacket…?

On my list of qualities that make a location great for photography, the Hawaiian Islands check the most important boxes: dramatic scenery, unique subjects, diverse terrain, and consistently great skies. Unfortunately, photographers and tourists aren’t a great mix, and the very qualities that make Hawaii great to photograph also make it great for vacations. Throw in year-round t-shirt and flip-flop weather, and you can see why most of Hawaii is teeming with people.

After extensive (and ongoing) research throughout Hawaii (it’s a tough job, but….), I’ve found that the very qualities that make the Hilo side of the Big Island especially photogenic, even by Hawaii standards, make it less appealing to tourists. The frequent rain (Hilo is the wettest city in the United States) that drives tourists back to their hotels also means especially lush forests and abundant waterfalls, while the area’s rugged volcanic coastline, quite poor for swimming and sunbathing, are simply made for photography.

Scenery abounds all across the Big Island, but I’ve found that the best combination of world-class scenery and relatively few tourists is near Hilo, along Highway 19 north to Laupahoehoe Point, the Puna District surrounding Highways 130, 132, and (especially) 137, and Hawaii Volcanoes National Park, on Highway 11 west.

Hawaii Tropical Botanical Garden: The HTBG is an immaculate botanical garden bisected by a network of paved trails that wind down to the rugged shore of Onomea Bay. Highlights include Onomea Fall, a pristine orchid garden, and lots of vivid tropical plants. (It’s also a tripod-friendly location, but please respect the other visitors.)

Akaka Falls State Park: A paved .4 mile loop trail winds through a lush rainforest that features towering bamboo, colorful blooms, and multiple waterfalls, big and small. The highlight here is Akaka Fall’s vertical plunge from the jungle to a pool 440 feet below. Morning visitors should look for rainbows at the base of the fall.

Laupahoehoe Point: Jutting into the Pacific on Hawaii’s northeast side, Laupahoehoe Point seems to take a direct hit from surf that has traveled across thousands of miles of open sea.

Lava Tree State Park: This hidden gem on Highway 132 is accessed by a 2/3 mile paved trail that loops beneath a canopy of photogenic monkeypod trees. Aptly named for the numerous lava stumps that formed when saturated trees were overrun by lava, cooling and hardening in place. Check out the wild orchids that decorate the loop’s back side.

Puna Coast: The coastline south of Hilo is almost entirely the product of Hawaii’s newest volcanic eruptions. Here decades of recent lava flows have overrun foliage to create a stark, rugged landscape that hasn’t had time to recover. Rather than the fine white coral sand found farther north in the Hawaiian Islands, the Big Island’s brand new “beaches” are largely comprised of rugged basalt rock, too new to have been smoothed by weather and surf.

Disturbed by an uneven but steep ocean floor just offshore, waves along the Puna Coast don’t gently roll and lap as they do through out much of Hawaii, they crash and explode. But the tourists’ loss is the photographers’ gain, with miles of violent surf, broken occasionally by reflective tide pools small pockets of black sand.

You can find nice photo opportunities at Alalanui Beach, Isaac Hale Park, and (my favorite) MacKenzie Park, but rather than target specific locations here, I often just drive Highway 137 (Kalapana-Kapoho Road) in search of photo opportunities.

Thurston Lava Tube (Volcanoes National Park): Take the short, paved loop trail through a lush rainforest to walk through a tube that moved lava down the mountain just a few centuries ago.

Jaggar Museum (Volcanoes National Park): This is the best place to view and photograph Halemaumau Crater, the home of the current Kilauea eruption, nearly 34 years old and counting. Visit in daylight to view the constantly belching steam and gas plume rising from the crater a mile distant. As impressive as this plume is, the real show is at night, when the crater’s lava lake throbs orange, painting the clouds and caldera with its fiery glow.

The locations cited here are the tip of the iceberg, to get you started. But whether you concentrate on my suggestions or venture out in search of your own favorite spots, there are few things you can do to maximize your results. 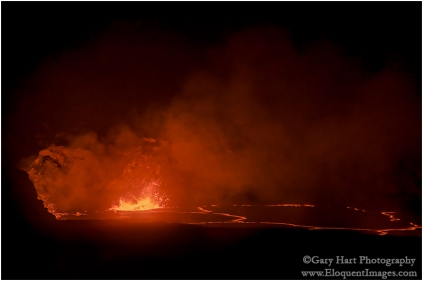 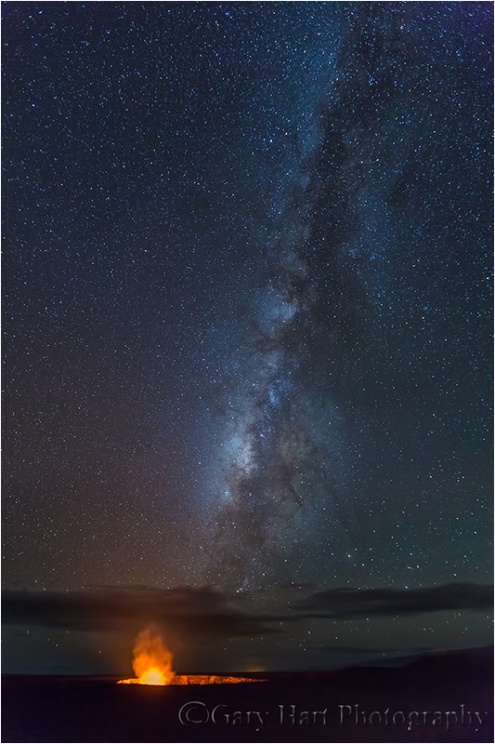 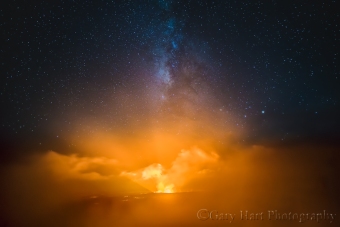 ← Rules are a crutch
How a polarizer works →

8 Comments on “You had me at Hilo”