The View from Space

If you follow me on social media, you know that I don’t get political online. That doesn’t mean that I don’t have political opinions, but photography needs to make you happy, and there are already too many unhappy photographers to inject politics into the mix. I’ve also learned, and I have the people I’ve met in my workshops to thank for this, that individuals with completely different social and political beliefs are not idiots, uncaring, morons, crazy, or whatever other pejorative you might be inclined to hurl. They’re good people who arrived at their values and beliefs through a completely different combination of family history, opportunities, life experiences, good/bad fortune, and present circumstances, than you and I have.

But I’m writing this post because yesterday, like millions of others, I shared a completely black image on my Instagram page to show my support for BLM. Not only did I feel like solidarity on the issue of police not killing innocent people is important right now, I also thought, wow, here’s something everyone can agree on. And for the most part I was right—I was thrilled to see the truly diverse support this simple act received, crossing traditional political and social boundaries.

On the other hand, I guess I shouldn’t have been surprised that this support wasn’t universal. I got a little pushback on my Facebook page (swiftly dealt with—to borrow from the late, great Tom Petty, it’s good to be king), and noticed that the number of followers of my Instagram page, which goes up every day, declined yesterday—from that I can only infer that some people were reflexively unfollowing anyone who posted a black image. To those people, I say good riddance.

Call me an optimist (or naive), but I’m hopeful that the United States has finally reached a tipping point, and real change is in store. So to pivot from politics to photography, I’m sharing this image from the 2017 total eclipse, because nothing in my portfolio expresses my hope better than the instant of sunlight’s return after a total solar eclipse. For those who haven’t had the privilege to witness one (mark your calendars for April 8, 2024), a total solar eclipse is one of those transcendent moments in nature where humans’ insignificance is impossible to deny. I don’t think I’ve ever felt smaller than I did at the instant I clicked this picture.

Because I can’t help but think that so much of our planet’s divisiveness would evaporate if we all had a clearer picture of our place in the Universe, I’m going to close with a few quotes from astronauts, who are uniquely qualified to speak on the subject:

The View From Earth 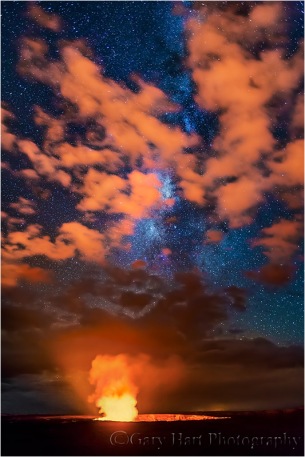 ← Something new
As the World Turns →

5 Comments on “The View from Space”