My camera can beat up your camera (and other photography myths)

The difference between a pro and an amateur photographer
Want to know how to tell a pro landscape photographer from an amateur? Here are a few telltale indicators:
The megapixel myth

For me the last point, this megapixel thing, is a particular irritation, because until we all get wise to the reality that megapixels are not a measure of image quality (they’re merely a measure of image size), the camera manufacturers will continue shoving megapixels down our throats rather than giving us something of real value, like wider dynamic range or clean high ISO performance. And consider this: All things equal (identical technology), the more megapixels on a sensor, the lower the image quality. That’s because increasing the megapixel count requires smaller and/or more densely packed photosites, both of which reduce image quality.

How much resolution do you need? While there’s no absolute answer, consider that many of my most successful images are jpegs captured many years ago with my six megapixel Canon 10D. The riverside redbud image at the top of this post is one of my top sellers, an image that I still sell at 24×36 without apology.

Here are few more of my 6mp 10D jpeg favorites (all images I have no problem enlarging to 24×36 or larger): 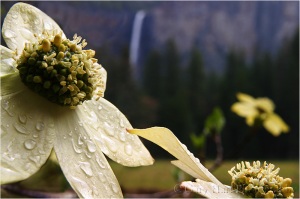 What does all this mean?
It’s hard to deny that digital cameras have improved. A lot. But the new technology is greatly underutilized by most photographers, the majority of whom display primarily online and rarely print larger than 12×18. Granted, more megapixels increase the margin for error (ability to crop a usable image from the original image) of any frame. And improved technology give newer cameras better dynamic range and high ISO performance than their predecessors. But most of these improvements are of limited value to the vast majority of photographers.

Of course photography needs to be a source of pleasure. So if it makes you happy to have the newest, fanciest, and most expensive equipment, by all means go for it. But understand that the latest camera is not a shortcut to professional success. If better photography is your goal, and you have a less than unlimited budget for camera gear, increased resolution should be toward the bottom of the dollar priority list, far below essential equipment that will make a tangible difference in your images and serve you for many years, additions like the highest quality lenses possible and a sturdy tripod that’s easy to carry and use.

Added 3/2/12: I’ve been shooting with the same camera since 2008. In that time I’ve purchased lenses, tripods, four new computers (two desktops, two laptops), a new printer, and lots of processing software upgrades. Each of these purchases has made a tangible difference in my results. And while I’ll probably be replacing my four-plus year-old camera this year, it won’t be to add resolution. It will be because the new technology finally gives me significantly better dynamic range and high ISO performance.

Added 3/8/14: I’ve now been using my 5DIII for two years. Is it better than my 10D? Absolutely, not even close. But I’d say that for at least 80 percent of my images, the differences between my 10D and 5DIII images make virtually no practical difference. So three years after this post, I still say that unless you have an unlimited photography budget, if you already have a DSLR of any vintage, you’re much better off spending your money on the best lenses and tripods (and maybe even a workshop or two).

← Bracketing in the digital age
The other ninety-nine percent →