Sunsets are red because the sky is blue 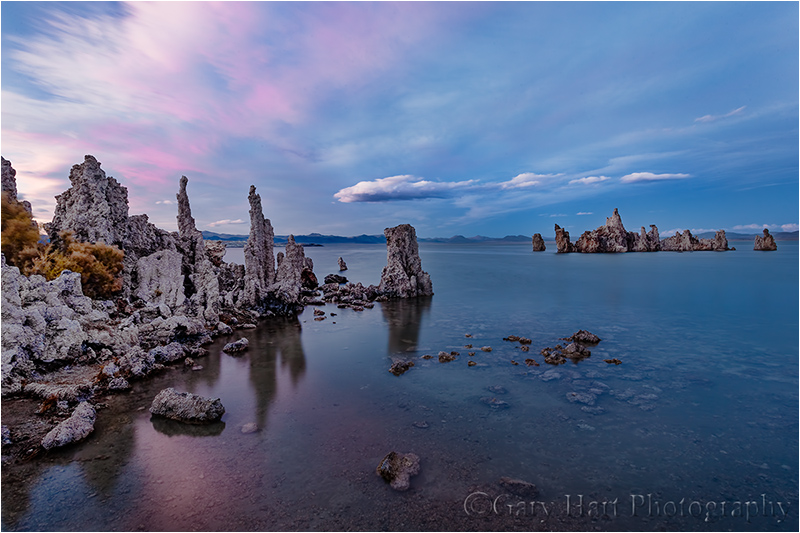 If your goal is a colorful sunset/sunrise and you have to choose between pristine or polluted air, which would you choose? If you said clean air, you’re in the minority. You’re also right. But despite some pretty obvious evidence to the contrary, it seems that the myth that a colorful sunset requires lots of particles in the air persists. If particles in the air were necessary for sunset color, Los Angeles would be known for its incredible sunsets and Hawaii would only be known for its beaches.

But what is the secret to a great sunset? Granted, a cool breeze, warm surf, and a Mai Tai are a great start, but I’m thinking more photographically than recreationally (sorry). I look for a mix of clouds (to catch the color) and sky (to pass the sunlight), with a particular emphasis on a clear western horizon (or eastern for sunrise). But even with a nice mix of clouds and sky, sometimes the color fizzles. Often the missing ingredient, contrary to common belief, is clean air, the cleaner the better. And like most things, it all makes sense when you understand what’s going on.

Understanding sunset color starts with understanding how sunlight and the atmosphere interact to make the sky blue. As you probably know, visible light reaches our eyes in waves of varying length, with each wavelength perceived as a different color. Starting with the shortest wavelengths and moving toward the longest, visible light goes from violet, indigo, blue, green, yellow, orange, and red. (These color names are arbitrary labels we’ve assigned to the colors we perceive at various points along the visible portion of the electromagnetic spectrum—there are an infinite number of colors in between each of these colors.) When a beam of light passes through a vacuum (such as space), it moves in a straight line, without interference, so all its wavelengths reach our eyes simultaneously and we perceive the light as white.

Why is the sky blue?

When light interacts with a foreign object—for example, when a beam of sunlight enters our atmosphere—different wavelengths respond differently depending on the size of the molecules they encounter. If sunlight encounters molecules that are larger than its wavelengths, such as atmospheric impurities like dust or smoke, all its wavelengths bounce off (reflect). Because these large molecules are of varying sizes, a variety of wavelengths (colors) get blended into a hazy sky with a gray or brown cast. If all the wavelengths get bounced equally, the sky will appear white(ish).

When a beam of sunlight hits the much smaller molecules that comprise our atmosphere, such as nitrogen and oxygen, rather than reflecting, some of its wavelengths are absorbed, then scattered in all directions. Because the shorter wavelengths (violet and blue) absorb and scatter most easily, they’re the first to scatter, while the longer wavelengths (orange and red) pass through to color the sky of someone farther away. The more direct the sunlight’s path to our eyes (the less atmosphere it passes through), the more we see the first (blue) wavelengths to scatter. When the sun is high in our sky, its light takes the most direct path through the atmosphere and our sky is blue. In the mountains sunlight has passed through even less atmosphere and the sky appears even more blue than it does at sea level.

When the sun is on the horizon, the light that reaches us has traveled through so much atmosphere that it has been stripped of its blueness (those wavelengths are coloring the sky of someone whose sun is high overhead), leaving only the long wavelengths. This paints our sunrise/sunset sky shades of orange and red.

One problem with pollutants is that large airborne particles absorb light, which subdues the intensity of the sunrise/sunset. But more than subdued intensity, airborne junk just plain muddles color.

Anyone who has blended a smoothie consisting of a variety of brightly colored ingredients (such as strawberries, blueberries, and spinach—yum) knows the smoothie’s color won’t be nearly as vivid as any of its ingredients, not even close. Instead you’ll end up with a brownish or grayish muck that might at best be slightly tinted with the color of the predominant ingredient. That’s what happens to the color when the light has to interact with large airborne particles like dust, smoke, and smog. Because these particles aren’t of uniform size, they each reflect a slightly different color rather than allowing one vivid color to dominate. In the middle of the day pollution means less blue; at sunrise/sunset, it’s less pink, red, and orange.

One of my favorite sunrise/sunset locations is the Eastern Sierra. Its location on the lee side of the Sierra keeps the air relatively pristine, and the clouds formed by the interaction of the prevailing westerly wind’s with the precipitous Sierra crest are both unique and dramatic.

Mono Lake makes a particularly nice subject for the Eastern Sierra’s brilliant shows. Not only does it benefit from the Eastern Sierra’s clean air and photogenic clouds, Mono Lake’s tufa formations and (frequently) reflective surface make a wonderful foreground subject. And the openness of the terrain allows you to watch the entire sunrise or sunset unfold. Many times over the course of a sunrise or sunset I’ve photographed in every direction.

The above image was at the tail end of a particularly vivid Mono Lake sunset. The air was clean and I was very fortunate to get not only clouds and color, but also perfectly calm wind that turned the lake’s surface to glass. As you may have noticed by the 15 second exposure, the color lasted quite long that night, and this was toward the end of the show.

I wanted sharpness throughout the frame, so I stopped down to f16—being on a tripod, the long shutter speed wasn’t a factor. I paid careful attention to orienting my polarizer to pick up the color reflecting on the water in the left side of the frame, while removing enough reflection on the right to reveal the submerged rocks. This resulted in differential polarization in the sky as well, but that was a relatively easy fix with my Dodge/Burn action in Photoshop. The rest of the processing for this image was pretty straightforward, with some noise reduction, a slight crop for framing, selective contrast adjustment, and a little desaturation of the blue channel.

I find that the more I can anticipate skies like this, the better prepared I am when something spectacular happens. I was at the lake well before the color started, but because it looked like all the sunset stars were aligning, I was able to plan my shots well before they arrived. I’m far from perfect at predicting conditions, but the more I learn (and experience), the better I get.

4 Comments on “Sunsets are red because the sky is blue”