Comet PanSTARRS and the Grand Canyon by Moonlight, Yavapai Point

Scheduling most workshops at least a year in advance, it’s easy to forget that distant dates will eventually become current dates. And so as 2013 approached I started looking somewhat askance at my spring schedule. Hmmm…, only four days at home from March 7 to March 29—what in the world had I been thinking? Ten days circling Maui and ten days bouncing between Phoenix, the Grand Canyon, Page, and Sedona seemed like such a good idea at the time, but now that I was actually going to have to pack my suitcase and hit the road (as much as I looked forward to each destination), I seriously wondered if I’d made a mistake. Well, with March 2013 now in my rearview mirror, I’m happy to not only did I survive, I thrived. A little worn around the edges perhaps, but nevertheless quite happy with an unforgettable month of photography and friendship.

Helping me survive March was my good friend and fellow pro photographer Don Smith—Don assisted my Maui workshop, I assisted his Northern Arizona workshop, and we shared the Spring Training experience with Don’s son Aaron. Truth be told, Don and I have far more fun on the road than two grown men should have—we returned from these adventures with a fresh trove of stories that included a beer glass accident resulting in a free dinner for our entire table (thanks, Don), and a car stuck in the mud on a remote dirt road we (I) had no business attempting.

Another March treat that can’t be overstated is the opportunity leading workshops provides to make new photographer friends and reconnect with old ones. Spending hours driving to and from locations, sharing meals, and waiting in the dark for the sun or stars is a great way to get to know people—I never fail to marvel at photography’s ability to bond people with such diverse professions, cultures, interests, and values.

For those of you who haven’t been paying attention, here’s a review of some of the great sights I was blessed with in March (in no particular order):

Regular readers know that I’m a lifelong comet enthusiast, so a major March highlight for me was the opportunity to photograph Comet PanSTARRS from atop Haleakala, the location of the PanSTARRS telescope that discovered the comet. I’m always surprised when people don’t realize how incredibly beautiful (and photogenic!) a comet is, but I’m pretty sure I made a few comet converts this year.

The Grand Canyon delivered colorful sunrises and sunsets each day, and the extreme cold (remember, I’d just returned from Maui) was a reasonable price for avoiding the flat blue skies that frequently make the Grand Canyon so difficult to photograph.

As someone who loves seeing things I’ve never seen, the exotic beauty of Maui’s bamboo forest was a particular thrill.

At Upper Antelope Canyon, not only did our workshop group get the much coveted beams of light, the timing of our tour somehow managed to avoid the crowds at the beam locations. (I’ve photographed there enough to know that this was a total fluke that couldn’t have been planned.) 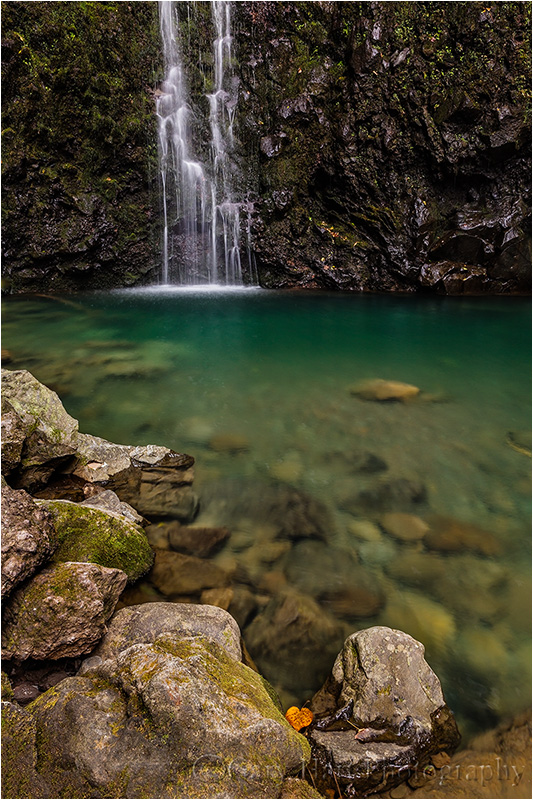 I’ll never tire of the Road to Hana, with a surprise at every turn and a seemingly infinite supply of waterfalls. My goal with each visit is to find something new—this time I scrambled and rock-hopped up a narrow canyon to find a 100 foot waterfall plunging into a translucent turquoise pool. 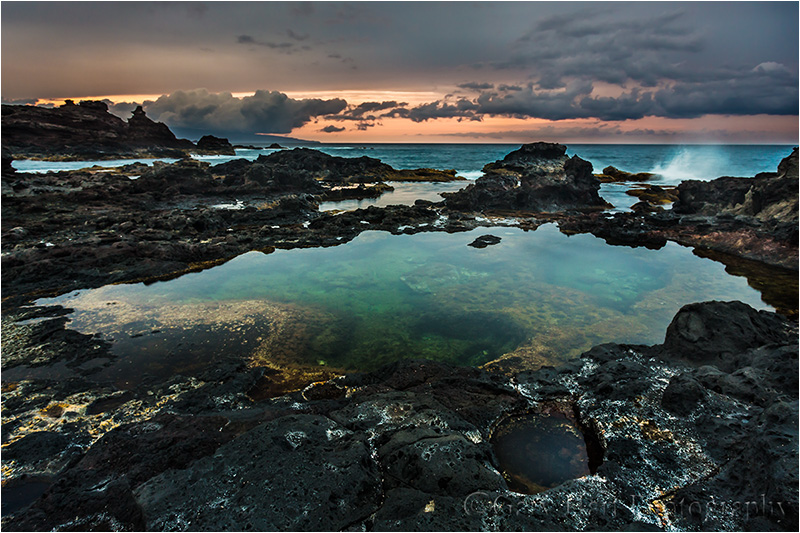 After nearly marooning on a muddy, remote dirt road on West Maui, on our final night Don and I returned to find out whether the spot was worth the trouble—it was.

Comet PanSTARRS and the Grand Canyon by Moonlight, Yavapai Point

I hadn’t expected to be able to photograph Comet PanSTARRS at the Grand Canyon, but after a quick calculation I decided to give it a try. We couldn’t see the comet with our unaided eyes, but I had a pretty good idea where to look, and it showed up beautifully on the LCD. One thing I love about photography is its ability to put nature in perspective. Here we have the Grand Canyon, a cross-section of Earth’s natural history, yet Comet PanSTARRS, while new to us, is probably the oldest thing in this image.

Somehow in the midst of all this photography Don and I managed to indulge my baseball passion by tacking a four day Arizona Spring Training visit to the Northern Arizona photo trip.  The weather couldn’t have been better (unless you don’t like 80 degrees and blue skies) and we got a healthy dose of our (World Champion!) San Francisco Giants. I’ve made this pilgrimage about fifteen times (I’ve lost the exact count) in the last twenty-five years and it never fails to disappoint.

And that was my March, a month that could have battered me but instead reminded me how fortunate I am to do what I do. Bring on April!