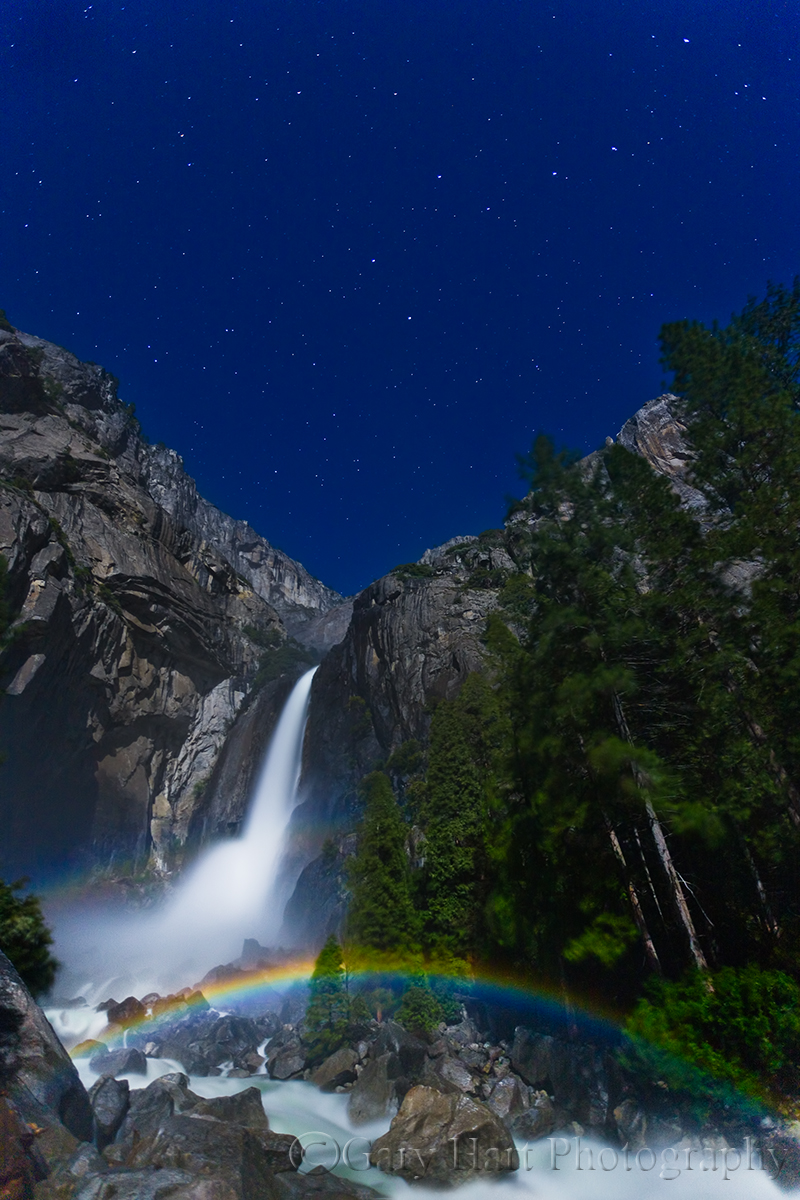 Even though your spellcheck says it doesn’t exist, I promise you that a moonbow is a very real thing indeed (and I have the pictures to prove it). Some argue that “lunar rainbow” is more the technically correct designation, but since that moniker just doesn’t convey the visual magic, I’m sticking with moonbow.

Because a moonbow is a rainbow, all the natural laws governing a rainbow apply. But all the moonbow’s physics can be summarized to:

2) The higher the moon, the lower the moonbow and the less of it you’ll see

3) When the moon is above 42 degrees (assuming flat terrain), the moonbow disappears below the horizon

Each spring, Sierra snowmelt surges into Yosemite Creek, racing downhill and plunging 2,500 feet in three mist-churning steps as Yosemite Falls. Shortly after sunset on spring full moon nights, light from the rising moon catches the mist, which separates and bends it into a shimmering arc. John Muir called this phenomenon a “mist bow,” but it’s more commonly known today as a moonbow.

While a bright moonbow is visible to the naked eye as a shimmering silver band, it isn’t bright enough for the human eye to register color. But thanks to camera’s ability to accumulate light, the moonbow’s vivid color shines in a photograph.

I just returned from the first of two moonbow workshops scheduled for this spring, but haven’t had time to process this year’s moonbow images. The above image was captured a few years ago near the bridge at the base of Lower Yosemite Fall. Not only was it crowded (the moonbow is no longer much of a secret), wind and mist made the necessary 20- to 30-second exposures an exercise in persistence. Not only was I able to capture the moonbow, as you can see, I now have photographic proof that the Big Dipper is the true source of Yosemite Falls.

My 2019 Moonbow workshops are now open 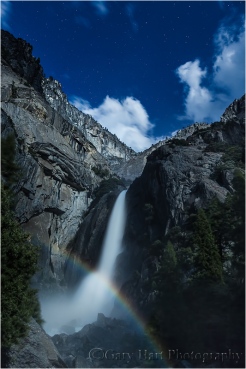 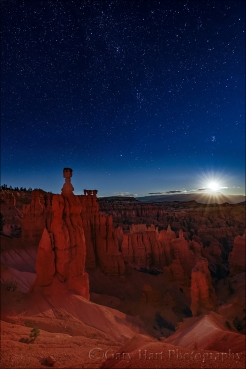 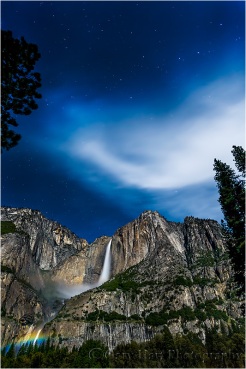 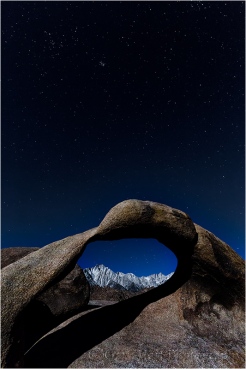 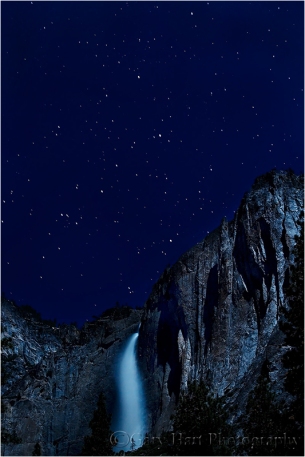 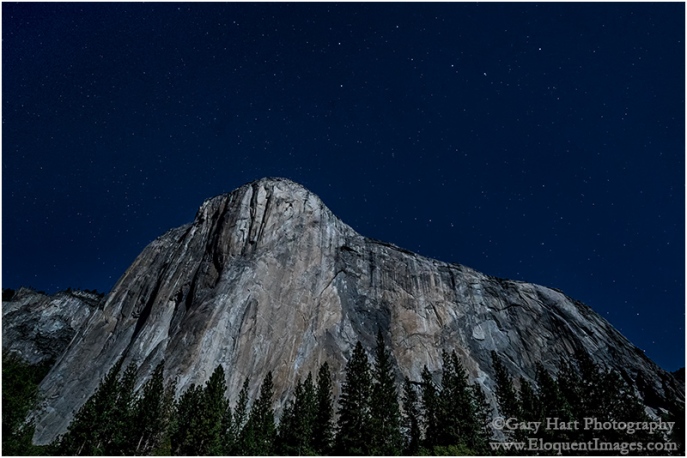 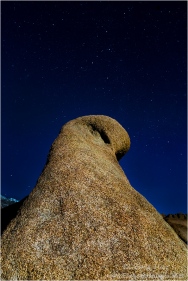 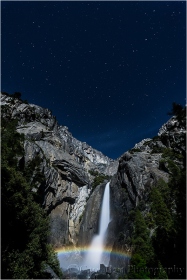 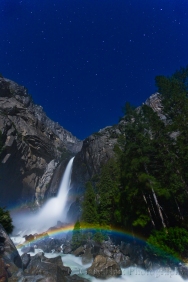 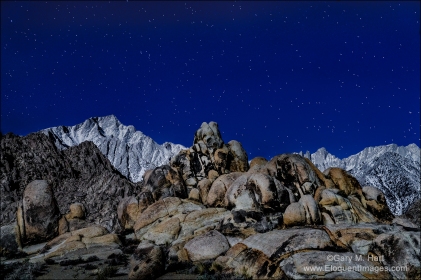 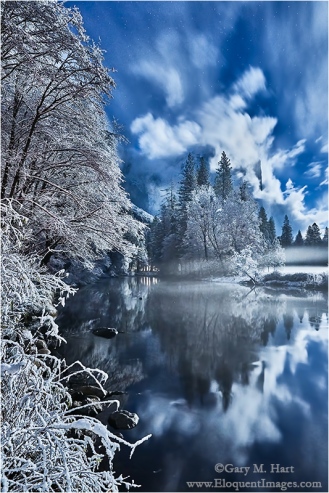 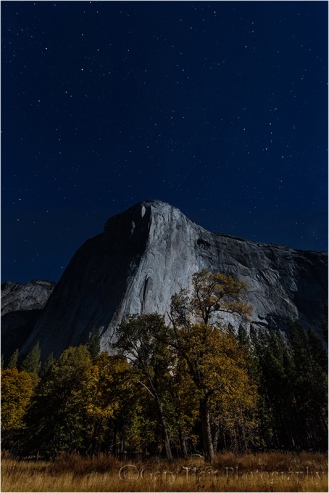 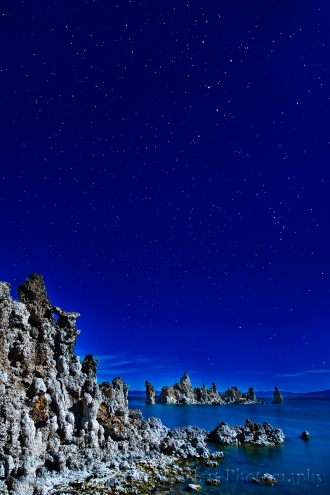 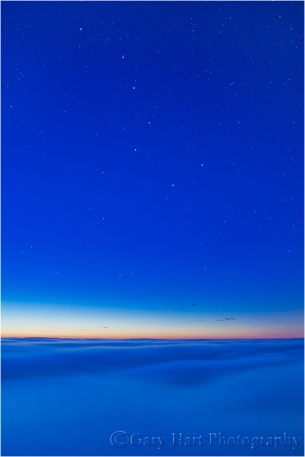 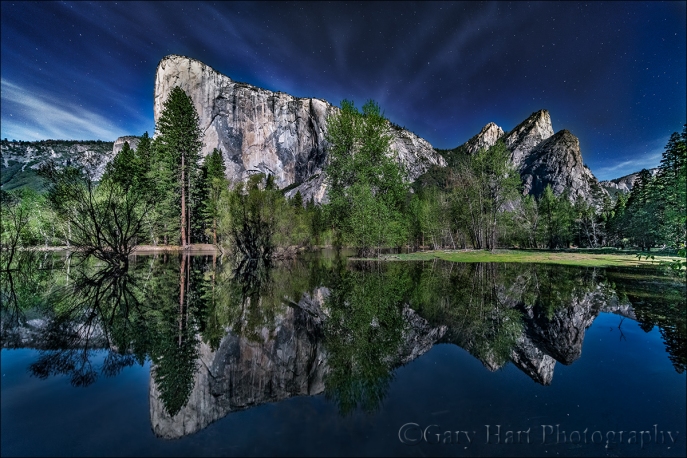 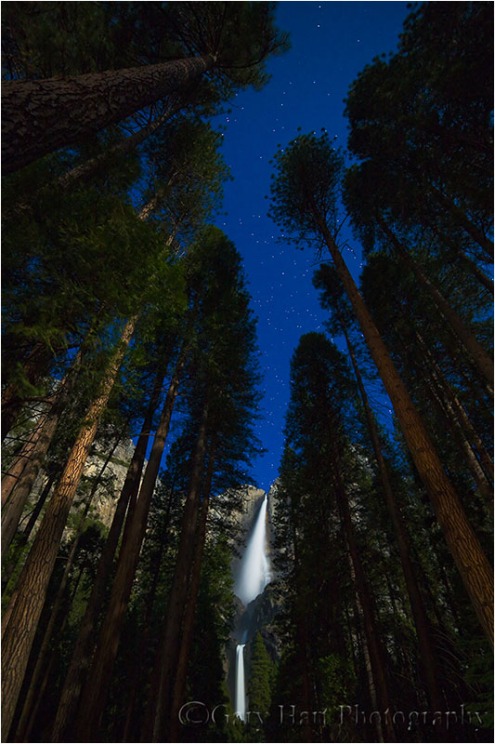 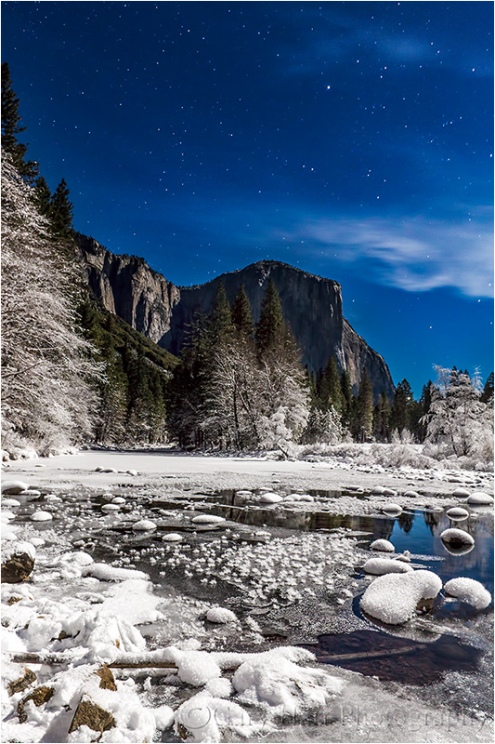 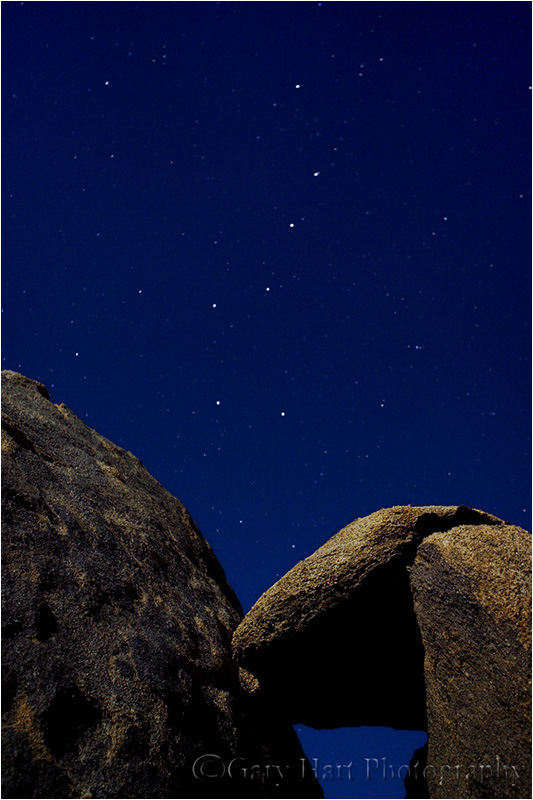 ← Permanent Change
Are you insane? →