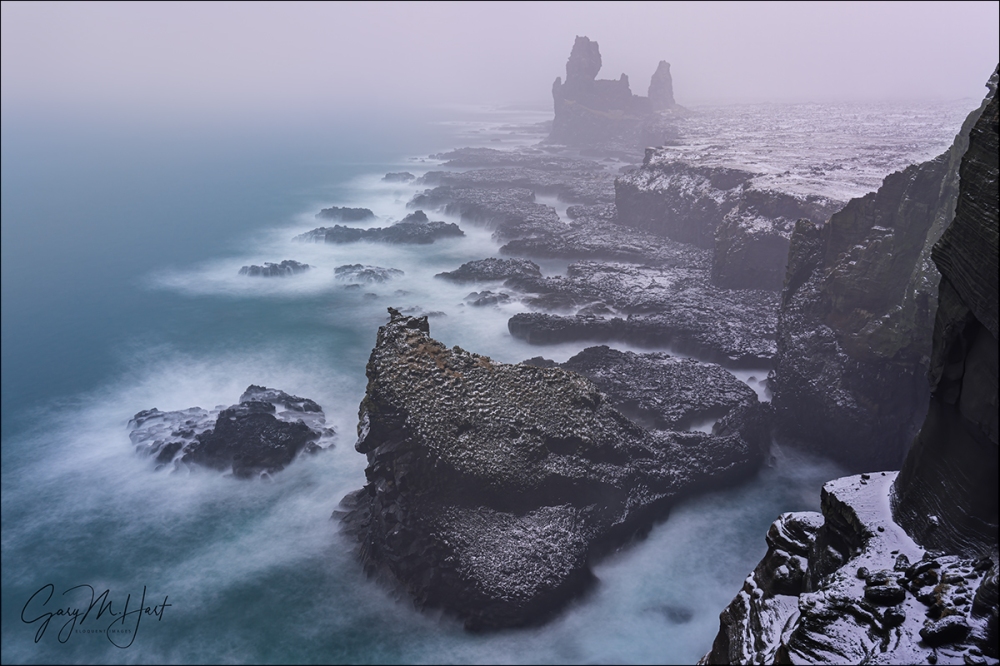 Wherever you are, whatever you’re doing, I hope you’re safe and well.

As nice as it is to stroll up to a scene and find the image of my dreams just sitting there, waiting for you to click the shutter, the most memorable photography usually comes from the shots I have to work for. That “work” can take many forms, but the bottom line is, I prefer feeling like I earned an image. And honestly, photographers can’t afford to just sit around, waiting for a gift from heaven to land on their sensors.

Many years ago I broke down the work that consistently good photography requires into a mnemonic I call, “The 3 P’s of Nature Photography”: 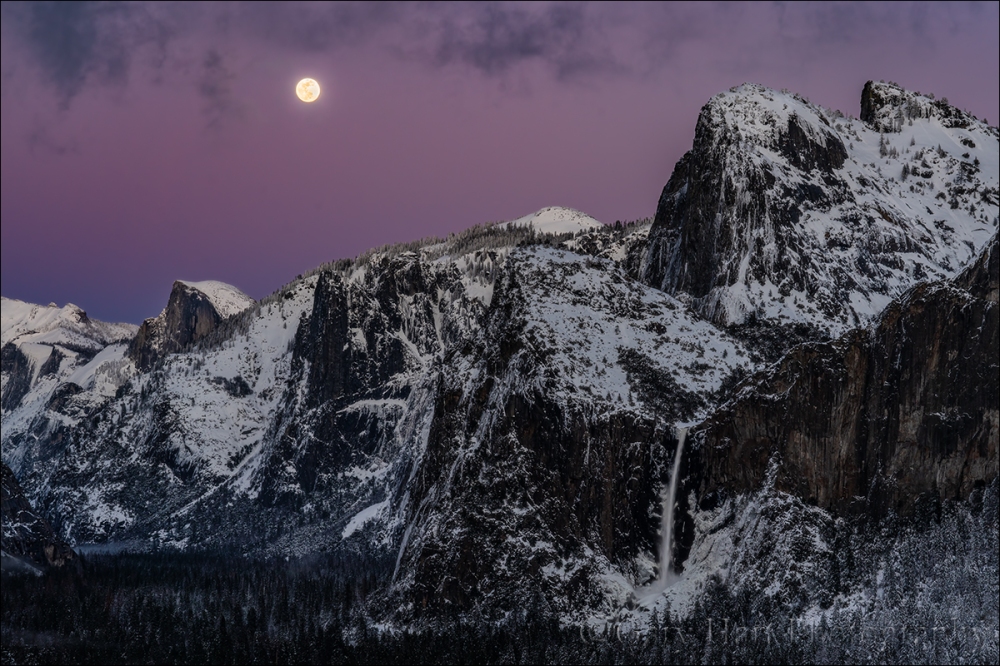 1: Preparation is your foundation, the vision and mastery of your craft that allows you to wring the most from any moment in nature. It’s the experience you’ve earned, the homework you’ve done, and the research that puts you in the right place at the right time. Preparation can take many forms, from laying the foundation of exposure and hyperfocal focus, to researching subjects to learn when the light is best or the waterfall is full. The moon’s appearance above Yosemite Valley on this snowy February evening was no fluke—while (from all appearances) most of the photography world was in Yosemite Valley with their cameras trained on Horsetail Fall, I waited with just a few other photographers at Tunnel View for the moon to appear. The Horsetail Fall crowd was disappointed this evening; we were not. 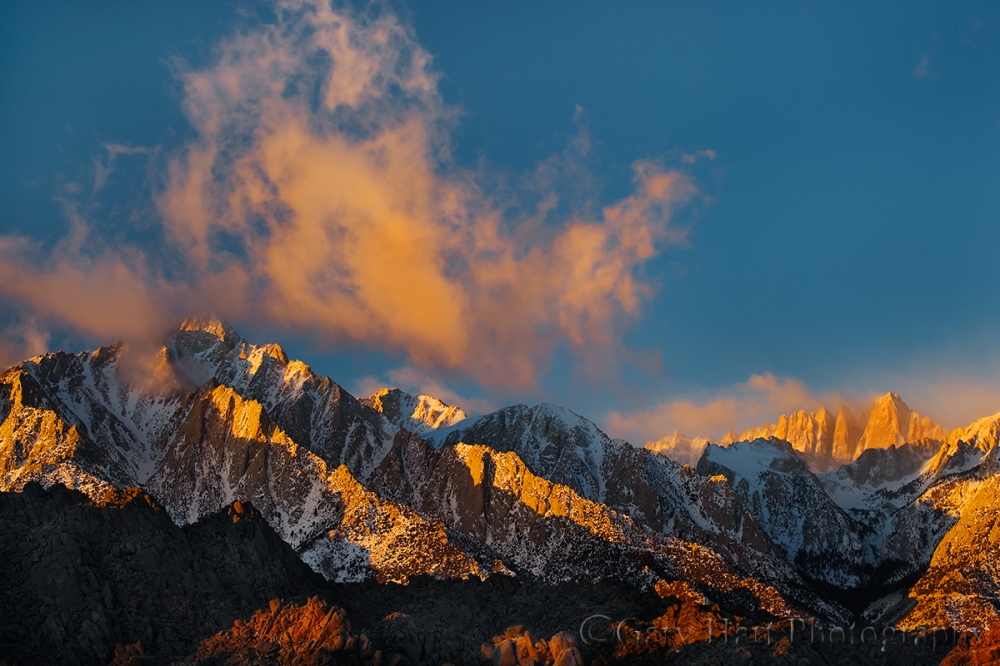 2: Persistence is patience—with a dash of stubbornness. It’s what keeps you going back when the first, second, or hundredth attempt has been thwarted by unexpected light, weather, or a host of other frustrations, and keeps you out there long after any sane person would have given up. Many years ago I was holed up for several days beneath a solid gray deck of low clouds in Lone Pine, waiting for the clouds to lift enough for Mt. Whitney to come out to play. Every morning I’d drive up into the Alabama Hills to wait for for a sunrise that never happened. But I kept going up, and was finally rewarded when the clouds cleared just as the sun crested the Inyo Mountains to the east. 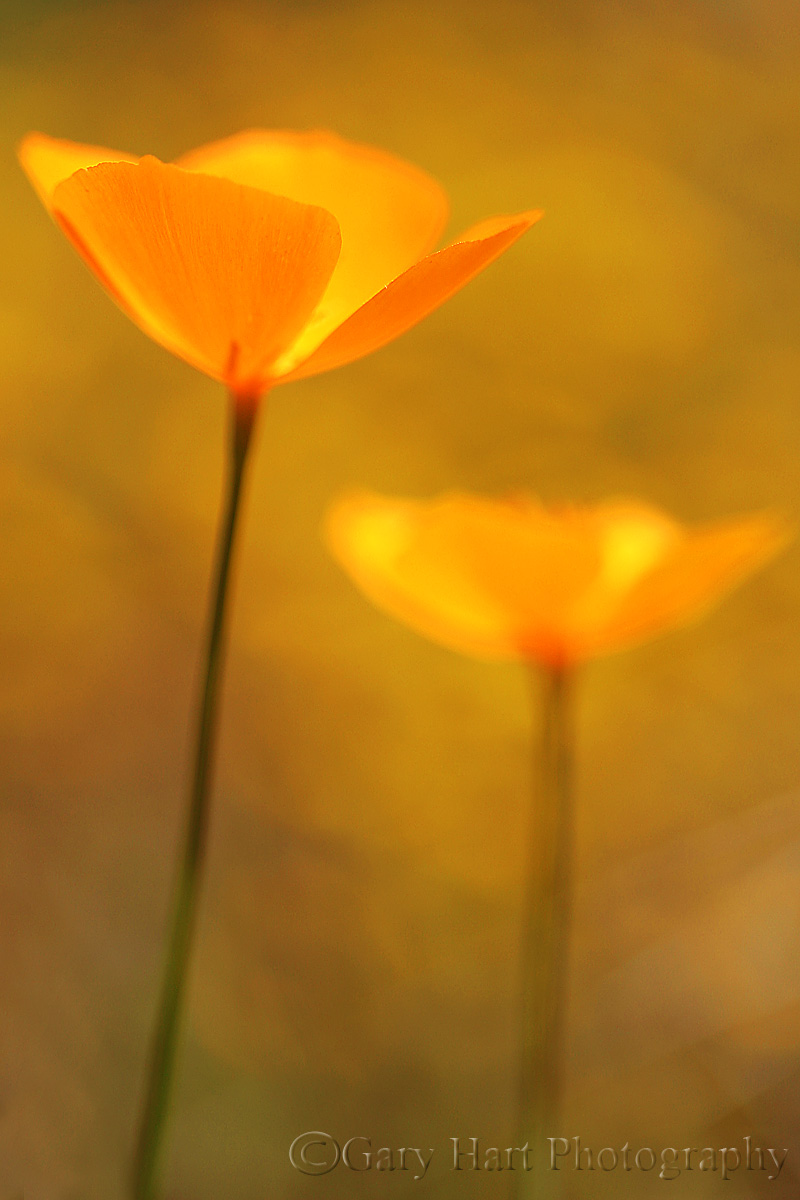 3: Pain is the willingness to suffer for your craft. I’m not suggesting that you risk injury or death for the sake of a coveted capture, but you do need to be able to experience a little discomfort, and to ignore the tug of a warm fire, full stomach, sound sleep, and dry clothes, because the unfortunate truth is that the best photographs usually seem to happen when most of the world would rather be inside. Pain is definitely what I felt as I sprawled on the hard ground to get the best angle for a face-to-face with these poppies. No, my life wasn’t in danger, but have you ever tried micro-focusing on the thin edge of a poppy petal with a sharp rock jabbing your ribs?

Perched on a cliff above the frigid, churning Atlantic felt a little insane, especially given my less than comfortable relationship with heights. But I had found the only place I could get the angle I wanted. Adding to my discomfort was the numbing cold that made me feel like I’d lost my feet below my ankles, amplified by a piercing wind that turned tiny snowflakes into stinging projectiles. But when you schedule a photo workshop for January, as Don Smith and I now do each year, you had better be prepared to suffer a little. And while it has been said that life is pain, my life would have been far less painful had I opted to wait in the idling bus. But to consider missing the opportunity to photograph Londrangar in a snowstorm was, well, inconceivable.

This was our group’s first full day in Iceland, and so far the weather had ping-ponged between miserable and almost miserable. When we arrived at Londrangar, it wasn’t snowing and was merely almost miserable; within 30 minutes a snow-bearing squall blew in and quickly turned things miserable. When wind increased and the visibility decreased, some retreated to the bus, but when the snow started frosting the rocks, I decided to venture out onto the insane cliffs. Was I in danger? I considered the rocky terrain and decided I’d be fine if I watched my step and made no sudden moves. Once I found my composition, I experimented with motion blur and eventually went extreme, employing my Breakthrough 6-stop polarizing ND for a 30-second shutter speed.

Experiences like this remind me that no matter how miserable conditions are, when the photography is good, even when I’m very aware of the cold, I just don’t feel the pain.

Skip to the end

Most of us are probably looking for distractions as the pandemic shutdown enters its second month. The next time you find yourself with a little extra time, or even when you’re crazy-busy but just need a mental break, try picking one of your favorite images and try to identify which (or how many) of the 3 P’s you invested in its capture. Unless I am wrong (and I am never wrong), your shrinking world will feel just slightly better. 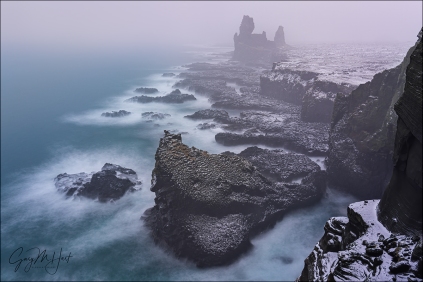 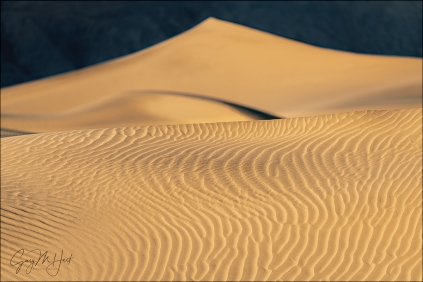 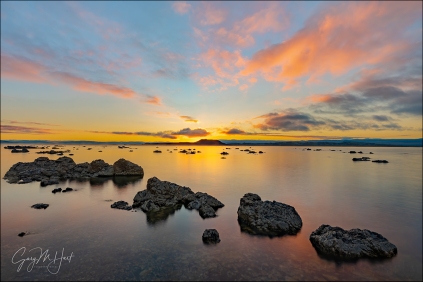 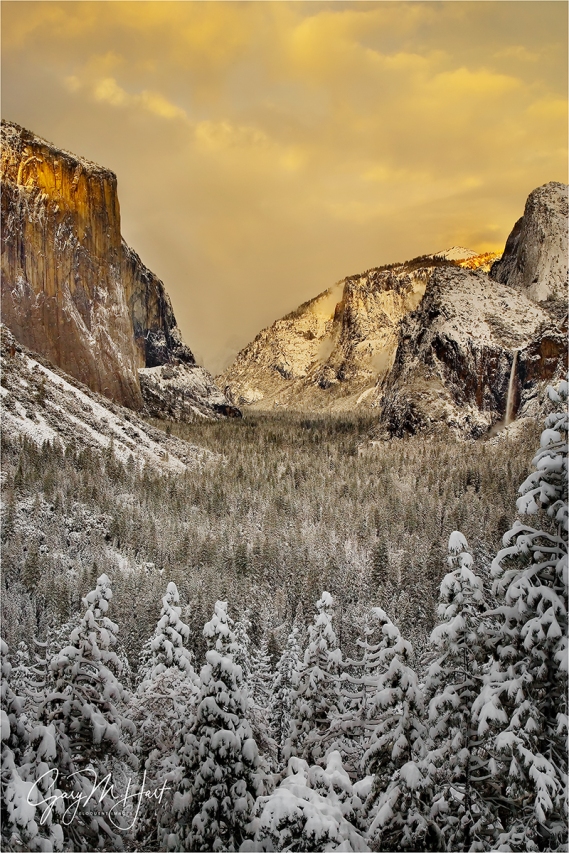 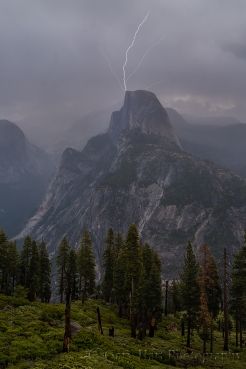 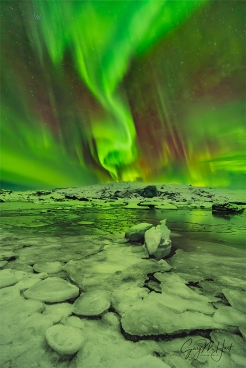 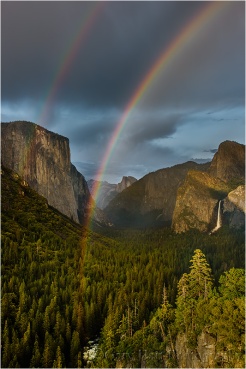 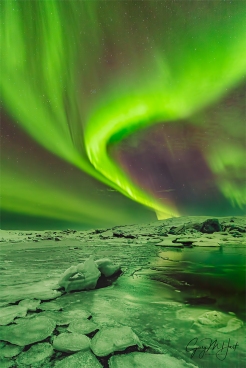 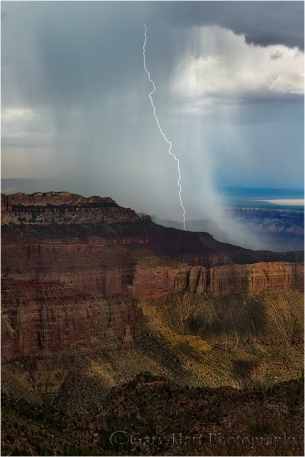 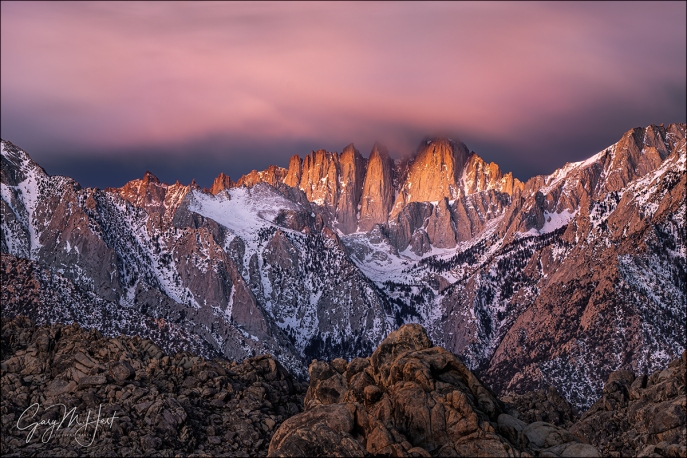 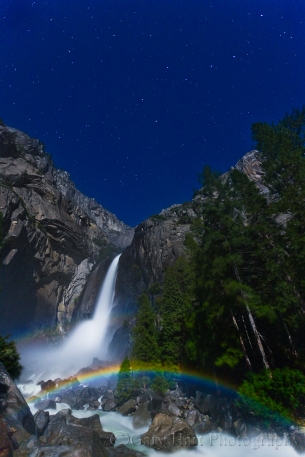 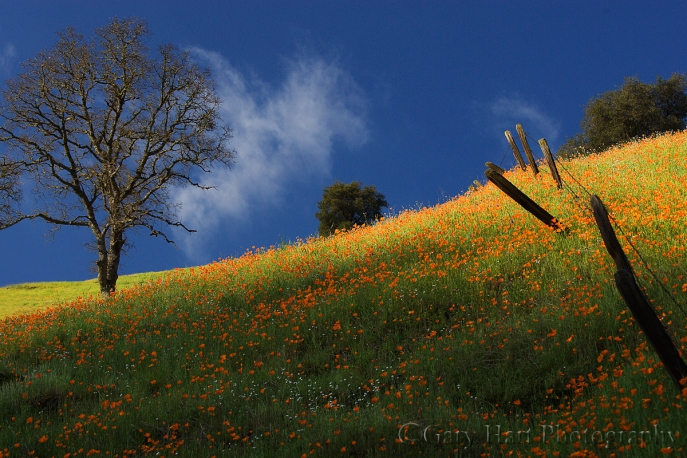 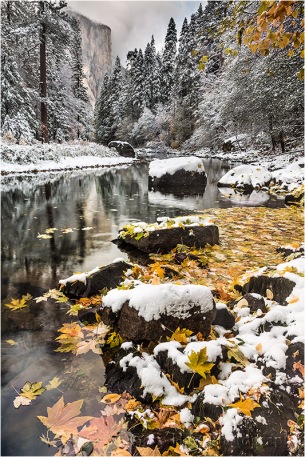 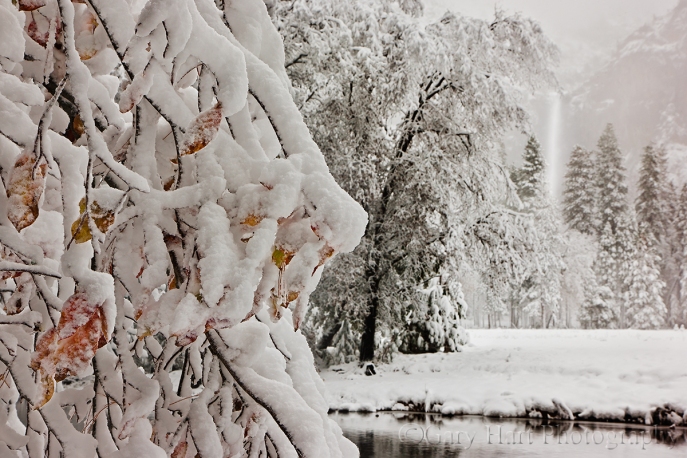 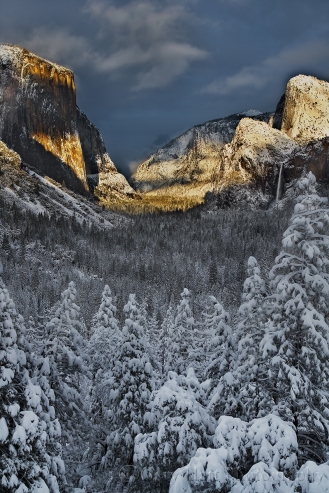 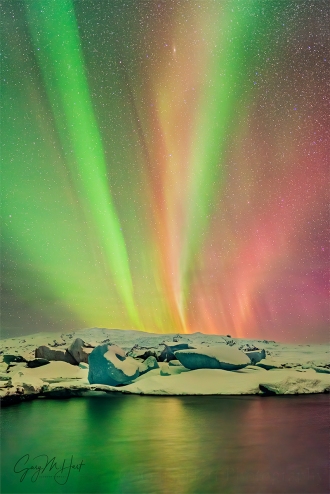 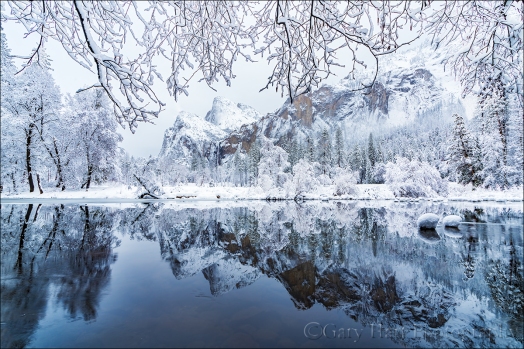 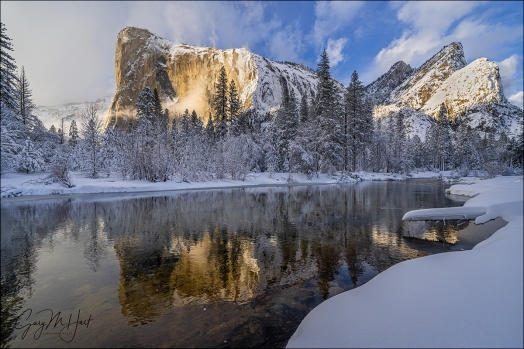 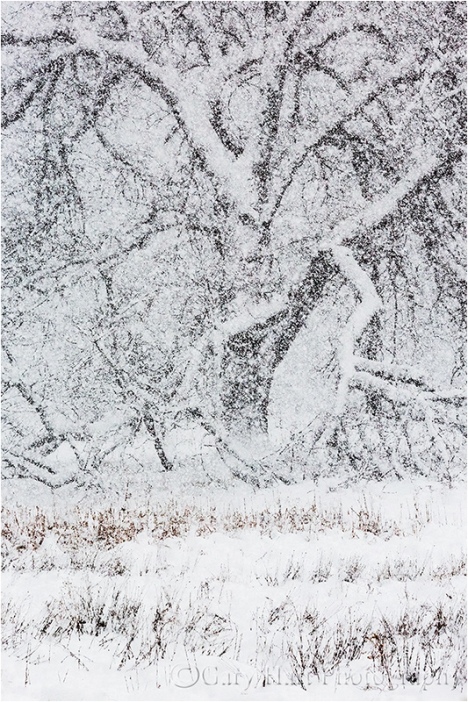 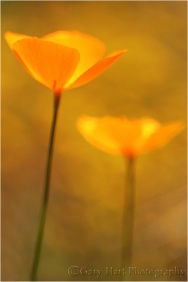 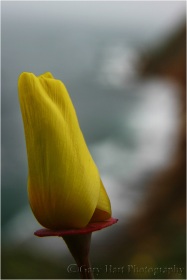 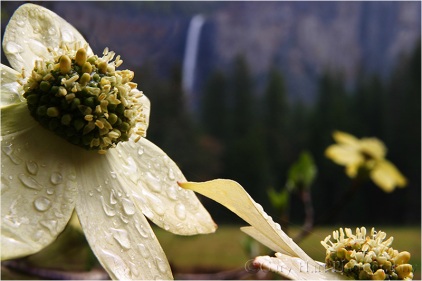 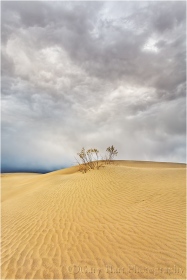 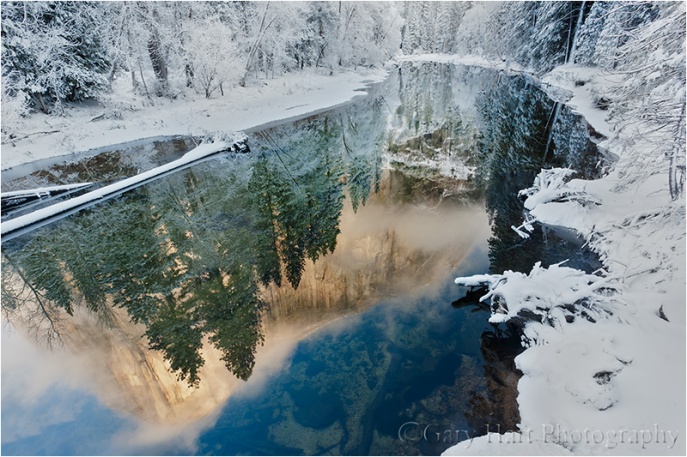 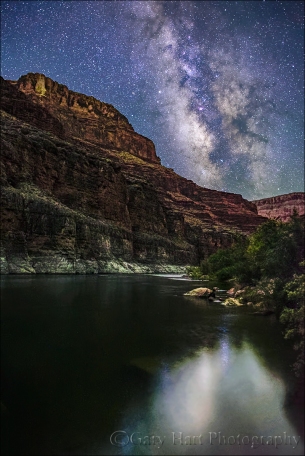 3 Comments on “To the Pain”