I once had a photographer tell me that he didn’t like blurred water images because they’re “not natural.” The conversation continued something like this:

Me: “So how would you photograph that waterfall?”

Misguided Photographer: “I’d use a fast shutter speed to freeze the water.”

Me: “And you think that’s more natural than blurred water?”

Me: “And how many times have you seen water droplets frozen in midair?”

The truth is, “natural” is a target that shifts with perspective. Humans experience the world as a 360 degree, three-dimentional, multi-sensory reel that unfolds in an infinite series of connected instants that our brain seamlessly processes as quickly as it comes in. But the camera discards 80 percent of the sensory input, limits the view to a rectangular box, and compresses those connected instants into a single, static frame. In other words, it’s impossible for a camera to duplicate human reality—the sooner photographers get that, the sooner they can get to work on expressing the world using their camera’s very different but quite compelling reality.

Despite the creative opportunities in their hands (or on their tripod), many photographers expend a great deal of effort trying to force their cameras closer to human reality (HDR, focus blending, and so on)—not inherently wrong, but in so doing they miss opportunities to reveal overlooked aspects of our complex natural world. Subtracting the distractions from the non-visual senses, controlling depth of focus, and banishing unwanted elements to the world outside the frame, a camera can distill a scene to its overlooked essentials, offering perspectives that are impossible in person.

A still image can’t display actual motion, but it can convey the illusion of motion that, among other things, frees the viewer’s imagination and establishes the scene’s mood. While nothing like our experience of the world, a camera can freeze the extreme chaos of a single instant, or combine a series of instants into a blur that conveys a pattern of motion.

Combining creative vision and technical skill, a photographer chooses where on the continuum that connects these extremes of motion will fall: The sudden drama of a crashing wave, or the soothing calm of soft surf; the explosive power of a plunging river, or the silky curves of tumbling cascades. Or perhaps someplace in the midrange of the motion continuum, stopping the action enough that discrete elements stand out, but not so much that a sense of flow is lost.

One question I’m quite frequently asked is, “How do I blur water?” And while there’s no magic formula, no shutter speed threshold beyond which all water blurs, blurring water isn’t that hard (as long as you use a tripod). In fact, when you photograph in the full shade or cloudy sky conditions I prefer, it’s usually more difficult to freeze moving water than it is to blur it (which is why I have very few images of water drops suspended in midair).

In addition to freezing motion or revealing a pattern of motion, an often overlooked opportunity is the smoothing effect a long exposure has on choppy water. I photograph at a lot of locations known for their reflections, but sometimes I arrive to find a wind has stirred the water into a disorganized, reflection-thwarting frenzy. In these situations a long exposure can smooth the chop, allowing the reflection to come through. Rather than the mirror reflection I came for, I get an ethereal, gauzy effect that still captures the reflection’s color and shape.

The amount of water motion blur you get depends on several variables:

Of these variables, it’s shutter speed that gets the most attention. That’s because focal length and subject distance are compositional considerations, and we usually don’t start thinking about blurring the water until after we have our composition. (This is as it should be—when composition doesn’t trump motion, the result is often a gimmicky image without much soul.)

You have several tools at your disposal for reducing the light reaching your sensor (and thereby lengthening your shutter speed), each with its advantages and disadvantages:

Because blurring water depends so much on the amount of light reaching your sensor, I can’t emphasize too much the importance of actually understanding metering and exposure, and how to manage the zero-sum relationship between shutter speed, aperture (f-stop), and ISO.

Back in the film days, we used to bracket (multiple clicks of the same scene with minor adjustments) for exposure. But in today’s world of improved dynamic range and pre- and post-capture histograms, exposure bracketing is (or at least should be) limited to photographers who blend multiple exposures. Today I only bracket for scene changes that will give me a variety of images to choose between later.

Often my scene bracketing is for depth of field, as I run a series of clicks with a range of f-stops, then decide later whether I want a little or a lot of DOF. But my most frequent use of scene bracketing is to capture a variety of water motion effects. I start by finding a composition I like, then adjust my shutter speed (compensating for the exposure change with ISO and/or f-stop changes) to get different motion blur.

River and stream whitewater is usually (but not always) fairly constant, so my adjustments are usually just to vary the amount of motion blur. But when I’m photographing waves, the timing of the waves is as important as the motion blur. It helps to stand back and observe the waves for a while to get a sense for any patterns. Watching the direction of the waves and the size of the approaching swells not only allows me to time my exposures more efficiently, it also keeps me safe (and dry).

Few images validate the power of the camera’s unique vision better than a scene etched with the parallel arcs of rotating stars (yes, I know it’s not actually the stars that are rotating). Nothing like human reality, the camera’s view of the night sky is equal parts beautiful and revealing. (Can you think of a faster, more effective way to demonstrate Earth’s rotation than a star trail image?)

Here are the factors that determine the amount of stellar motion: 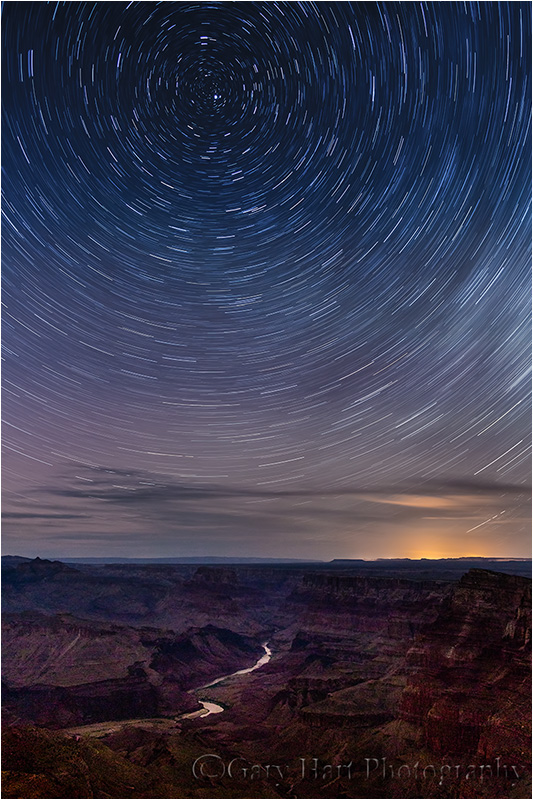 As with water motion, you can choose between a long exposure that exaggerates stellar motion, or a shorter exposure that freezes the stars in place to display a more conventional night sky (albeit with more stars than our eyes can discern).

The other end of the motion continuum is stopping it in its tracks with an exposure of extremely short duration. Sometimes simply to avoid blurring something that should be stationary, like flowers or leaves. But just as a long exposure can blur water to reveal patterns in its motion that aren’t visible to the unaided eye, using a short exposure to freeze a fast moving or ephemeral subject freezing can reveal detail that happens too fast for the unaided eye to register.

Stopping motion in an image often requires exposure compromises, such as a larger than ideal aperture or ISO, or removing a polarizer. In my landscape world, f-stop rules all, so I won’t compromise my f-stop unless it’s truly irrelevant—for example, when everything in the scene is at infinity at all f-stops. And I’m reluctant to remove a polarizer because its effect, even when small, can’t be duplicated in Photoshop. Fortunately, compromising ISO is relatively painless given today’s digital cameras stellar high ISO capabilities.

Wind-blown leaves, breaking surf, and plummeting waterfalls examples of detail that can be frozen in the act, but my favorite example of an instant frozen in time is a lightning strike. Lightning comes and goes so fast that the human experience of it is always just a memory—it’s gone before we register its existence. Read how to photograph lighting in my Lightning article in the Photo Tips section of my blog.

So what’s the point?

In the static world of a photograph, it’s up to the photographer to  to create a sense of motion. Sometimes we achieve this with lines that lead the eyes through the scene, but even more powerful is an image that uses motion to tap its viewers imagination. Whether it’s freezing an instant, or connecting a series of instants in a single frame, the way you handle motion in your scene is a creative choice that’s enabled by your creative vision and technical skill. 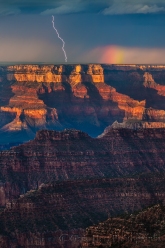 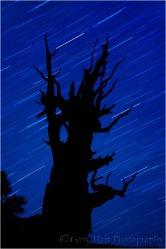 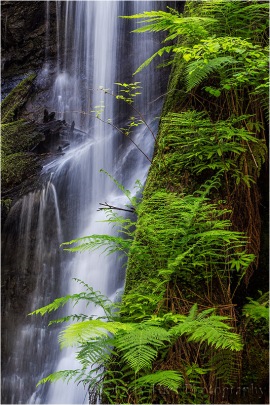 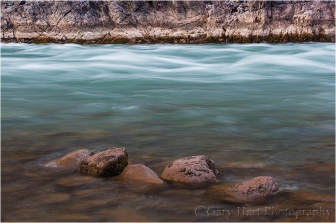 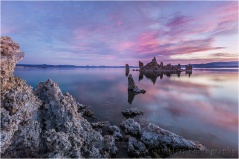 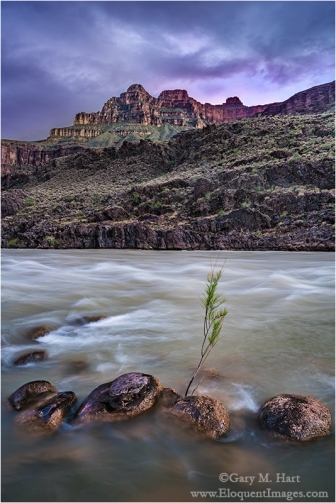 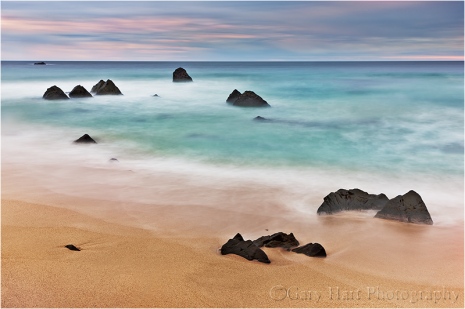 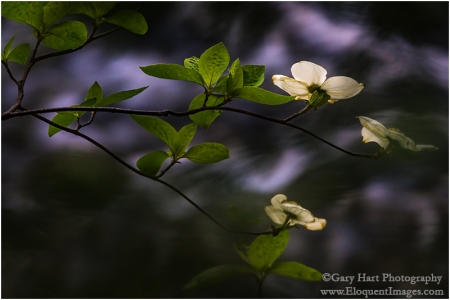 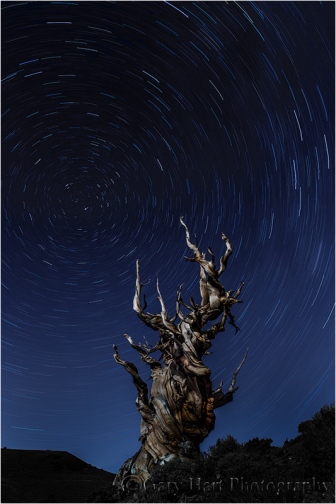 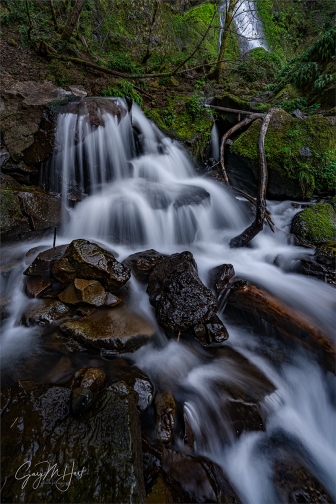 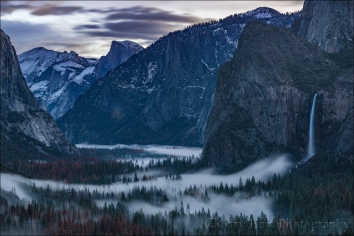 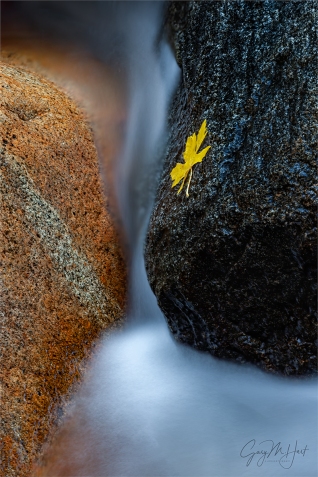 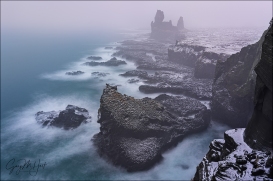 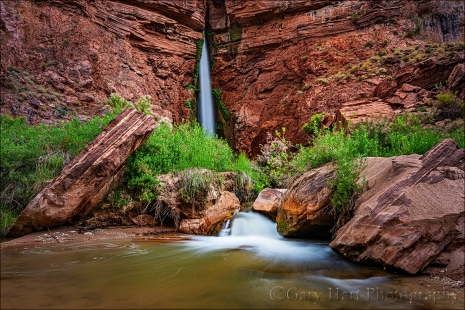 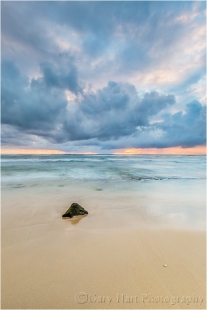 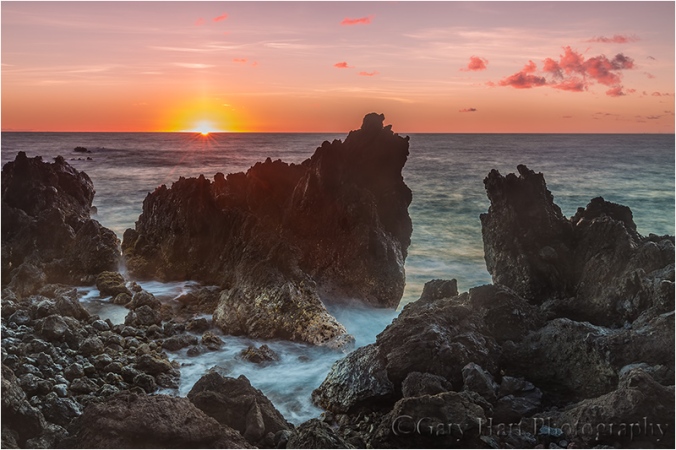 If you see an image you like here, you can purchase a print on my website (notify me if you can't find the image you're interested in)