It’s no secret that a prime benefit of mirrorless photography is the smaller form-factor of the bodies and lenses. And while I was looking forward to lightening my bag when I made the switch, it turns out that my first mirrorless thought wasn’t, “Oh gee, this bag is so light!” (it was). My first thought was actually, “Oh gee, look at all that extra room!”

While everyone knows that nature abhors a vacuum, it appears that nature photographers do too. Rather than leave that space empty and revel in my eased burden, I opted to fill every cubic inch with more gear. So, in a bag that was formerly maxed out with one Canon SLR body and four lenses covering 16mm to 200mm, I now carry three mirrorless bodies and four lenses that go from 16mm to 600mm. It’s the heaviest bag I’ve ever carried—and I love every ounce of it.

Occupying the most bag real estate (and weight!) is a Tamron 150-600mm lens (and Metabones adapter). My original thought when I purchased the Tamron was that I’d leave this beast in the car and only lug it out for very specific uses (much the way I used my Canon 100-400). But I’ve been having so much fun doing long telephotos with the 150-600 that I suck it up and pack it out pretty much everywhere I go.

I had particular fun with the big Tamron on my recent Grand Canyon trip. With distant vistas at virtually every stop, Grand Canyon provides infinite opportunities for the isolation and compression shots an extreme telephoto lens does so well. Suddenly I was enjoying familiar vistas in brand new ways—far off rock spires and buttes suddenly filled my entire frame, the distance separating receding ridges compressed until they lined up like a column of dominos, and the sun’s throbbing disk expanded on the horizon like a hot air balloon.

On the final sunset of our second workshop, Don Smith and I guided the group to Desert View, where we all spread along the rim west of the Watchtower. The canyon was extremely hazy, but I told everyone in the group within earshot that the haze would subdue the sun enough that we’d probably get that red rubber ball sun as it dropped from view.

I wasn’t planning to shoot, but as I stood on the rim working with the students (who were by now pretty independent anyway), I couldn’t resist setting up my tripod and breaking out the 150-600. Anticipating where the sun would reach the horizon, I moved a little east to balance it better with the most striking features in the view. Then I framed up my composition and waited for the sun to slip into the haze. With the help of my 3-stop Singh-Ray reverse graduated neutral density filter, I was indeed able to retain some yellow in the sun while still capturing silhouettes of the ridges stacked all the way to the horizon.

When I got the image home and opened it in Lightroom, the canyon was completely black, and the sun was a white disk. But tugging the Shadows slider to the right pulled out the silhouettes you see here (with remarkably little noise), and dragging the Highlights slider all the way to the left filled almost the entire sun with yellow (a thin band of white remained along the top edge, which I touched up in Photoshop). While the sun appeared more red to my eye, I was thrilled to get any color at all. 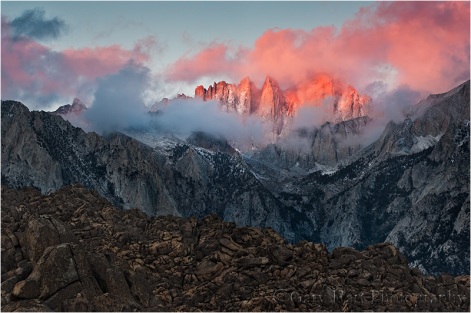 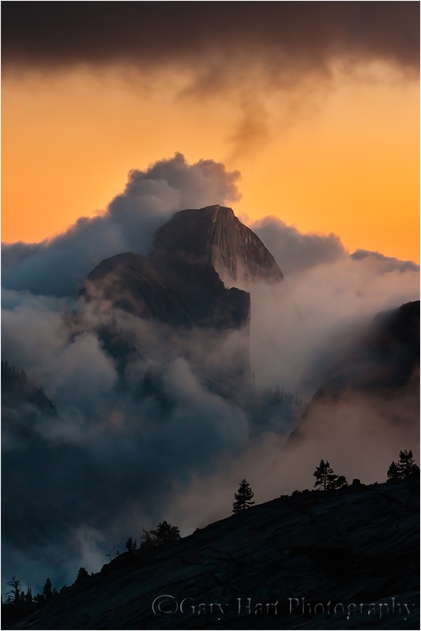 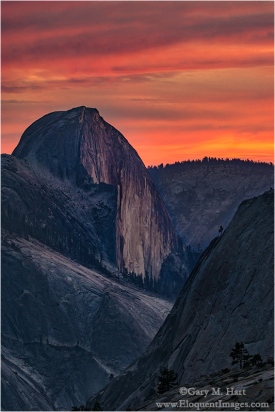 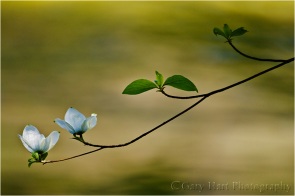 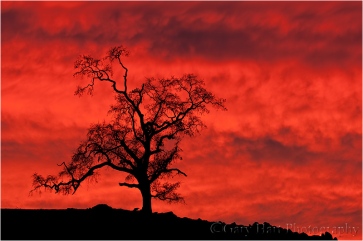