For those who don’t recognize it, this is the much-photographed willow tree that inhabits Lake Wanaka on New Zealand’s South Island. I’ve seen it described “the most photographed tree in the world,” and while I doubt that’s true, it is at least among the world’s more photographed trees.

Seeing a popular subject like this for the first time is a lot like meeting a celebrity. While I’ve never been one to be terribly star-struck by famous subjects, I could certainly understand the tree’s appeal—a graceful trunk and spreading branches beside a shimmering lake beneath snow-capped peaks. Adding to the tree’s appeal is the fact that it usually juts from the lake and is surrounded by reflections.

Though we’d heard stories of mornings with close to 100 photographers crowding around the tree, the morning Don and I visited, the crowds had no doubt been kept at bay by a recent drought that has exposed the tree’s base, and by temperatures in the 20s. We were fortunate to share the scene with a half-dozen or so other good natured photographers who were more than happy to work together to ensure that no one was in anyone else’s way.

I was well aware of the popularity of this tree, and the difficulty of finding a fresh interpretation on my one-and-only visit. But that didn’t keep me from doing my best, and for such a simple image, there’s a lot going on behind the scenes to make it happen: foreground/background relationships, framing, depth of field, motion, and light all factored into my creation of this image.

Don and I had walked down to the tree the night before, so I’d had 12 hours or so to chew on my approach. Evaluating the scene in the pre-dawn gloaming, I started by determining the background I wanted. Since the snowy peaks were easily the most striking background feature, I found a position that I thought best aligned the peaks with the tree, eliminating most of the less appealing brown peaks on the right and all of a grove of evergreens on the left. But this just established the line I needed to be on—I still had to find the right distance and framing.

Since I didn’t find the exposed lakebed terribly appealing, and the pre-sunrise sky was pretty boring, I wanted a tight composition that minimized both. Most of the other photographers seemed to be shooting the scene fairly wide, but I found that by moving about 40 back from the tree, at around 70mm I could both compress the distance to the mountains and fill my frame with the tree. But 70mm created depth of field considerations that required careful selection of my f-stop and focus point. My DOF app told me that stopping down to f/16 and focusing about 40 feet behind the tree gave me sharpness from the tree back to the mountains, a fact I confirmed on my LCD after clicking this frame.

There was no wind to move the branches, but the lake surface was slightly disturbed by small waves. Because this was about 20 minutes before sunrise, the scene was still fairly dark and I had no problem using a long exposure to flatten the water.

But how much light? Often when presented with a striking tree, I try to put the tree entirely against the sky and underexpose slightly, so the tree stands out in silhouette. But the only way to position this tree against enough sky for an effective silhouette would have been to lay beneath it and shoot up. Not only would this have required an extremely wide focal length that would have shrunk the mountains and introduced far too many other less interesting elements, it would have also put me smack in the middle of everyone else’s frame.

Instead of a silhouette, I went the other direction, giving the scene extra light to allow the dark tree stand out in contrast to the bright lake, mountains, and sky. I’m not sure I would have tried this high-key solution had a silhouette been feasible, but in hindsight this was clearly the way to go. It’s a good reminder to not get so stuck in my conventional approach that I lose sight of other possibilities.

Join Don Smith and me in New Zealand next year

A Gallery of Outstanding Trees 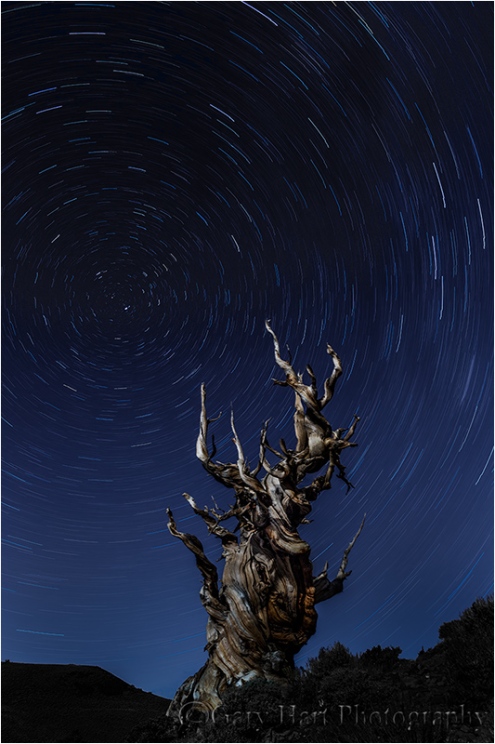 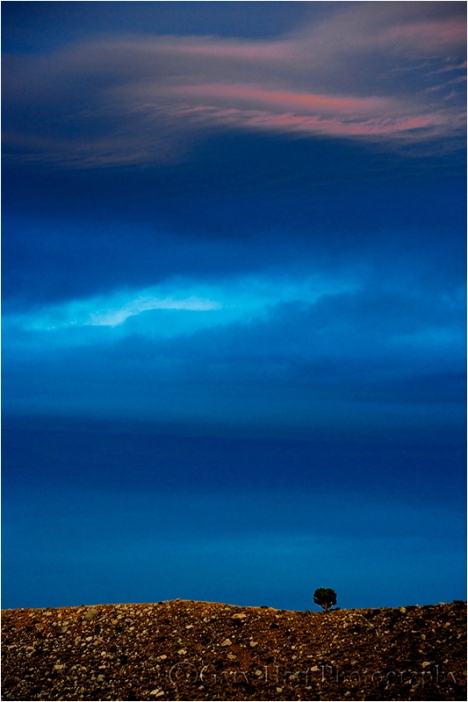 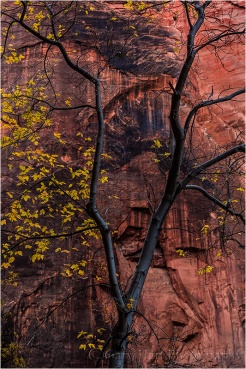 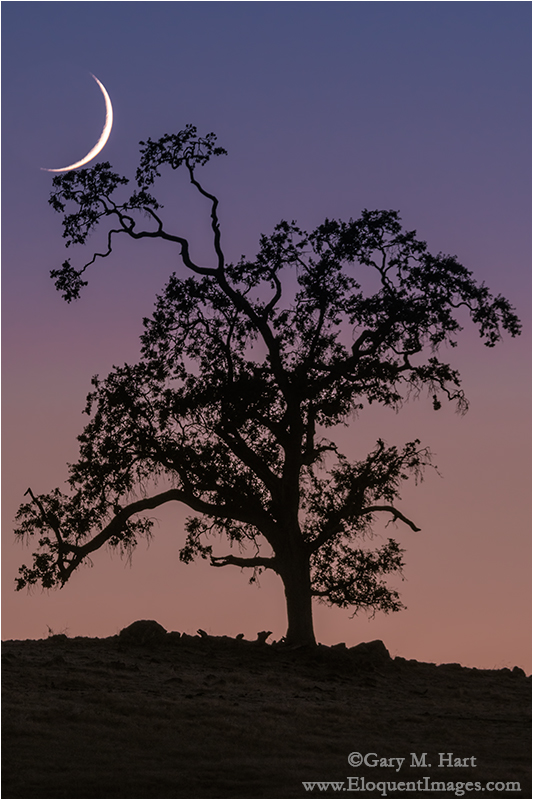 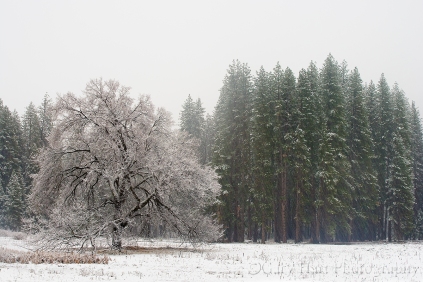 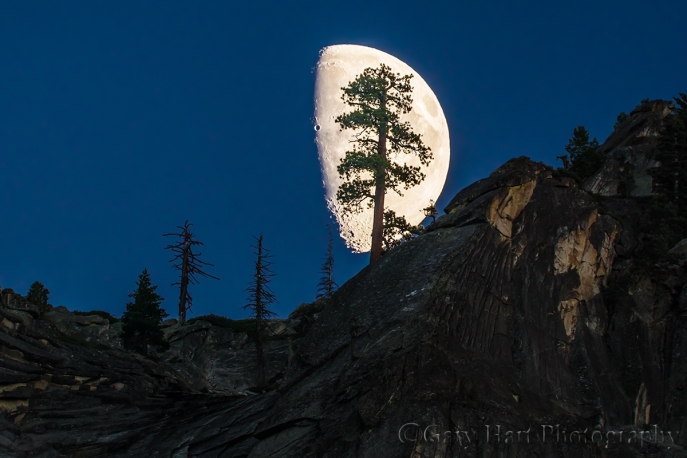 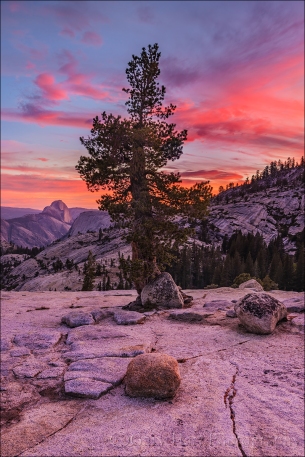 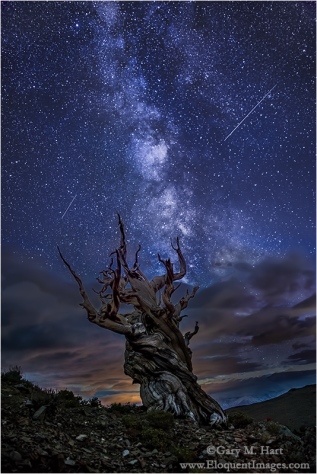 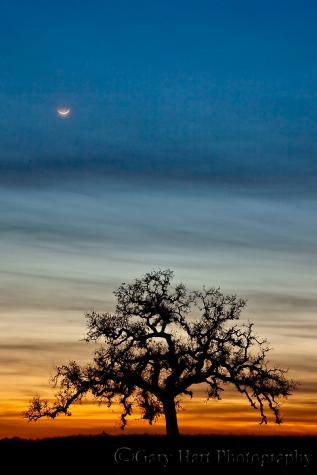 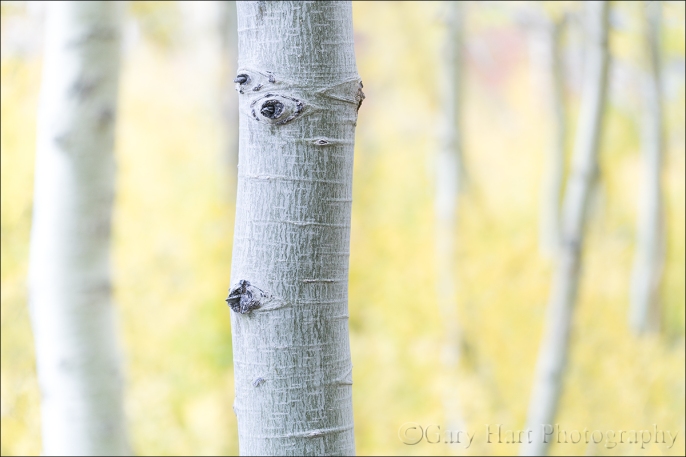 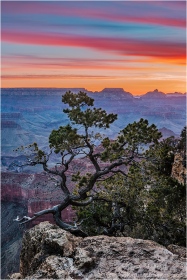 8 Comments on “Meeting a celebrity”