Waiting for the Stars 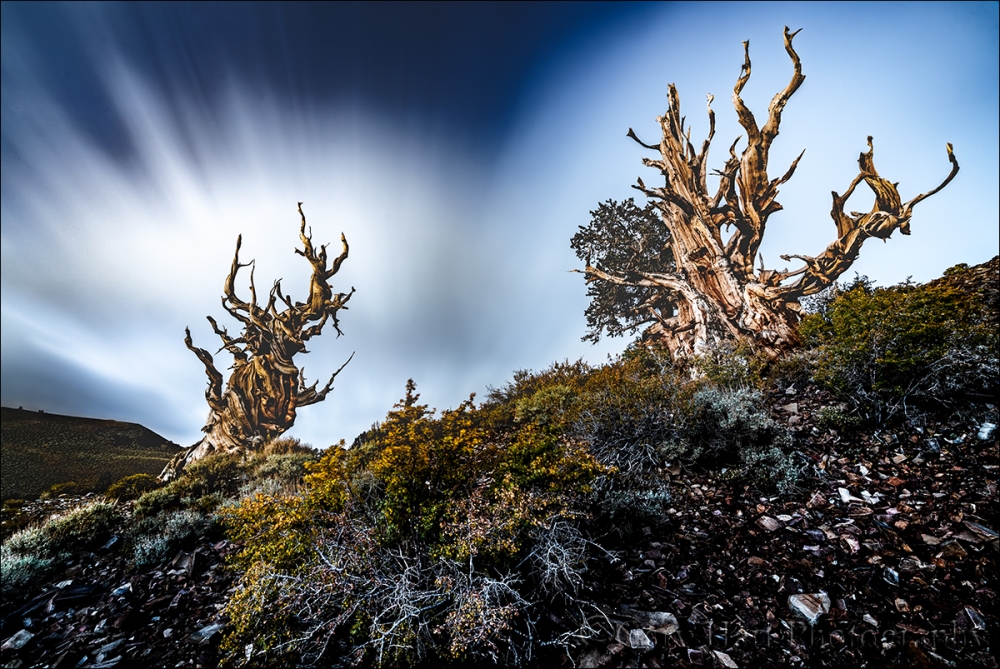 The bristlecone pines are among the oldest living organisms on earth. Some of these trees pre-date the Roman Empire by 2000 years—and they look every year of their age. The more harsh a bristlecone’s environment, the longer it lives.

As with the giant redwoods, it’s humbling to be among the bristlecone pines. What they lack in bulk they make up for in character, with their corkscrew branches, gnarled trunks, and intricate texture that make them fascinating subjects from any angle or distance, with any lens from wide to macro.

The plan this evening was to photograph these trees until sunset, then wait until dark and photograph them beneath the Milky Way. Despite an afternoon that included rain, fog, and lots of overcast, my hardy Eastern Sierra workshop group bundled up and toughed it out with the hope we’d get lucky. Occasionally patches of clear sky would tease us, only to vanish as quickly as it appeared.

Not getting what you came for is no reason to put the camera away, and I encouraged everyone to keep shooting while we waited. Because I was preparing everyone for a potential night shoot, I just found a composition I liked, set up my tripod in the fading light, and clicked a frame every couple of minutes.

When the darkness was nearly complete and there was still no sign of the Milky Way, we decided it head back down to the cars. I like to be the last one down the trail when we come out of the bristlecones in the dark, so I shot for a few more minutes while the rest of the group packed up. This image is my final frame of the evening. With no moon and a mostly cloudy sky, it was too dark to effectively compose and focus, so I stuck with the composition I’d started with when it was brighter. I used a 30-second exposure at f/11 and ISO 400 to capture more light than my eyes saw. That long exposure also really conveyed the motion in the clouds that had been whipping around overhead all evening. The rather ethereal quality I captured here is a perfect example of why twilight is an underrated time for photography. 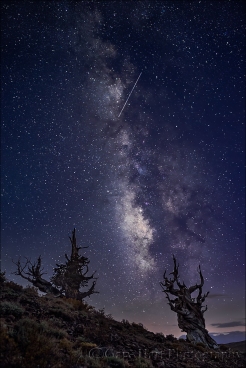 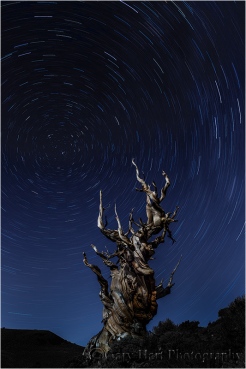 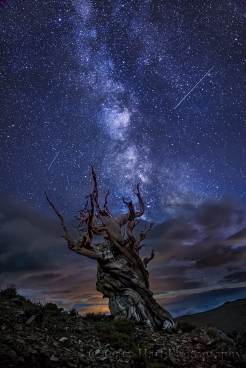 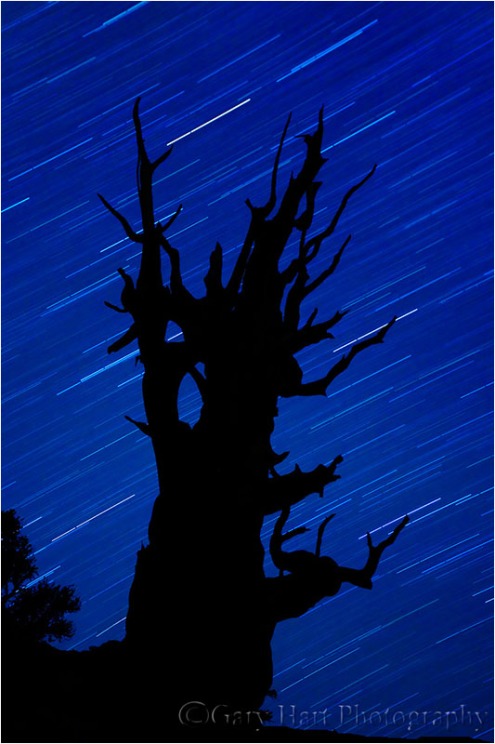 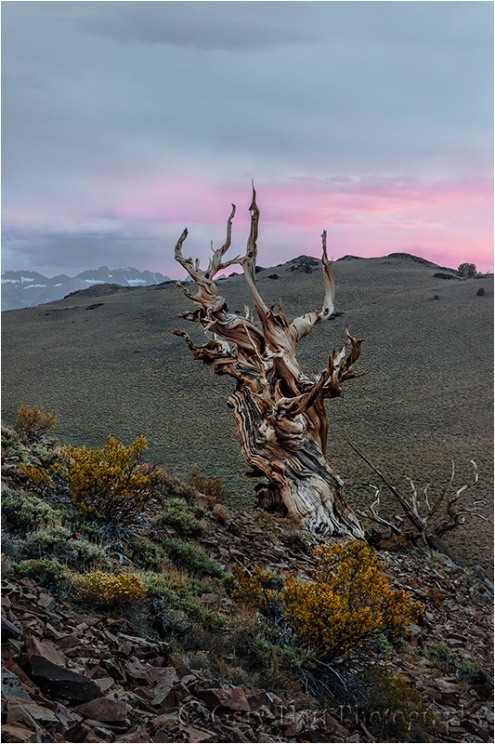 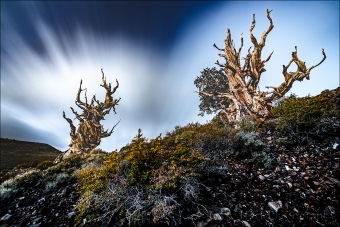 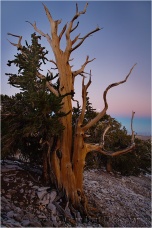 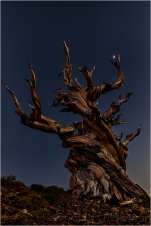 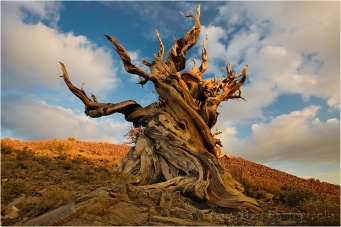 2 Comments on “Waiting for the Stars”