There’s A Draft In Here 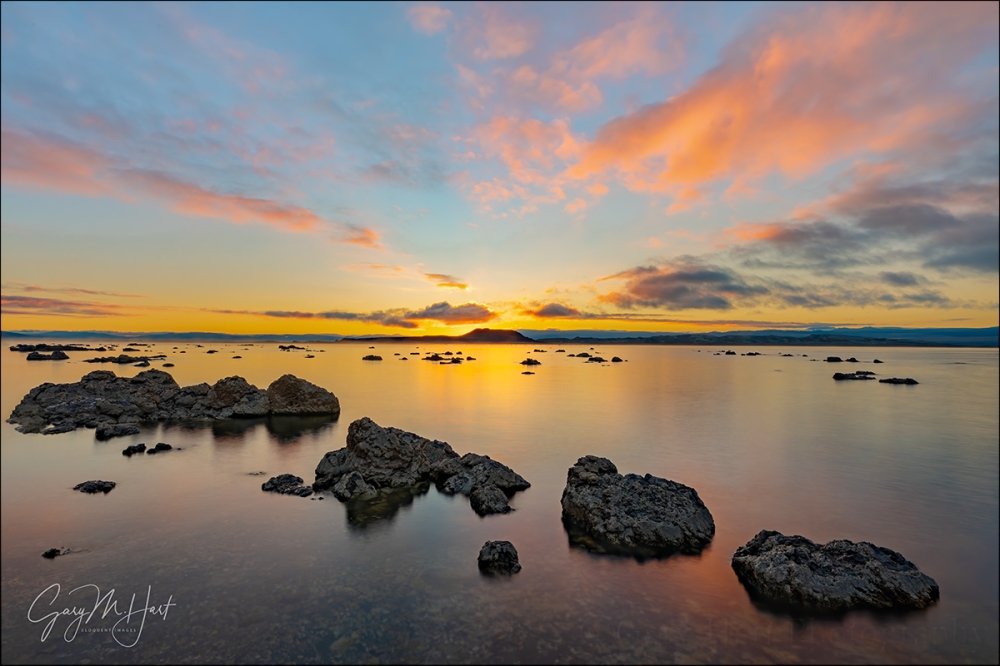 True story: I once had a workshop participant who put her Nikon D4 in continuous mode, metered, then pressed the shutter and sprayed in a 180 degree arc until the buffer filled. When I asked her what she was doing, she shrugged and said, “It’s Yosemite—there’s sure to be something good in there.” While I couldn’t really disagree with her, I’m guessing she wasn’t seeing a lot of growth as a photographer.

I tend to fall on the other end of the photography spectrum. Rather than a high volume of low-effort images (spray-and-pray), much of my photography style carries over from my film days. Back then, a photographer who wasn’t careful might return from Europe to find that, between the film and the processing, the photographs cost more than the trip. With our wallets forcing us to be more discriminating, we took our time, and checked (and double-checked) every composition and exposure variable before clicking.

Times have changed. While every film click cost us money, every digital click increases the return on our investment. And thanks to ridiculous frame rates, seemingly infinite memory cards, and the ease of deleting in the field, I’m afraid it has become so easy to fire at will that many digital shooters are far too casual with each frame.

The best approach is probably a hybrid of the film and digital paradigms: Careful attention to detail, combined with a no-fear freedom to fail frequently. Just as it’s important to have some kind of plan or objective, it’s just as important to be okay with not knowing how you’re going to get there. In other words, sometimes success can only when you aren’t afraid to create crappy images on the way.

I’ll often approach a scene knowing there’s a image there, but start with no idea were it is. One approach that often works in these situations is to just frame something up and click. Other times I’ll play “what-if” games with myself: What if I do this? Or that? If it works, great; if it doesn’t, I’ve learned something.

There’s a draft in here

As someone who has been writing and taking pictures for a long time, I’ve found a real connection between the creation process of each craft. We can probably agree that few writers create a polished piece of writing in a single pass. Whether it’s an important e-mail, a weekly blog, or a magazine article, I start with an idea and just go with it. But before sending, publishing, or submitting (or deleting), I read, revise, then re-read and re-revise more times than I can count—until I’m satisfied that it’s “perfect.”

Similarly, photographers shouldn’t be afraid to create “draft” images that move them forward without necessarily delivering them all the way where they want to be with one click. When I find a scene that might be photo-worthy, I compose and expose my first click more by feel, without a lot of analysis. But I’m not done after that first click, not even close. And I don’t particularly care that it’s not perfect. This is my first draft, a proof of concept that creates a foundation to build on. When that draft pops up on my LCD, I evaluate it, make adjustments, and click again, repeating this cycle until I’m satisfied, or until I decide there’s not an image there.

Sorry, but there really is no substitute for a tripod

I hear a lot of landscape photographers claim that stabilized bodies and lenses, combined with clean high-ISO sensors, have made the tripod obsolete. Since photography must be a source of pleasure, I won’t argue with anyone who says using a tripod saps their joy. But…. If the joy you receive from photography requires getting the best possible images, you really should be using a tripod.

Applying my draft/revise approach without a tripod is like trying to draw with an an Etch A Sketch (is that still a thing?), then erasing the screen after each click. That’s because after every hand-held click, what’s the first thing you do? If you’re like most photographers, to check your image, you drop the camera from your eye and extend it out front. Before you can make the inevitable adjustments to that hand-held capture, you must return the camera to your eye and completely recreate the composition before making your adjustments.

It’s the tripod that makes this shoot/critique/refine process work. Much the way a computer allows writers to save, review, and incrementally improve what they’ve written, a tripod holds your composition while you decide how to make it better. Shooting this way, each frame becomes an incremental improvement of the preceding frame.

Composition isn’t limited to the arrangement and framing of elements in a scene—it can also be the way the image conveys the scene’s light, depth, and motion. Setting up this sunrise image, I had to coordinate all of those moving parts.

I’d arrived here with my Eastern Sierra workshop group about 45 minutes before sunrise, plenty of time to familiarize myself with the scene and plan my sunrise composition. I started by identifying my foreground elements, then determined the focus point that would deliver foreground-to-infinity depth of field, and finally worked out my strategy for getting the exposure right using a long enough exposure to smooth the rippled water and maximize the foreground reflection (thanks to my Breakthrough 6-stop ND filter). In my pre-Sony days I’d have had to wrestle with a graduated neutral density filter to manage the highlights, but I knew if I was careful with my histogram, my Sony a7RIII would handle it.

One of the nice things about photographing sunrise at Mono Lake is that you anticipate the sun’s arrival on the eastern horizon by monitoring the shadows sliding down the mountains in the west. So after I found my general composition, I had the luxury of ten minutes of just playing with all the variables, firing frames I knew I wouldn’t use, then evaluating each for balance, depth, and motion effect. I don’t have any specific memory of this frame, but if I look at the series of images leading up to it, I can tell what I was doing.

Oh, and full disclosure: Even though I don’t really remember this specific click, I can tell I was thinking about a sunstar because I shot it at f/18, an f/stop I virtually never use unless I want a sunstar (at 16mm, I certainly didn’t need f/18 for DOF). I could defend myself by saying I stopped down to f/18 to get my exposure to the four seconds I used here (to smooth the water), but that doesn’t fly either because I was at ISO 200. I know if I’d have been paying attention, I’d have used ISO 100 and f/13, allowing the same shutter speed at a cleaner ISO and sharper f-stop. So I guess the moral of this small digression is, don’t let the desire to be perfect hinder your creativity—mistakes happen, they’re usually not the end of the world, and the results will almost certainly be better than spray-and-pray.

Join me for an Eastern Sierra photo workshop 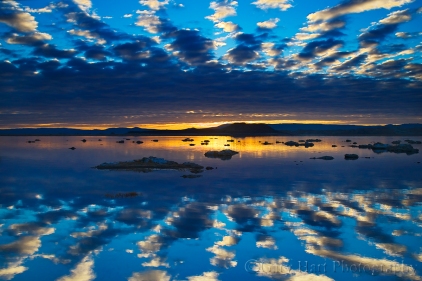 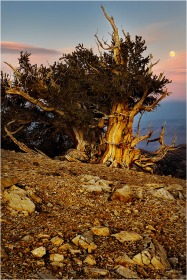 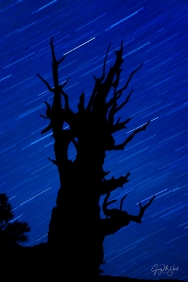 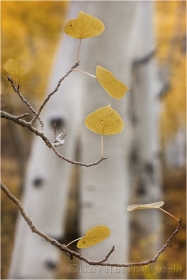 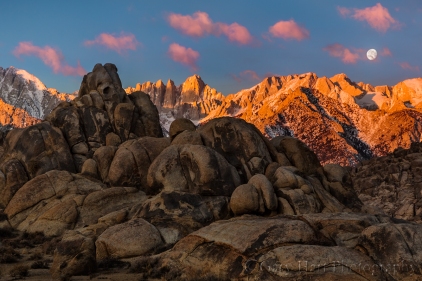 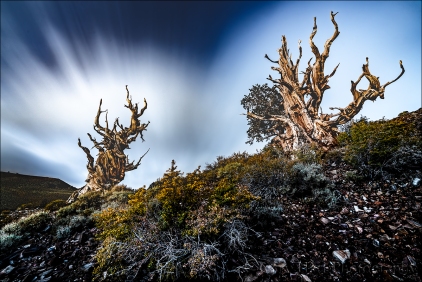 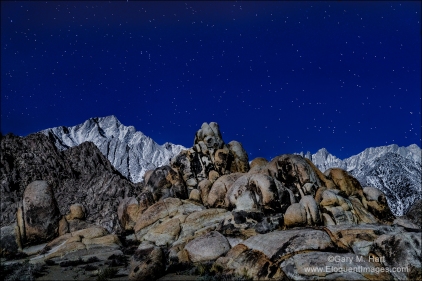 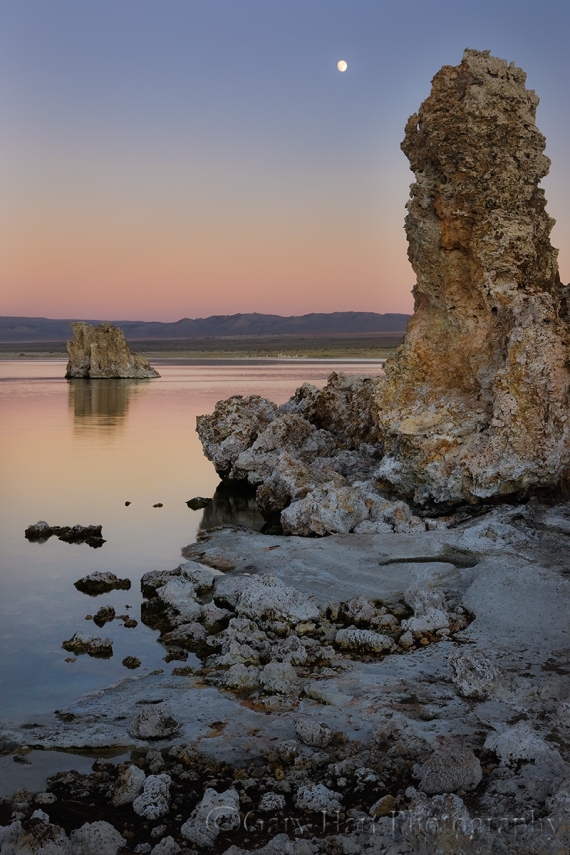 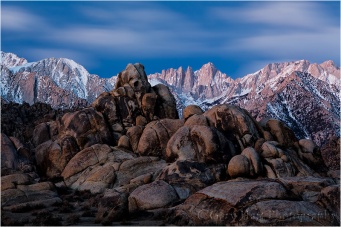 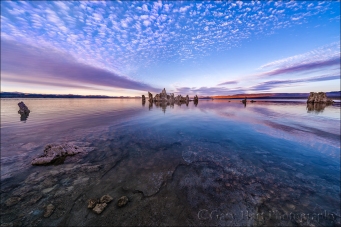 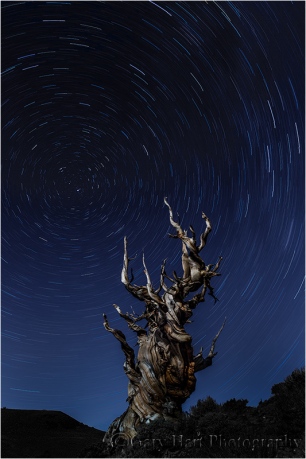 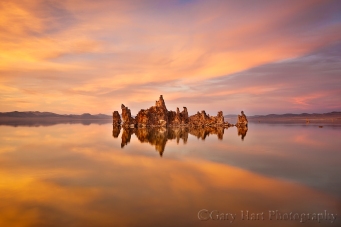 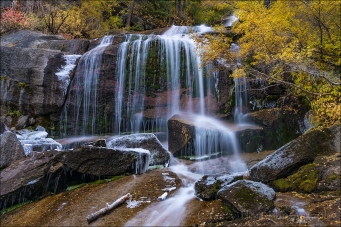 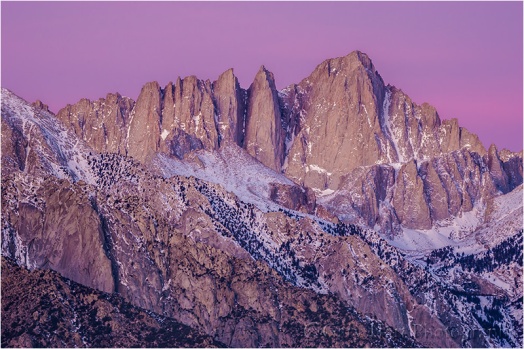 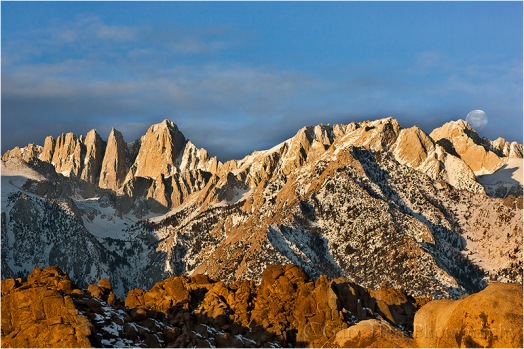 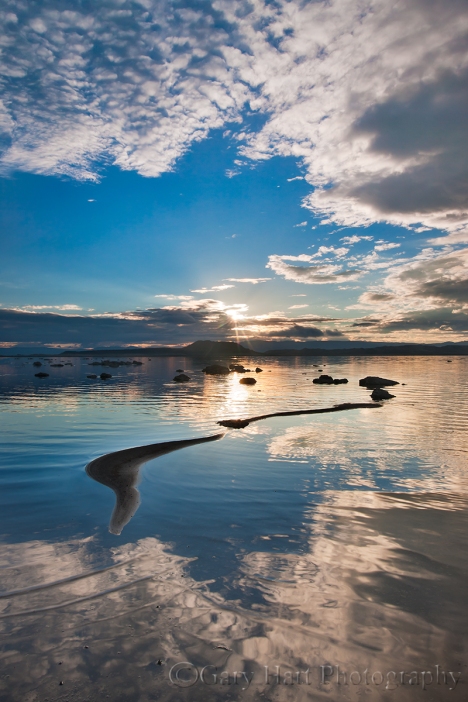 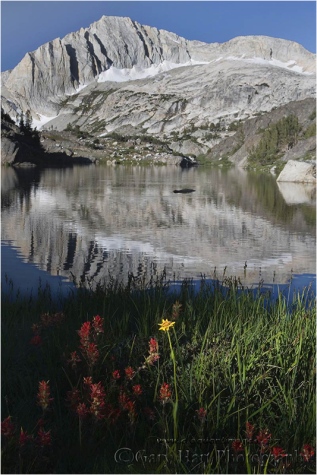 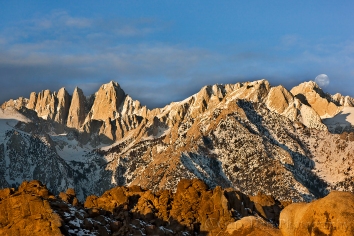 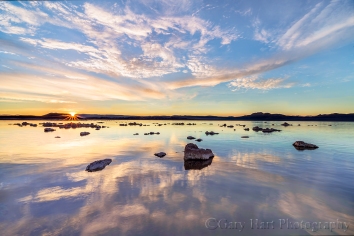 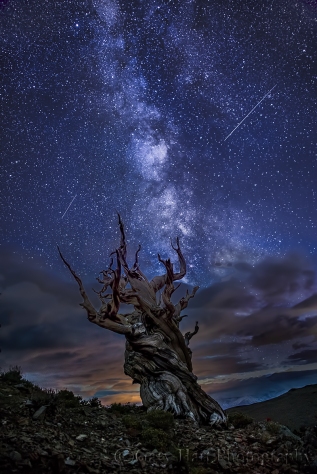 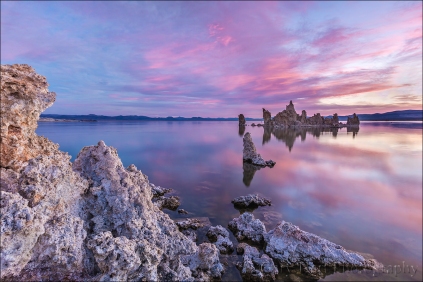 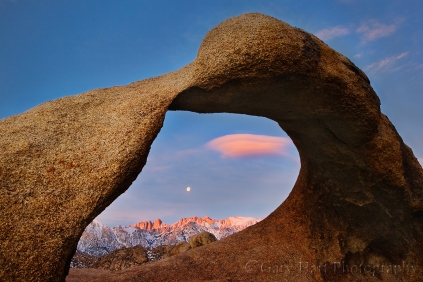 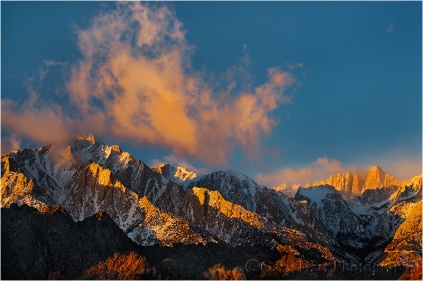 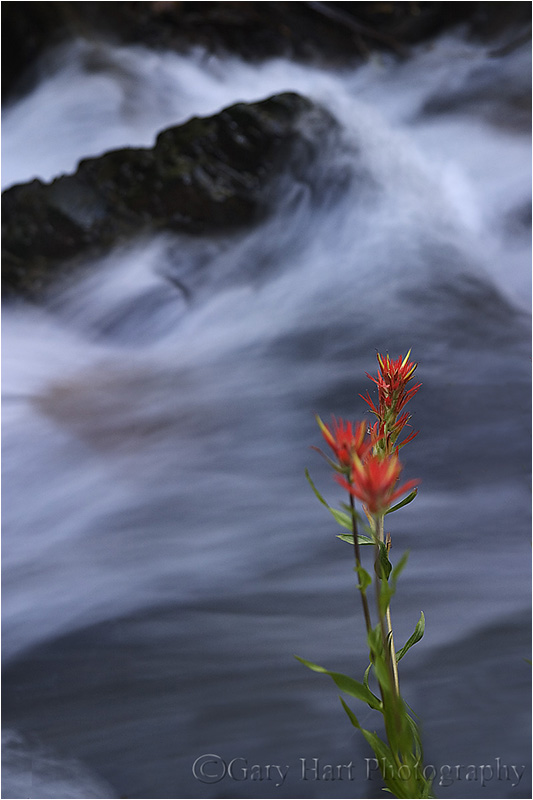 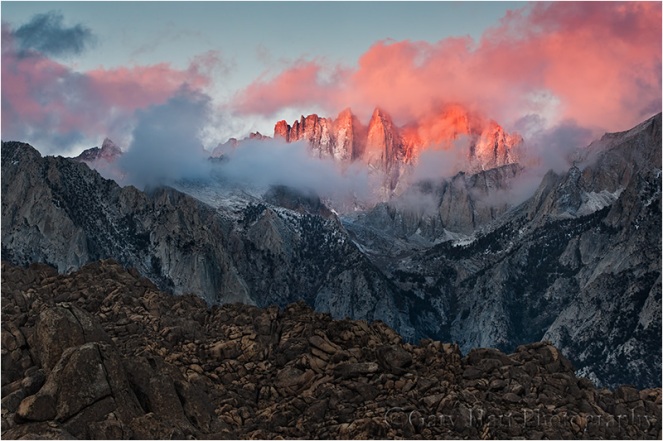 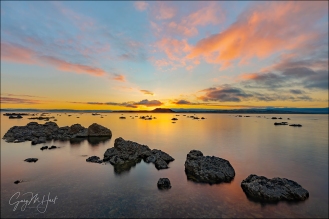 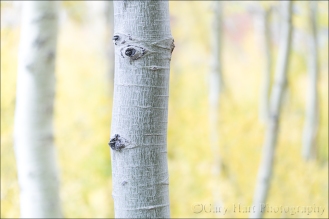 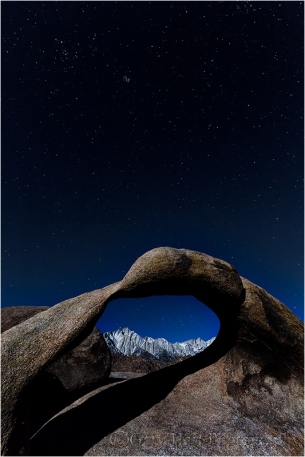 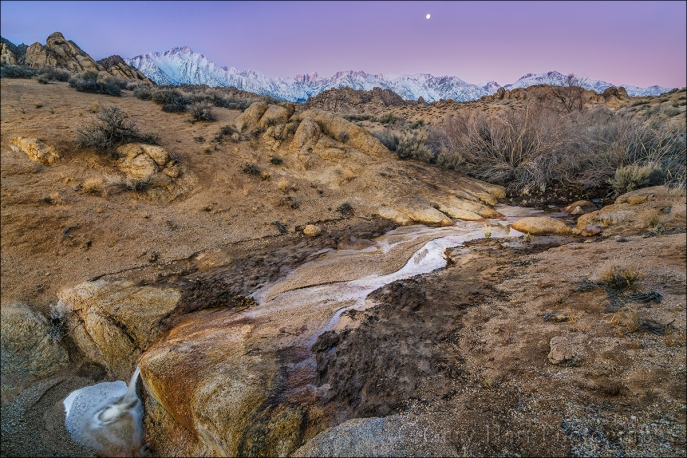 ← Low Hanging Fruit
Turning a Negative Into a Positive in Yosemite →

2 Comments on “There’s A Draft In Here”