Random Thoughts on a Sunday Afternoon 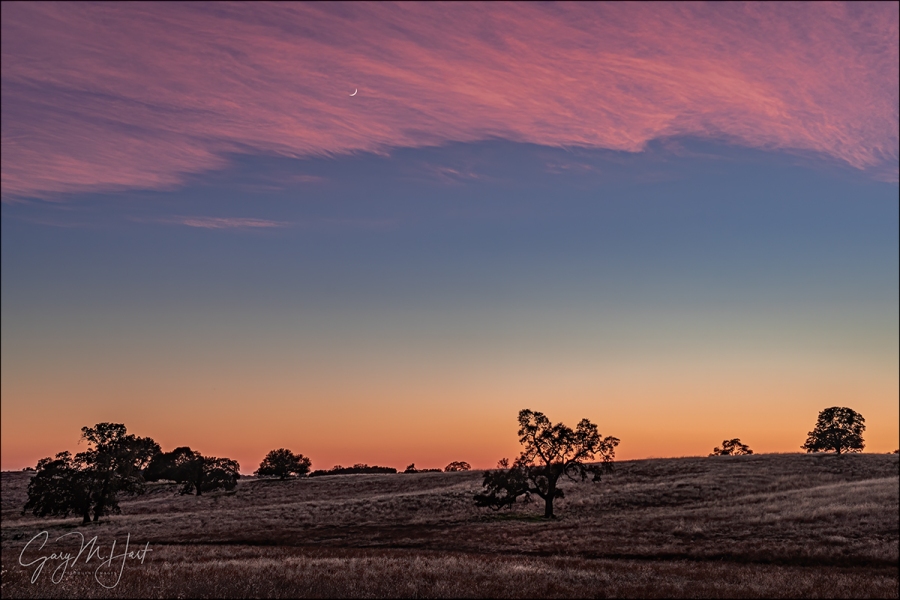 Here’s a brand new image that’s nearly six years old. Brand new because I processed it for the first time just yesterday; six years old because I found it after loading my pre-Lightroom raw files from 2014 into Lightroom, something I’ve been wanting to do for a long time and I finally ran out of reasons not to do it. Before 2015 I did all my raw processing in Adobe Camera Raw, which worked fine as far as individual image processing was concerned, but also made it pretty easy for things to get out of control on my hard-disk because there was no underlying organization to my import process. Want proof? I’m actually missing about a month’s worth of images from 2013—I know because I have several processed jpegs from that span for which I have no originals. Sigh.

This is also just my 282nd image after switching to Sony mirrorless in the fall of 2014. While I have no specific memories of this evening (there have been many, many like this, as you’ll see in the gallery), I imagine that I was still struggling with the Sony interface—partly because mirrorless was a new trick for this old dog, and partly because the original a7R’s interface pretty much sucked (a problem that has been incrementally, and now completely, addressed in succeeding models). But it was fun processing this “old” image and recalling why I was able to forgive the lousy interface and abysmal battery life (also addressed) of the a7R: man, even right out of the gate that Sony dynamic range just doesn’t quit.

Skeptics might might look at this image and think I added the moon because it appears to be in front of the clouds. Anyone who has been in one of my workshops, or who knows me even just a little, knows I don’t do that. But for the skeptics in the audience, let me assure you that it is indeed possible for clouds to catch sunset color while still being translucent enough for the moon to shine through (you can actually see other examples below).

It saddens me that photography has reached a point where every beautiful, or interesting, or revealing image is (often justifiably, I’m afraid) scrutinized with a cynical eye. Photographers have brought this on themselves with their never-ending quest for more social media Likes, or to make a case for something for which they have no evidence (as we’ve seen in some of the recent news reporting).

After spending a good chunk of my photography life as a color transparency (slides) shooter who was pretty much stuck with whatever came back from the lab, I appreciate the ability to process my images as much as the next photographer. But there’s a continuum with basic processing on one end (there’s no such thing as an unprocessed image, whether you do it yourself or leave the processing to your camera) and Frankenstein hybrids on the other. To me the decision about where to draw the line on the processing continuum is similar to the decision between wearing nice clothes and putting on makeup and resorting to cosmetic surgery (yes, I understand that there are in fact many valid reasons for cosmetic surgery, and that this is not a flawless analogy).

So it really comes down to honesty—a commitment not to deceive. I love nature and want to share my love by portraying my subjects at their absolute best, but I want people’s first thought when they see one of my images to be, “Wow, I need to get out in nature more,” and not, “Wow, what a great photographer, or, “Wow, that’s impossible.” The scene you see in this image really happened, and there’s a photo of it because I put myself in position for the (very predictable) confluence of a new moon hanging above rolling hills dotted with statuesque oaks, plus the fortuitous addition of thin clouds that lingered just long enough to catch sunset color. It helped that I had a camera that could easily handle the difference between the brilliant sky and darkening hills, and enough photographic skill to properly frame and expose the scene. The image itself was remarkably easy to process and required very little digital help. This image is a success if it first helps you realize how beautiful even the simplest foothill scenes are, without being distracted by my skill as a photographer (good or bad), or the processing decisions I made. 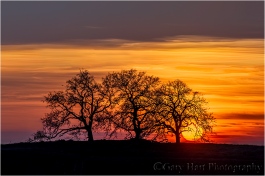 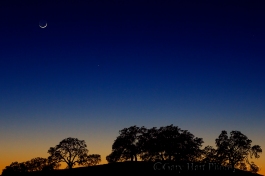 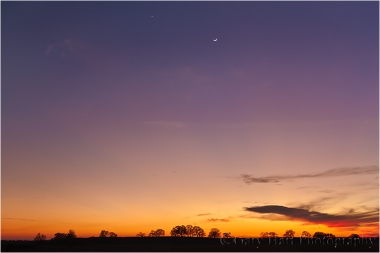 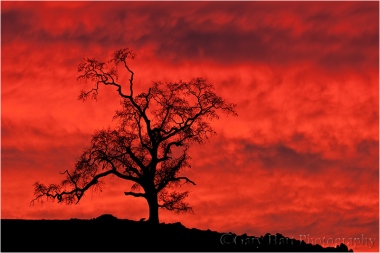 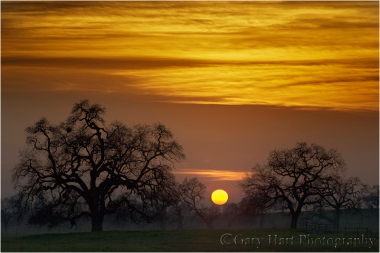 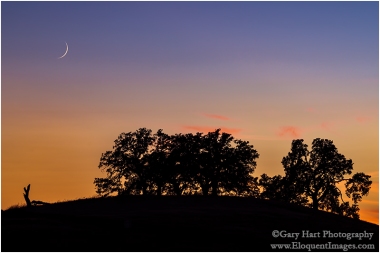 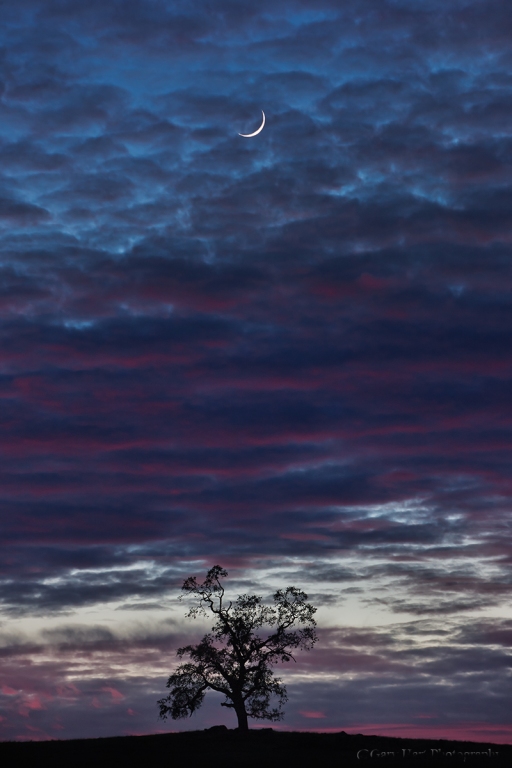 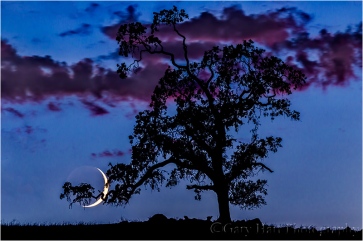 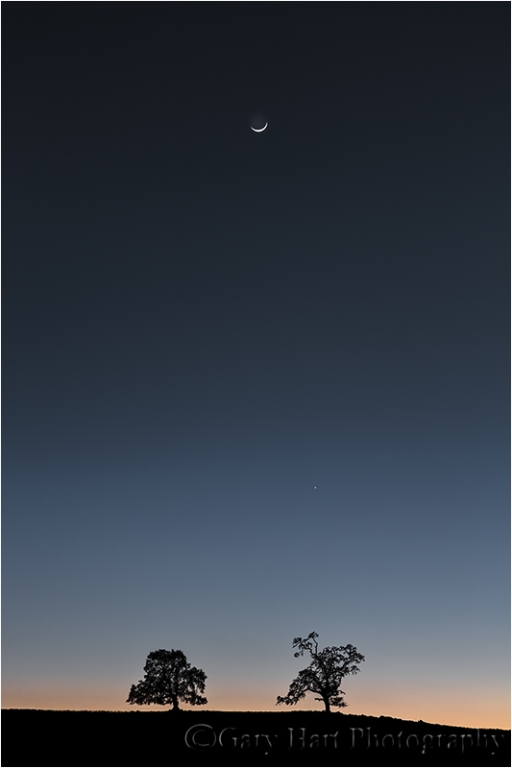 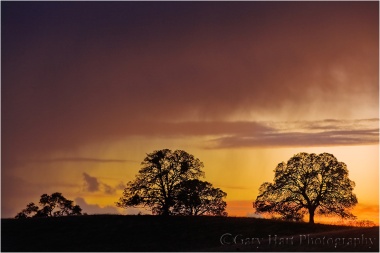 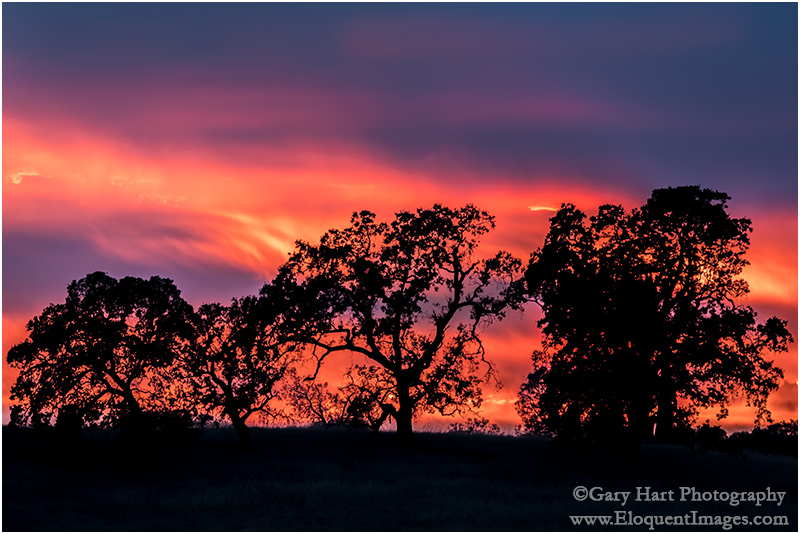 ← As the World Turns
Think Fast →

2 Comments on “Random Thoughts on a Sunday Afternoon”