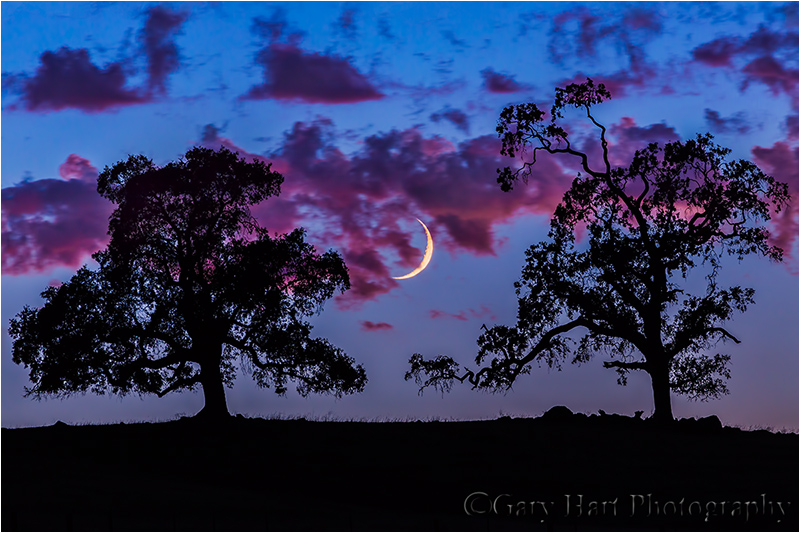 (The third installment of my series on photographic reality.)

One of photographers’ most frequent complaints is their camera’s limited “dynamic range,” it’s inability to capture the full range of light visible to the human eye. To understand photographic dynamic range, imagine light as water you’re trying to capture from a tap–if the human eye can handle a bucket-full of light, a camera will only capture a coffee cup. Any additional light reaching your sensor simply overflows, registering as pure white.

Limited dynamic range isn’t a problem when a scene is lit by omnidirectional, shadowless light. But while I can’t speak for other planets, here on Earth we’re illuminated by only one sun. Since most Earthlings prefer blue skies and brilliant, (unidirectional) sunshine that buries everything that’s not directly lit in dark shadows. Fortunately, human vision has evolved to the point where we  can see detail in shadows and sunlight simultaneously.

Experienced photographers understand their camera’s limited dynamic range and take steps to mitigate it. For example, artificial light (such as a flash) can be used to fill shadows, or multiple exposures (covering a scene’s range of light) can be digitally blended into one image. But as a natural-light landscape photographer, I don’t even own a flash (really), and given that I only photograph scenes I can capture with a single exposure, I also never blend exposures.

The simplest solution for me is to avoid harsh, midday light. Full shade (absolutely no direct light) works, and a layer of clouds that spreads sunlight over the entire sky illuminates the landscape with even (low contrast), shadowless light that’s a joy to photograph. And the low, very early or very late light that occurs just after sunrise or before sunset has been subdued enough by its long journey through the thick atmosphere that the contrast falls into a camera’s manageable range. I’m also a huge advocate of graduated good old fashioned neutral density filters to reduce the difference between a bright sky and darker foreground.

The best photography often results from subtraction. Photographers who merely take steps to make their camera’s world more like their own miss a great opportunity to show aspects of the world easily missed by the human experience. In the right hands, a camera’s limited light capturing ability can be used to emphasize special aspects of nature and eliminate distractions.

Exposing to hold the color in bright sky or water can eliminate unlit distractions and render shaded subjects in shape-emphasizing silhouette. And compositions that feature brightly backlit, translucent flowers and leaves explode with natural color that stands out against a shaded, black background.

Whether the image is a silhouetted mountain or translucent dogwood, the camera’s rendering is nothing like your experience of the scene. But it is a true rendering from the camera’s perspective, achieved without digital manipulation. 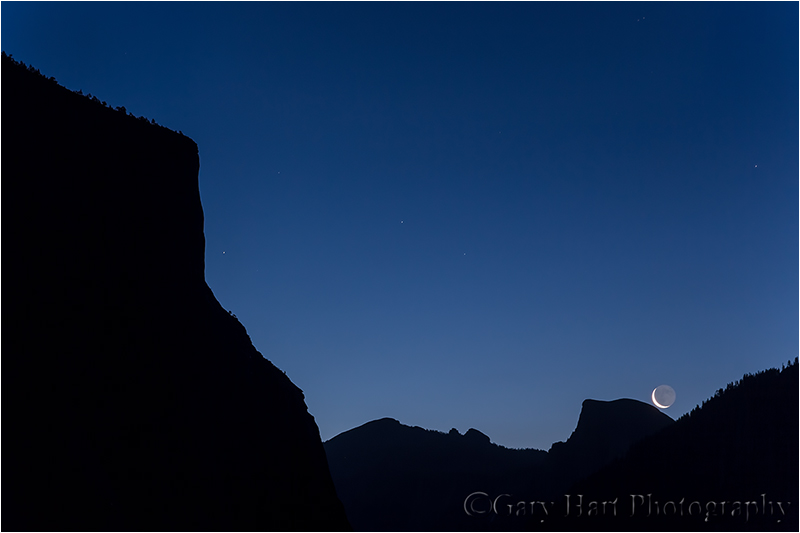 Last week I rose at 4:00 a.m. to photograph a thin crescent moon rising above Half Dome almost an hour before sunrise. It was one of those, “I’m witnessing the most beautiful thing on Earth” moments, and I couldn’t believe no one else was there to enjoy it. I arrived about fifteen minutes before I expected the moon to rise, more than enough time to set up one tripod with my 1DS III 100-400 lens bulls-eyed on Half Dome at 400 mm. Another tripod had my 5D III and 24-105 composed to include El Capitan and Half Dome (above).

When the moon arrived I gave the scene just enough light to reveal the rich blue in the twilight sky. At that exposure the thin sliver of moon was completely overexposed (no lunar detail), a crescent of pure white that stands out boldly against the dark blue sky. A few stars pop through the darkness as well.

My eyes had adjusted to the predawn light enough for me to barely discern the trees and granite in Yosemite Valley below, and the rising sun had already started to wash out some of the sky’s color. But at the exposure I chose, my camera saw only Yosemite’s iconic skyline, El Capitan on the left and Half Dome on the right, as distinct black shapes against the cool blue sky. Rendering the image this way reduces erases the rocks and trees that add nothing to the scene, reducing this special Yosemite moment to its most compelling elements, color and shape. 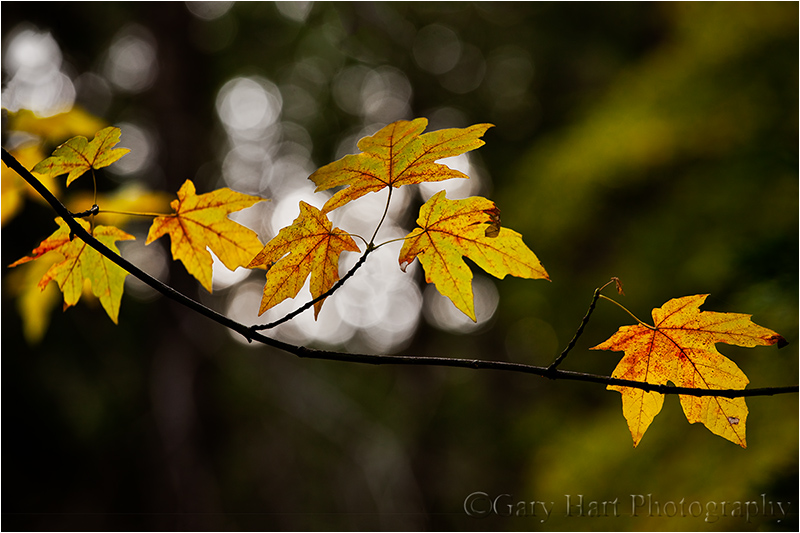 Autumn Light, Yosemite:  Here I metered on the brightest part of the backlit leaves, slightly underexposing to capture the leaves’  exquisite gold and turn the shaded background to complementary shades that range from dark green to nearly black. A small aperture softened dots of sky to small jewels of light.

Up next: Accumulate light