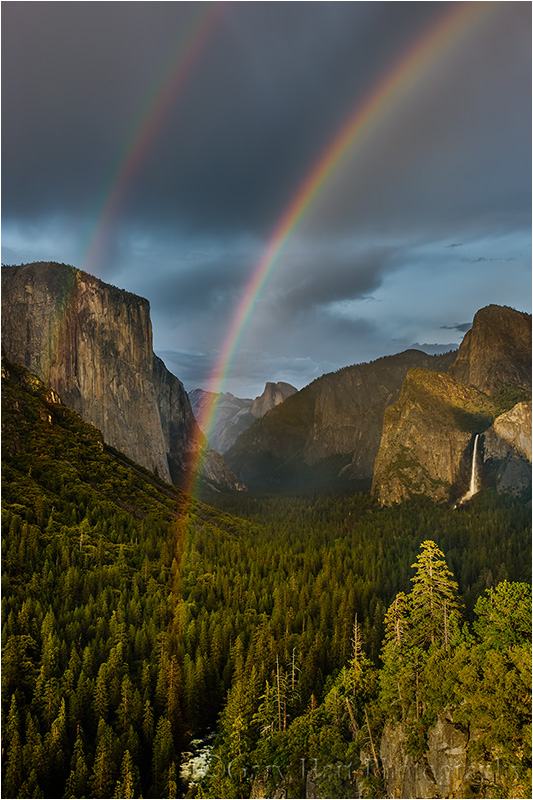 On my run this morning I listened to an NPR “Talk of the Nation” podcast about time, and the arbitrary ways we Earthlings measure it. The guest’s thesis was that the hours, days, and years we measure and monitor so closely are an invention established (with increasing precision) by  science and technology to serve society’s specific needs; the question posed to listeners was, “What is the most significant measure of time in your life?” Most listeners responded with anecdotes about bus schedules, school years, and work hours that revealed how our conventional time measurement tools, clocks and calendars, rule our existence. Listening on my iPhone, I wanted to stop and call to share my own relationship with time, but quickly remembered I wasn’t listening in realtime to the podcast. So I decided to blog my thoughts here instead.

Landscape photographers are governed by far more primitive constructs than the bustling majority, the fundamental laws of nature that inspire, but ultimately transcend, clocks and calendars: the Earth’s rotation on its axis, the Earth’s revolution about the Sun, and the Moon’s motion relative to the Earth and Sun. In other words, clocks and calendars have little to do with the picture taking aspect of my life; they’re useful only when I need to interact with the rest of the world on its terms (that is, run the business).

While my years are ruled by the changing angle of the Sun’s rays, and my days are inexorably tied to the Sun’s and Moon’s arrival, I can’t help fantasize about the ability to schedule my spring Yosemite moonbow workshops (that require a full moon) for the first weekend of each May, or mark my calendar for the blizzard that blankets Yosemite in white at 3:05 p.m. every February 22. But Nature, despite human attempts to manipulate and measure it, is its own boss. The best I can do is adjust my moonbow workshops to coincide with the May (or April) full moon each year; or monitor the weather forecast and bolt for Yosemite when a snowstorm is promised (then wait with my fingers crossed).

The insignificance of clocks and calendars is never more clear than the first morning following a time change. On the last Sunday of March, when “normal” people moan about rising an hour earlier, and the first Sunday of November, as others luxuriate in their extra hour of sleep, it’s business as usual for me. Each spring, thumbing its nose at Daylight Saving Time, the Sun rises a mere minute (or so) earlier than it did the day before; so do I. And each fall, on the first sunrise of Standard Time, I get to sleep an an entire minute longer. Yippee.

Honestly, I love nature’s mixture of precision and (apparent) randomness. I do my best to maximize my odds for something photographically special, but the understanding that “it” might not (probably won’t) happen only enhances the thrill when it, or maybe something unexpected and even better, does happen. The rainbow in today’s image was certainly not on anybody’s calendar; it was a fortuitous convergence of rain and sunlight (and ecstatic photographer). My human “schedule” that evening was a 6 p.m. get-to-know/plan-tomorrow dinner meeting with a private workshop customer. But seeing the potential for a rainbow, I suggested that we defer to Mother Nature, ignore our stomachs, and go sit in the rain. Fortunately he agreed, and we were amply rewarded for our inconvenience and discomfort. 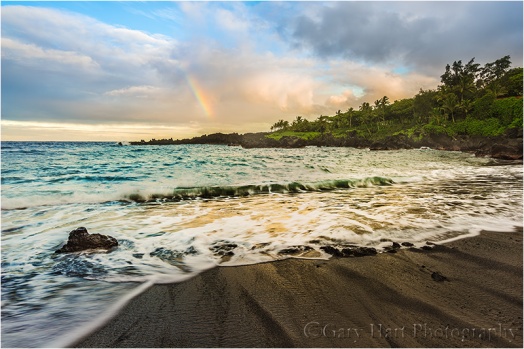 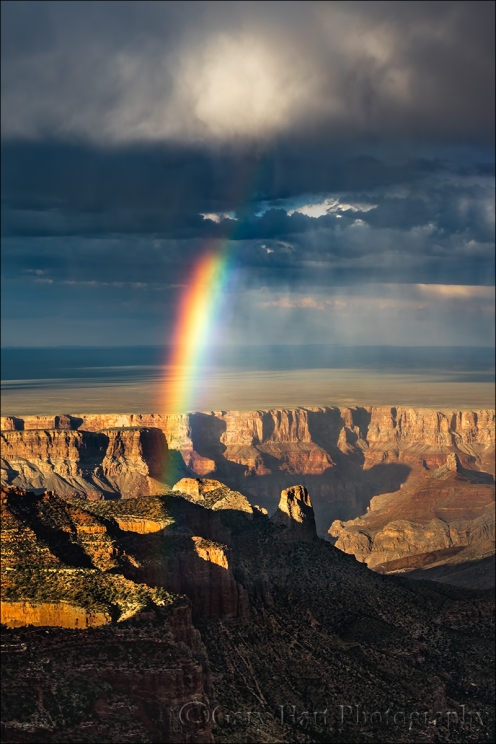 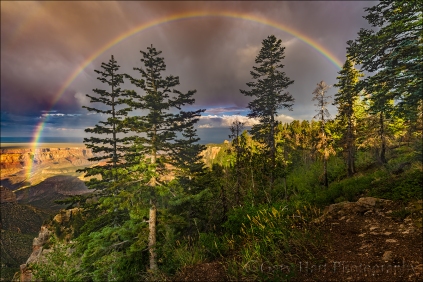 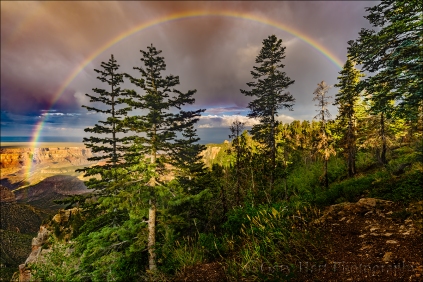 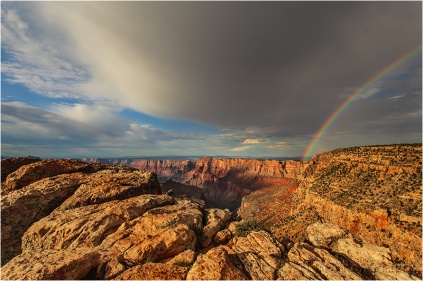 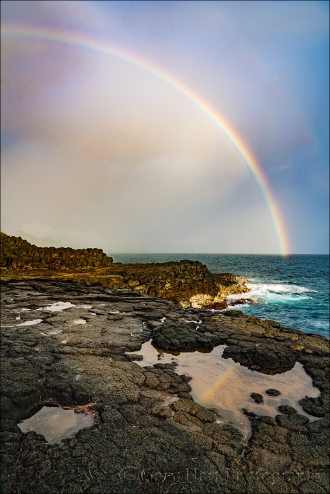 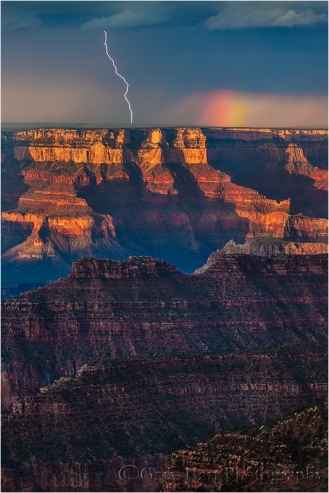 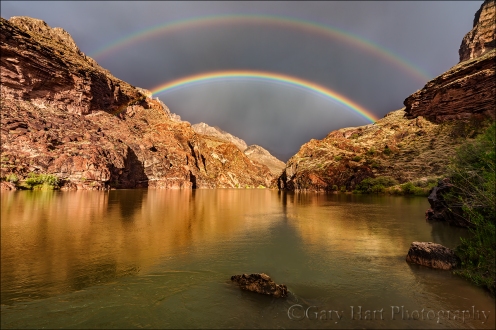 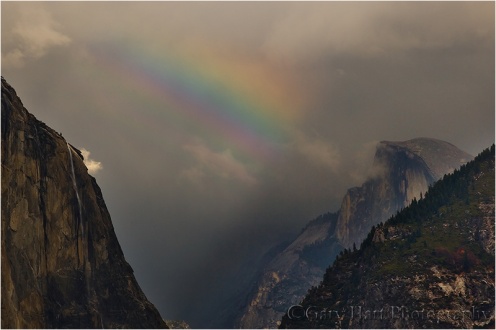 ← Shoot the moon
Are we having fun yet? →

6 Comments on “A landscape photographer’s time”