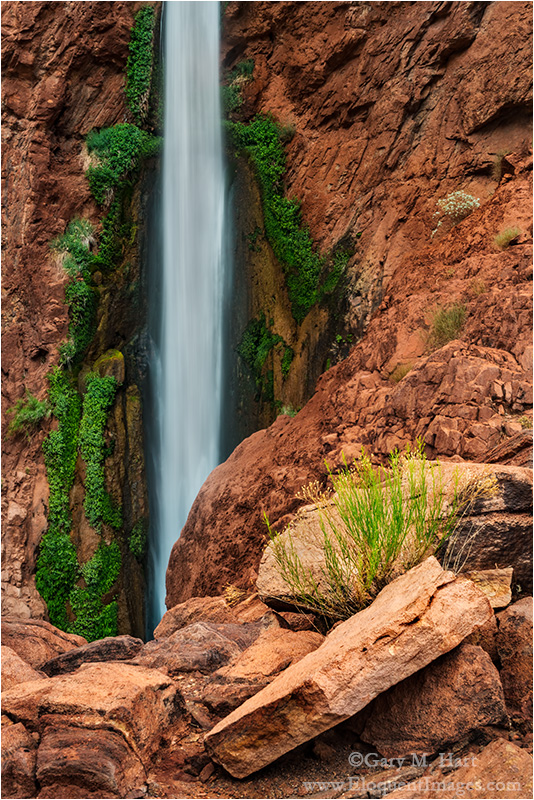 Who knew there could be so much intimate beauty in a location known for its horizon stretching panoramas? In fact, there are so many of these little gems that I run out of unique adjectives to describe them. Springing from a narrow slot in the red sandstone to plummet 180 feet to river level, Deer Creek Fall is probably the most dramatic of the many waterfalls we see on the raft trip.

Last year we stayed at Deer Creek Fall long enough to photograph it, but not long enough to explore. The prior year, on my first trip, we spent a couple of hours here; with temperatures in the 90s, most of the group photographed from the bottom, then cooled off in the emerald pool at its base. But a few of us took the relatively short, fairly grueling, completely unnerving trail to the top. Grueling because the route is carved into the sun-exposed sheer wall just downstream from the fall; unnerving because just as you’re catching your breath atop the slot canyon feeding the fall, you realize that continuing requires navigating about 20 feet of 18 inch wide ledge in the otherwise vertical sandstone. With no handhold and a 75 foot drop to the creek that may as well be 750 or 7500 feet (the outcome would be the same), I studied it for about five minutes. Watching the guides stride boldly across without hesitation, in flip-flops, did little to quell my anxiety. I finally sucked it up and made it to the other side, but once was enough.

This year, thanks to some deft planning by our lead guide, we scored the campsite directly across the river from the fall. He deposited the group at the fall, then motored across the river with another guide to get the camp started. The two other guides led a hearty group up the trail to the top, while the rest of us explored with our cameras at river level.

Already familiar with scenes down there, I scaled a boulder-strewn notch in the rocks just upstream to an elevated platform with great top-to-bottom view of the fall. Up here I found enough foreground options to keep me happy for the duration of our stay, and was so engrossed that I was completely unfazed by the verticality of my surroundings.

As I worked the scene, I eventually honed in on a vivid green shrub that stood out against the red sandstone, ultimately landing on variations of the composition you see here. Working this scene I dealt with intermittent showers, a fickle wind that ranged from nearly calm to frustratingly persistent, and a real desire for depth of field throughout my frame. After a number of frames at f16, I magnified an image on my LCD enough to see that the shrub was sharp, but the background was just nearly sharp. As much as I try to avoid anything smaller than f16, I stopped down to f20 and refocused a little farther back, about three feet behind my shrub. Another check of my LCD confirmed that everything from the nearby rocks to the background plants was sharp.

Our campsite that night was less than spacious (think compact condo living as opposed to sprawling suburban subdivisions), but definitely worth the close confines for the view alone. This stay across from Deer Creek Fall turned out to be memorable for one other event that happened later that evening, but that’s a story for another day….

A Gallery of Waterfalls 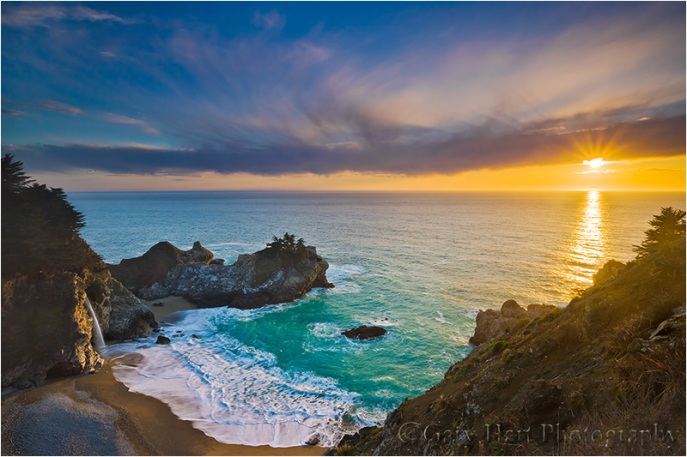 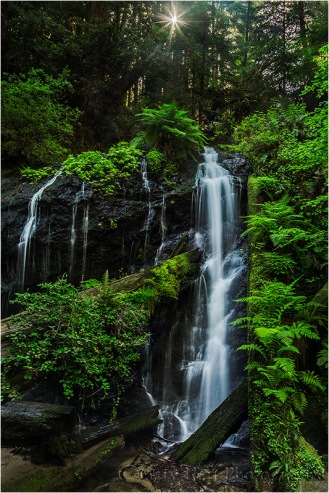 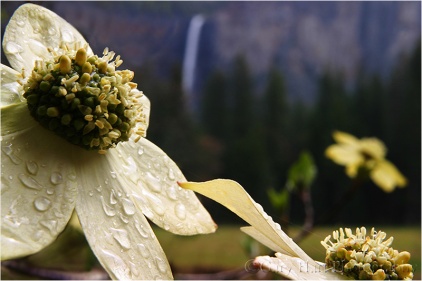 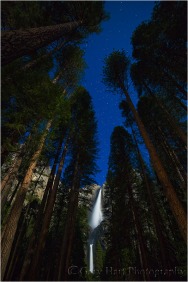 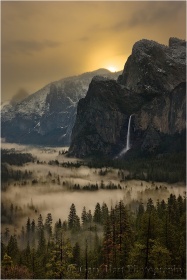 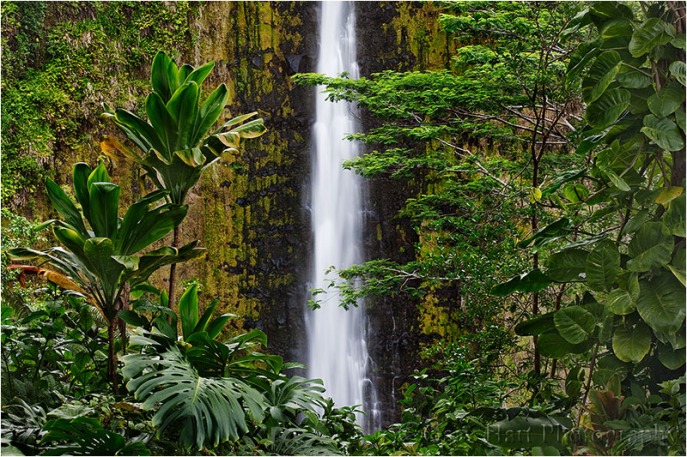