Most photographers know that Ansel Adams visualized his prints, and the darkroom work necessary to create them, before clicking the shutter. This ability to look into the future of each capture is part of what set Ansel Adams apart from his peers.

But Adams’ extensive darkroom work is often cited by digital photographers defending their over-processesed images. We’ve all heard (and perhaps even uttered ourselves) statements like, “Ansel Adams spent more time in the darkroom than he did in the field,” or “Ansel Adams would love Photoshop.” Perhaps true, but using Ansel Adams’ darkroom mastery to justify extreme Photoshop processing misses a significant point: Adams’ mental picture of the ultimate print was founded on a synergistic relationship between his vision and his camera’s vision, coupled with a master’s control of capture variables like composition, light, motion, and depth. In other words, Adams’ gift wasn’t merely his darkroom skills, it was an overarching vision that enabled him to make decisions now based on invisible realities he knew he’d encounter later.

I bring this up because I’m concerned about many photographers’ Photoshop-centric “fix it later” approach that seriously undervalues capture technique. This mindset ranges from simple over-reliance on the LCD for exposure with no real understanding of the histogram or how metering works (shoot-review-adjust, shoot-review-adjust, shoot-review-adjust, until the picture looks okay), to photographers who channel their disappointment with an image into an overzealous Photoshop session, pumping color, adding “effects,” or inserting/removing objects until they achieve the ooooh-factor they crave.

The better approach is to understand the potential in a scene, anticipate the processing that will be required to make the most of it, and shoot accordingly. In other words, Photoshop should inform capture decisions, not fix them.

Putting Photoshop in its place

Every image ever shot, film or digital, was processed. Just as the processing piece was easy to ignore when the exposed film you sent to a lab magically returned as prints or slides, many digital shooters, forgetting that a jpeg capture is processed by their camera, brag that their jpeg images are “Exactly the way I shot them.” Trust me, they’re not.

Whether you shoot monochrome film, Fuji Velvia slides, or low-compression jpeg, there’s nothing inherently “pure” about your image. On the other hand, digital landscape photographers who understand that processing is unavoidable, rather than relinquish control of their finished product to black-box processing algorithms in the camera, usually opt for the control provided by raw capture and hands-on processing.

Unfortunately, Photoshop’s power makes it difficult for many to know where to draw the processing line. And every photographer draws that line in a different place—one man’s “manipulation” is another’s “masterpiece.” Photoshop isn’t a panacea; its main function should be to complement the creativity already achieved in the camera, and not to fix problems created (or missed) at capture.

While I’m not a big Photoshop user, I readily acknowledge that it’s an amazing tool that’s an essential part of my workflow. I particularly appreciate that Photoshop gives the me ability to achieve things that are possible with black and white film and a decent darkroom, but difficult-to-impossible with the color transparencies I shot for over 25 years.

Creating an image,  from start to finish

I was in Yosemite on a “secret mission” (my inner 10-year-old just loves saying that) for Sony, trying out the yet-to-be-announced (at the time) Sony 12-24 f4 G lens. Among the many places in Yosemite that are especially conducive to ultra-wide photography is Mirror Lake and its view of Half Dome from directly below, and that’s where I started.

Walking up the trail to Mirror Lake, I skirted Tenaya Creek in less than ideal light, scouting potential scenes for later. On the walk back after sunset, I returned to this scene that I’d found and mentally composed earlier. Despite already having an idea of how I wanted to shoot it, there’s quite a bit going on here, so it took some time and a bit of rock scrambling to get all the elements to work together: Half Dome, Tenaya Creek, the nearby evergreen, and the creekside boulders.

While most of the scene was in deep shade, the sky was still relatively bright. Capturing this much dynamic range in an unprocessed jpeg (or color transparency) would have been impossible—my highlights would have been too bright, the color in the sky would have been washed out, and the shadow detail would have been lost to blackness. And that’s exactly what I saw in the jpeg that popped onto my LCD. But despite the crappy looking jpeg on the back of my camera, my histogram told me all my color and detail was there in my raw file.

With a good histogram, I adjusted my ISO up and down, compensating with a corresponding shutter speed adjustment, to get different blur effects in the creek. Opening the raw file in Lightroom, I simply pulled the Highlights slider to the left and the Shadows slider to the right to confirm my successful exposure. While the exposure adjustment was essential, once that was done, there was very little processing left to do. And as much as he enjoyed the dark room, I suspect Ansel would have embraced any technology that gave him more time outdoors with his camera.

Different Takes on Half Dome 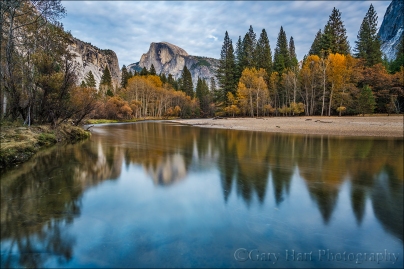 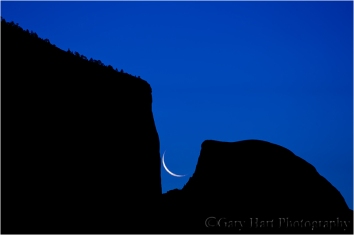 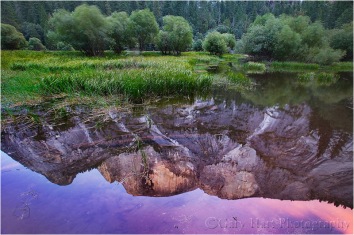 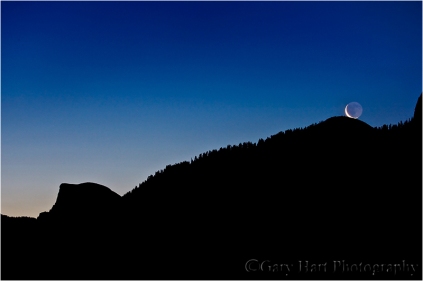 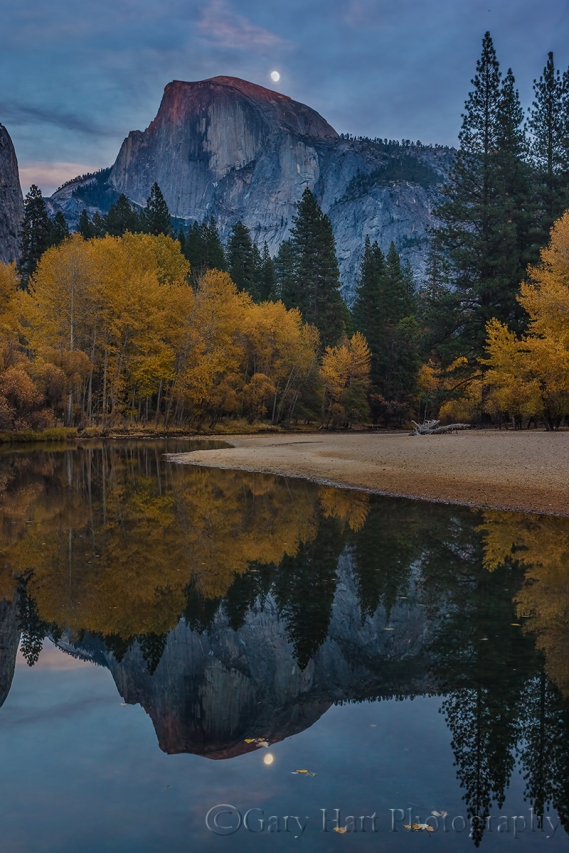 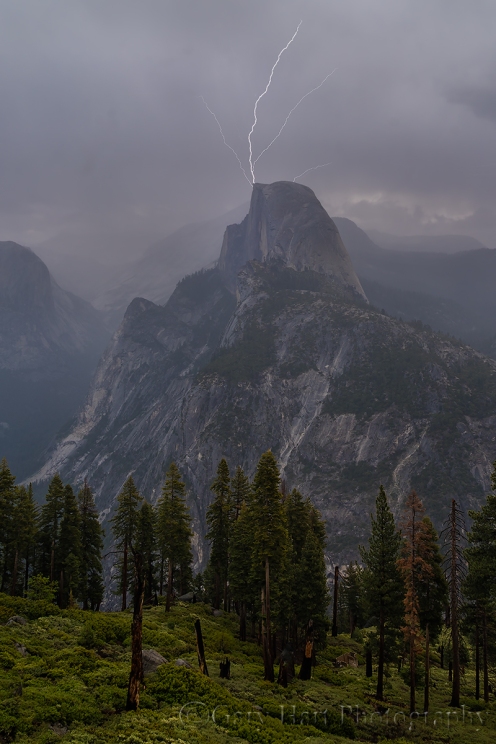 Winter Star Trails, Half Dome and the Merced River, Yosemite 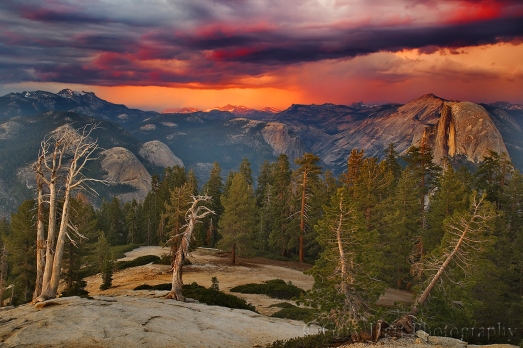 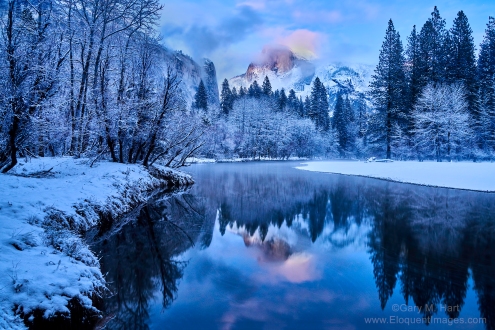 ← A star in the east
Downhill all the way →

3 Comments on “Seeing the future”