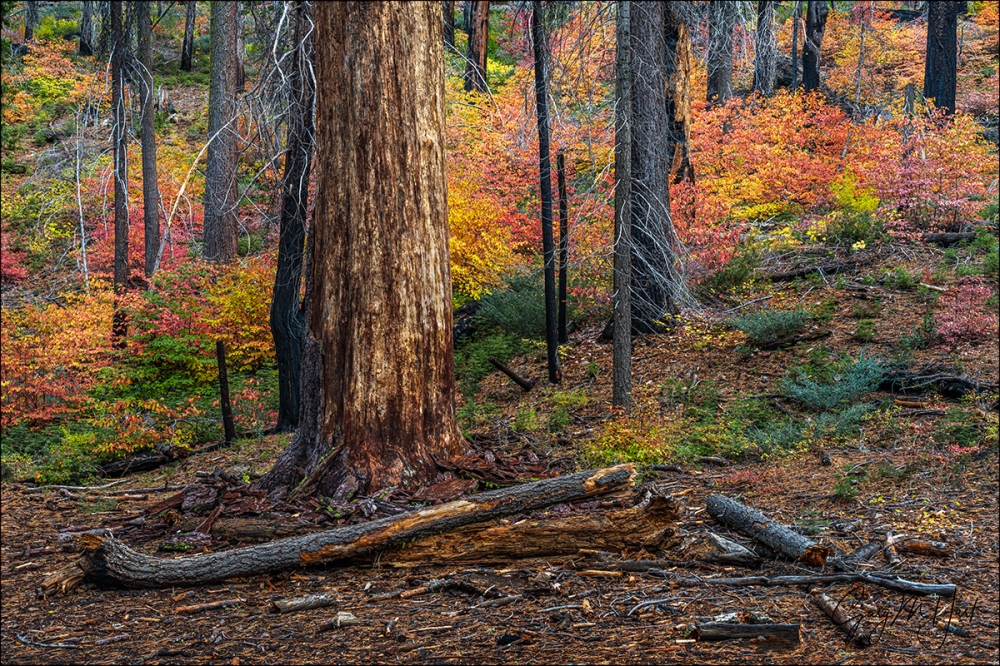 Yesterday I got to spend a day in Yosemite. On my drive to Yosemite, In the back of my mind I was thinking that the day’s forecast of clouds with a chance of rain would be perfect for the intimate scenes I love so much. One of my go-to spots for this kind of photography is Bridalveil Creek, but it’s closed while NPS overhauls parking and access (how much longer will this take?!). As I started considering other options, it occurred to me that a long overdue visit to Tuolumne Grove might be in order.

In Yosemite, Mariposa Grove gets most of the attention from those who want to marvel at massive redwood, and with good reason—it’s by far the largest of Yosemite’s three sequoia groves, and has the largest trees. Mariposa Grove also has the most tourist-friendly infrastructure (a “feature” partially mitigated by a recent NPS overhaul designed to reduce human impact on the sequoias and their surroundings).

Of Yosemite’s two smaller sequoia groves, Merced and Tuolumne, I’ve always been partial to Tuolumne Grove—partly because of familiarity (it’s the grove I grew up visiting because it was closer to home), but also for its intimacy, and the abundance of photogenic dogwood lining the trail to-and-from and mingling among the big trees. In fact, I’ve had  better luck photographing the grove’s dogwoods than its redwoods because, well, redwoods are hard (a topic for another day).

One “problem” with photographing Tuolumne Grove (and any other redwood grove) is that it requires clouds to prevent a distracting hodgepodge of highlights and shadows that test any camera’s comfort zone, and clouds in California are relatively rare. And the difficulty of doing justice to the size of a redwood tree in a still photo probably makes me guilty of not prioritizing Tuolumne Grove. With limited time and a surplus of more heralded subjects, most of my time in Yosemite is spent elsewhere.

With the clouds really starting to settle in, after lunch I decided to make the drive up to Tuolumne Grove. While I had no illusions of great success with the redwoods themselves (but who knows?), I looked forward to exploring the forest lit by nature’s softbox and dressed in fall color.

I knew the dogwood in Tuolumne Grove would be turning its autumn red, but I had no idea that I’d find entire hillsides saturated with a kaleidoscope of peak reds, oranges, and yellows, mixed with a few shades leftover green. In fact, the trail to the grove was so beautiful, it took me more than an hour to make the one mile hike down to the redwoods.

As much I love the grand views and dramatic skies that seem to attract a lot of attention, photographing intimate views of nature is probably my favorite kind of photography. Even in Yosemite, with its collection of iconic waterfalls and granite monoliths, I’m never happier than when I’m photographing the smaller scenes that aren’t recognizable as Yosemite.

But as beautiful as the surroundings on the were trail this afternoon, I really struggled to find a composition that did it justice. Instead of insisting on a composition with the elements I consider essential to a good image (a path for the eye to follow, strong visual anchor, no distracting elements), I just pointed in the direction of anything pretty (pretty much everywhere I looked) and started clicking.

Eventually this approach led me to a large dead tree in an area scarred by a recent fire. Scrutinizing my frame, I instantly realized I’d found my visual anchor. After that, my task became mostly a matter of moving around to eliminate all signs of the nearby trail, maximize the color behind the tree, juxtapose the foreground logs into something that wasn’t a disorganized (distracting) jumble, and eliminate the bright sky visible through the trees up the hill. (Even though it was cloudy, including sky that was much brighter than the forest would have pulled my viewers’ eye away from the colorful scene that was the whole point of the image, and reminded them of the world outside my frame.)

In my previous post I sung praises of my (Breakthrough) polarizer, but I can’t emphasize too much what a difference removing the wet sheen from the leaves in this scene did for the color. If you think a polarizer is just to darken blue sky, please do yourself a favor and try it for your next fall color shoot. 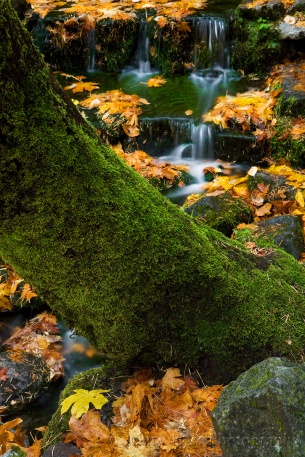 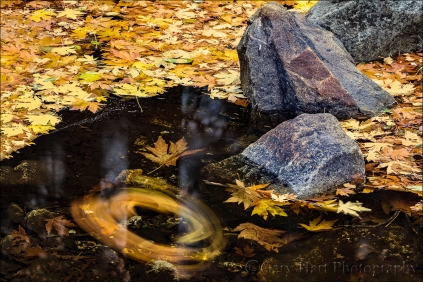 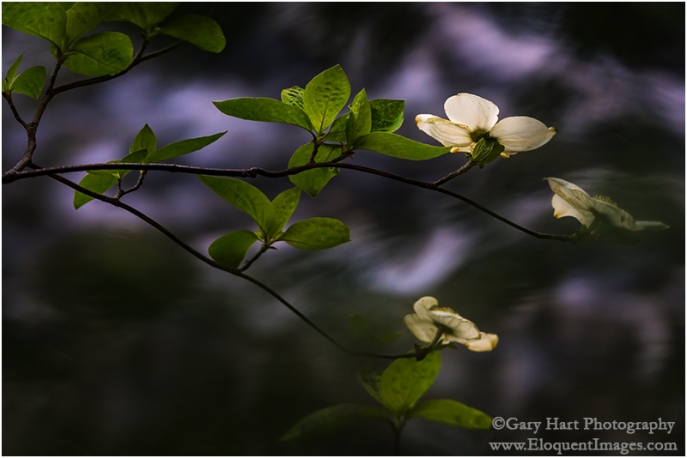 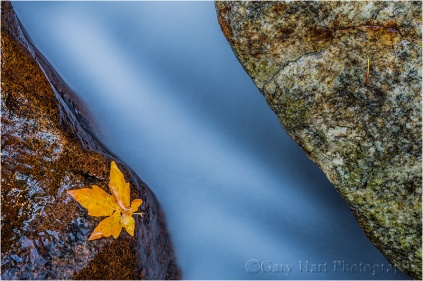 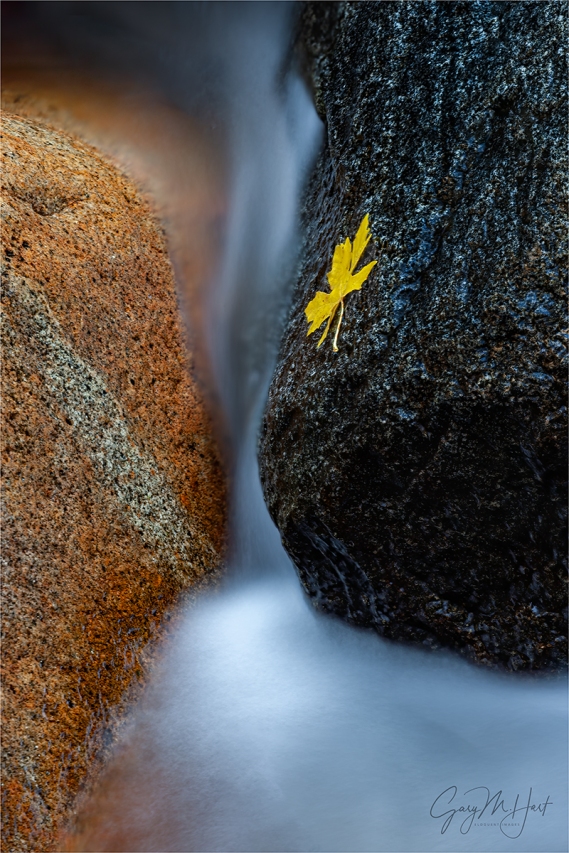 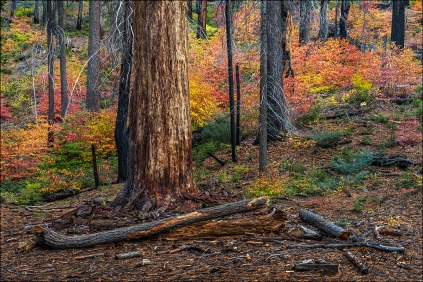 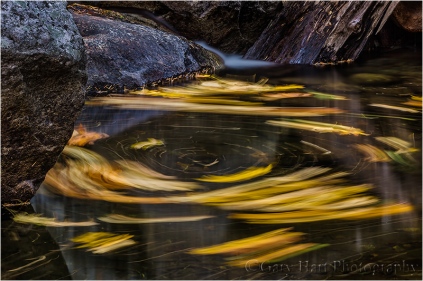 ← Reflecting on the Polarizer
I Love Trees →