If you’re following the rules, you’re not being creative

What do you think would happen if I submitted this image a camera club photo competition? It might elicit a few oohs and ahhs at first, but I’m pretty sure it wouldn’t be long before somebody dismisses it because the primary subject is centered. And while “never center your subject” is standard camera-club advice for a beginner who automatically bullseyes every subject, reflexively reciting “Rules*” is a cop-out for faux critics who lack genuine insight. (Of course I’m not talking about you, I’m talking about that guy over there by the cookies.) Worse still, photographers who blindly follow Rules are leaning on a crutch that will only atrophy their creative muscles.

A couple of examples

One of the most oft-repeated Rules is the Rule of Thirds, which dictates that the primary subject be placed at the intersection points in an imaginary grid dividing the frame into horizontal and vertical thirds (think tic-tac-toe). Another RoT mandate is to never center the horizon, but to instead place it one third of the way up from the bottom or down from the top. Reasonable advice for people who like their images to look like everyone else’s, but it completely ignores the myriad reasons for doing otherwise.

For example, visual artists are often told to give their subjects more space in the frame in the direction they’re looking. In other words, if the subject is gazing rightward, place them on the left side of the frame so they’re looking across the frame and not directly into a virtual wall. But watching “12 Years a Slave”  last weekend (one curse of being a photographer is the inability to turn off my internal critic) I noticed Solomon Northup longingly gazing directly into the left border of the frame, with a vast open sky behind him. It doesn’t take a rocket scientist to figure out that this framing symbolized Northup’s physical and emotional confinement (but who doesn’t know someone who’d ding this framing at the photo club competition?).

And centering a subject is an effective creative tool. Photographing the Mono Lake South Tufa sunset above, I was thrilled to find the kind of mirror reflection usually reserved for sunrise at this often windy location. Enjoying softer light than I’d get shooting toward the sun at sunrise, I tried many compositions before settling on this absolutely symmetrical version to create an equilibrium that conveys the utter stillness I experienced that evening.

Shed the crutch and go forth

Rules serve a beginning photographer in much the way training wheels serve a five-year-old learning to ride a bike: They’re great for getting you started, but soon get in the way. As valuable as these support mechanisms are, you wouldn’t do Tour de France with training wheels, or the Boston Marathon on crutches.

In my workshops I’m frequently exposed to creative damage done to people rendered gun-shy by well-intended but misguided Rule enforcers. Camera clubs and photo competitions are great for many reasons, but I’d love to see them declared no-Rule zones. And if your group can’t no nuclear on Rules, how about at least adding a no-Rule (“best image that breaks a Rule”) competition or category to acknowledge that the Rules are not the final word?

My suggestion to everyone trying to improve their photography is to learn the Rules, but rather than simply memorizing them, do your best to understand their purpose, and how that purpose might conflict with your objective. Then, armed with that wisdom, each time you peer through your viewfinder, set the Rules aside and simply trust your creative instincts.

*Capitalized throughout to mock the deference they’re given

Come break the rules with me in a photo workshop

Asking for trouble at the camera club 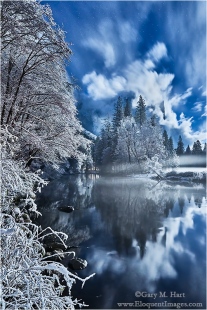 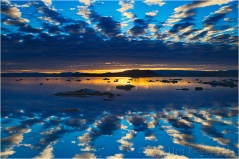 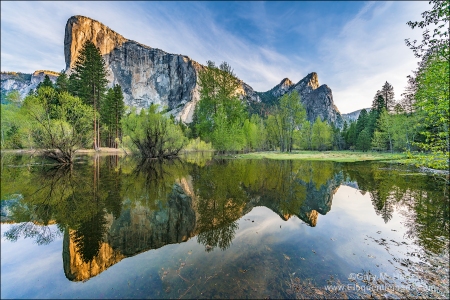