The day had been a mix of clouds and sun, great for photography. The sun was behind the clouds when we tied up on the rocks at the confluence; as I hopped off the raft, camera bags in tow, Wiley told us to be back on the raft in 45 minutes. I remember thinking, Really? Surely we can find a better spot to take advantage of this great light, but I kept my mouth shut. Expectations low, I rounded the corner and stopped like I’d slammed into a brick wall. Unable at first to process what I was seeing, I finally turned and called back to Wiley, “Uh, we’re going to need more time here.” And it was so.

Clearly, somewhere between Cameron and the canyon, the Little Colorado had gotten an infusion. And not just an infusion of regular old greenish-brown river water, but an infusion of mineral-laced, other-worldly turquoise water. It turns out that, after leaving Cameron, the Little Colorado carves a deep (and quite scenic) canyon, a canyon so deep that it cuts into a travertine- and limestone-laced aquifer that recharges and colors its flow. The limestone also paints the river’s bed a reflective white, further enhancing the turquoise hue. (It’s the same color, for the same reason, as the more heralded Havasu Creek.)

Unfortunately, on that first visit, the photogenic clouds and light that had been with us all day took our arrival as its cue to move on, forcing us photograph this beautiful scene in ordinary, harsh, mid-afternoon light. On that visit, despite the extra time, I wasn’t able to capture anything that would do this magnificent spot justice. But I made plans to return, and strategized with Wiley the best way to maximize our chances for good light the next time.

Our original plan for the Little Colorado this year was a late afternoon stop on day 2, but after a windy morning, Wiley suggested stopping early at a more sheltered campsite. Though that meant not getting to the Little Colorado until the morning of day 3, the weather forecast before we departed (to the land of no weather forecasts) had called for lots of clouds and a slight chance of showers for most of the week; the clouds had been with us so far, so I crossed my fingers that they’d hang in there for us.

And hang in they did. For the hour-and-half we had there, the sun made cameo appearances but largely remained offstage. In place of the typical horizon-to-horizon blue sky, we got patches of blue mixing with rapid changing cumulus. When the sun did appear, it spotlighted individual features rather than illuminate the entire scene.

The biggest problem I had was deciding where to point my camera. Usually I identify where the best shot is and concentrate my attention there. In this case, because I couldn’t decide, I shot both upstream and down, hedging my bets with wide and tight, horizontal and vertical compositions. I know I left a lot of shots farther upstream, so I guess I’ll just need to go back next year.

Join me in Grand Canyon

Inside out at Grand Canyon 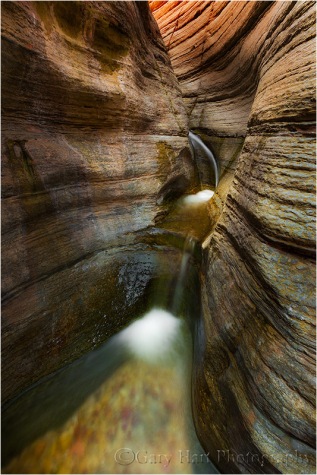 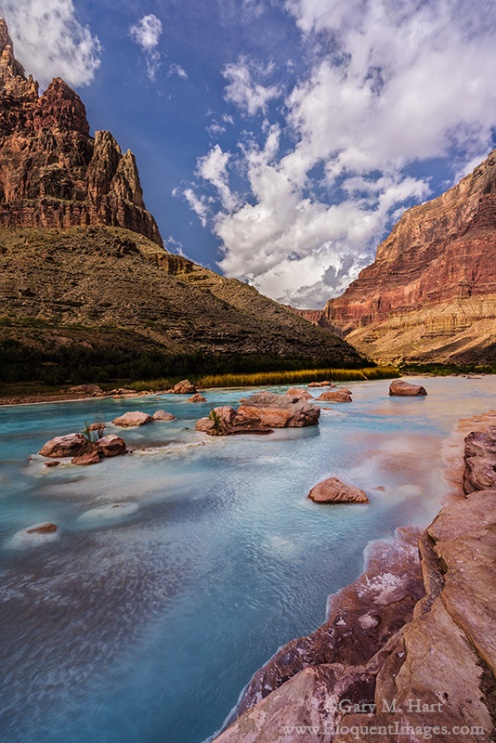 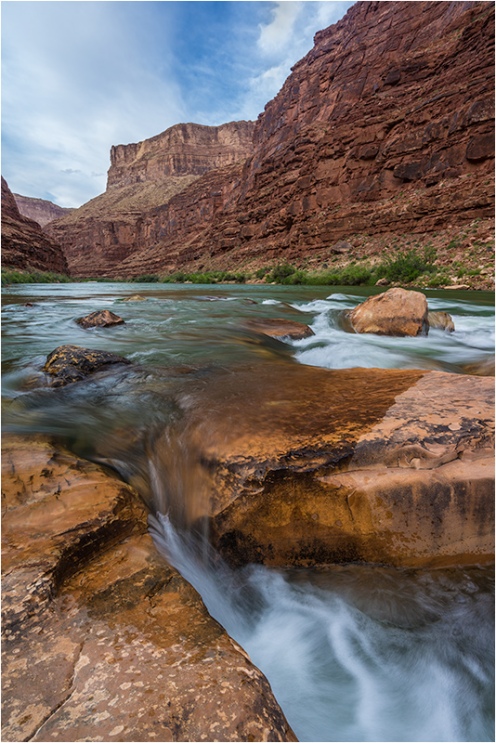 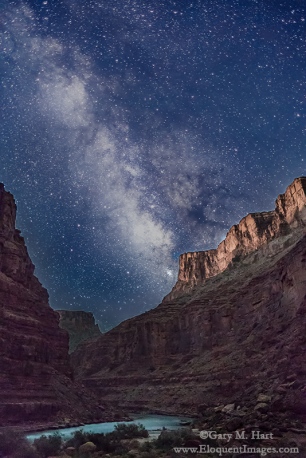 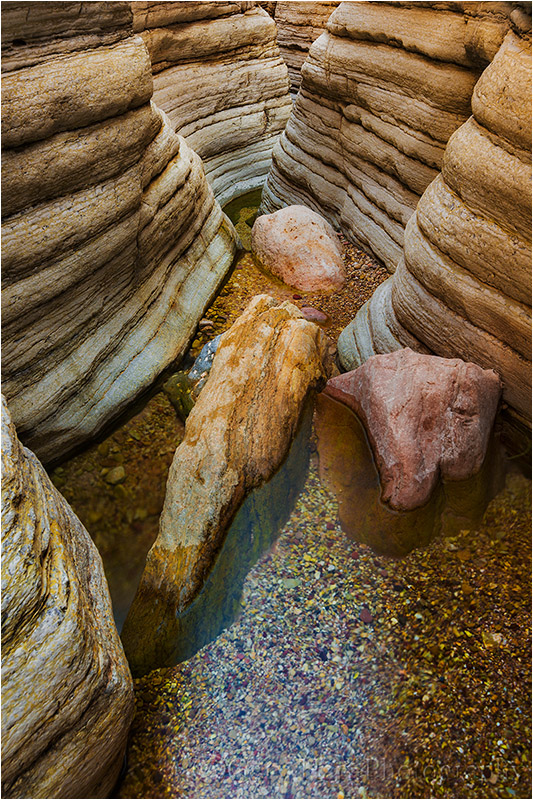