I kind of have a thing for comets

As soon as I announced that I’d purchased the just-announced Sony a7SIII, people started asking why I wanted a 12 megapixel camera when I already have a 61 megapixel Sony a7RIV (two, actually). When I hear these questions, I realize the myth that megapixels are a measure of image quality is still alive. The truth is, megapixels are a reflection of image size, not image quality. In fact, for any given technology, the fewer the megapixels, the better the image quality.

Without getting too deep into the weeds of noise and clarity in a digital image, it’s safe to say the the more efficient a sensor is at capturing light, and the less heat the sensor generates, the better it will perform in these areas. How do you make a sensor more efficient? Well, you start with bigger photosites to catch more light. And how to keep the sensor cool? Give your photosites more room to breathe. But how do you make your photosites both bigger and farther apart without increasing the size of the sensor? It doesn’t take a rocket scientist to conclude that reducing the number of photosites is the only way to achieve both of these objectives.

So why do the manufacturers keep giving us more photosites? (My last rhetorical question, I promise.) Well first, advances in technology make it possible to cram more photosites onto a fixed-size sensor without compromising image quality (and in fact, often while still improving image quality). But more important that is the sad, simple truth that megapixels sell cameras.

Don’t get me wrong, I think megapixel count is great and am all for as many megapixels as I can have—as long as they don’t come at the expense of image quality. The more megapixels you have, the more you can crop, and the larger you can print. While cropping is a nice safety net, goal should be to get the composition right at capture. And before chasing more megapixels, you should ask yourself how large you need to print, and how many megapixels you need to do it. Whenever this question comes up, I think about an image that I have printed 24×36 and hanging in my home. It’s an extreme close-up of a raindrop festooned dogwood flower, with Bridalveil Fall in the background. I can stand six inches from this 24×36 print and not feel like it’s missing any detail, from its delicate spider web filaments to the small dust particles suspended in the raindrops. All this was captured as a jpeg on my first DSLR, a 6 megapixel Canon 10D.

So given all this, you may be wondering why my primary camera is a 61 megapixel Sony a7RIV, with a second a7RIV as my backup. Well, like I said, all things equal, more megapixels are better than fewer megapixels, and for the vast majority of the natural light landscapes, on a tripod, that I photograph, my a7RIV bodies give me cleaner, higher resolution images than I ever dreamed possible. The dynamic range is the best I’ve ever seen, and my high ISO images are as good as any primary body I’ve ever owned. They’re so good, in fact, that last year I set aside my dedicated night camera, my 12 megapixel Sony a7SII, in favor of the a7RIV. I was getting such good results after dark with the a7RIV, I figured I could sacrifice a little low light performance to lighten my bag.

And for the most part I was satisfied—I’ve now used it enough at night to know the a7RIV is hands down the best night camera I’ve used that’s that not an a7S (original, or a7SII). But photographing Comet NEOWISE last month in Yosemite, I started to wonder if I might have been too quick to jettison the a7SII. My images were clean enough, but if I could get even less noise…

If you follow me regularly you know that I’m a one-click shooter—if I can’t get an image with one click, I don’t shoot it. That doesn’t mean I think it’s wrong to composite night images, but that approach doesn’t give me satisfaction, and I don’t like the artificial look of images that have clearly been blended. The analogy I like to use is the difference between applying a little make-up (dodging/burning and noise reduction in Photoshop), and submitting to cosmetic surgery (blending multiple exposures captured at different times, or with completely different focus and exposure settings). (There’s also a third option that’s more of a Frankenstein solution that involves assembling images from two different scenes, that I don’t even consider real photography.) My one-click approach means I have to live with more noise in my night images, but anyone viewing them knows that that truly is what my camera saw.

So anyway… For my Grand Canyon trip a couple of weeks ago, I decided to dust off the a7SII and give it a shot at Comet NEOWISE. My plan was to concentrate on the park’s east vistas to get away from the lights of Grand Canyon Village. Desert View was closed, but all the other vistas—west to east: Grandview, Moran, Lipan, and Navajo Points—were open for business. So during the day, while chased lightning out on the east end, at each stop I made a point of firing up my astronomy apps to figure out where the comet would be after dark.

Knowing that at about an hour after sunset, NEOWISE would be the northwest sky just a few degrees west of the Big Dipper (which would be dropping and rotating closer to due north as the night wore on), I decided that Grandview Point would be the best place to get it above the canyon. After it rotated farther north, I liked the way NEOWISE aligned with the canyon from the more eastern vistas. On that first night I got about 45 minutes of clear enough skies before the clouds returned.

For this trip I’d brought two tripods so I could simultaneously shoot with both the a7SII and a7RIV. On the a7SII I mounted my Sony 20mm f/1.8 G lens; on the a7RIV was the Sony 24mm f/1.4 GM lens. For both cameras I had long exposure noise reduction turned on (because with the Sonys it does make a difference for exposures measured in seconds). LENR doubles the capture time, which gave me at least 30 seconds between each shot, making it really easy to switch back and forth between cameras.

Having both cameras set up side-by-side like this, I was reminded what a nighttime monster the a7SII is—even though the a7RIV had a slightly faster lens, I could see the dark scene much better with the a7SII. I wouldn’t know how much cleaner the a7SII files would be until looked at them on my computer, but what a joy that camera is to work with in the dark.

I went with relatively few compositions, but varied my exposures for each for more processing options later. To focus, I just picked a star in my viewfinder, magnified it to the maximum, and dialed my focus ring until the star became the smallest dot possible. And even though that’s usually enough to ensure a sharp image, each time I focused I verified sharpness by magnifying the captured image in my viewfinder and checking the detail in the canyon.

I was thrilled by how much light the 20% waxing crescent moon cast on the scene. While the moonlight wasn’t noticeable to my eye, and didn’t seem to wash out the stars at all, it did cast enough light to bring out more canyon detail in my images. The small meteor that scooted through the Big Dipper during this frame was a welcome bonus that surprised me when I reviewed the image later.

When I finally got back to the room and looked at my images from that night a little more closely, the a7SII images were noticeably cleaner, so much so that when I went back out to photograph the comet the next night, I didn’t even set up the a7RIV. Is the a7RIV bad for night photography? Absolutely not. In fact, to capture 61 megapixel, high ISO, long exposure images as clean as the a7RIV does feels like cheating. But given my one-shot paradigm, and the fact that 12 megapixels is more than enough resolution for pretty much any use I can think of (for me—you need to decide for yourself how much resolution you need), for dark sky night photography, my vote goes the a7SII’s cleaner files and ease of use.

Some of my fellow Sony Artisans got to preview the a7SIII, but since it’s primarily billed as a video camera and I don’t really do video (yet), I’ll have to wait until mine arrives at the end of September (fingers crossed). But the reports from my colleagues about the a7SIII’s high ISO performance have me salivating. 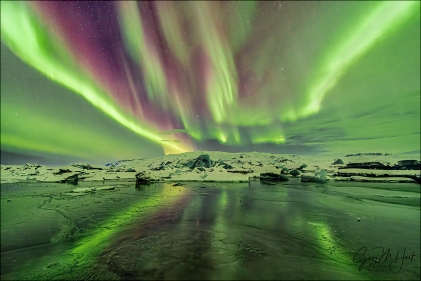 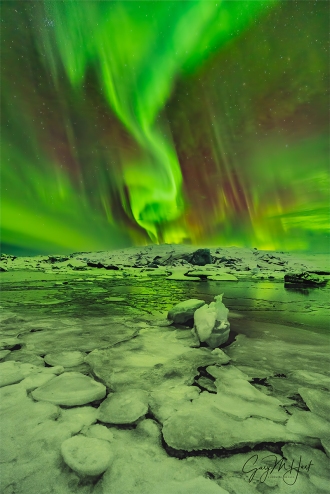 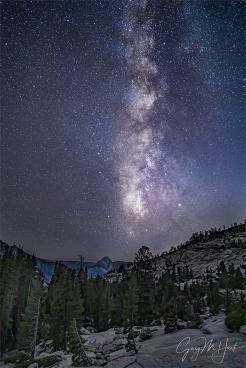 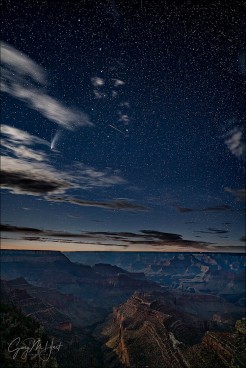 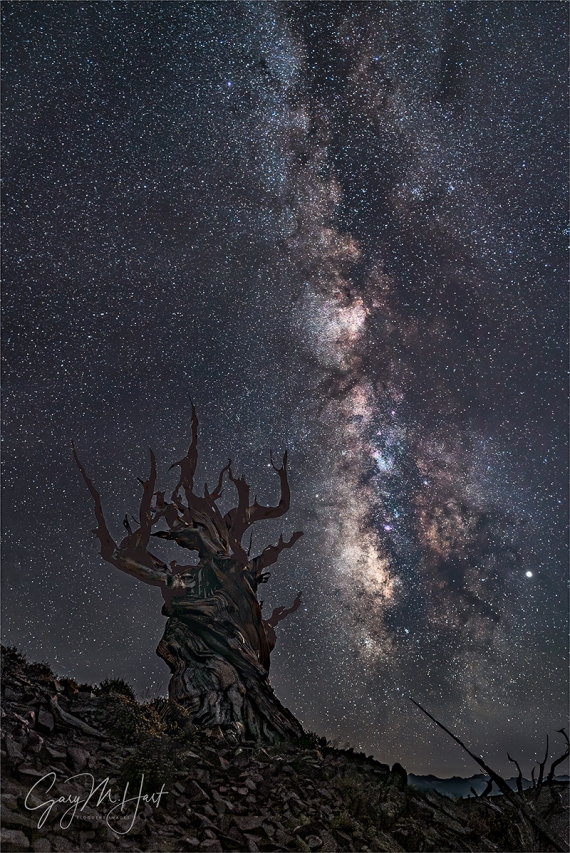 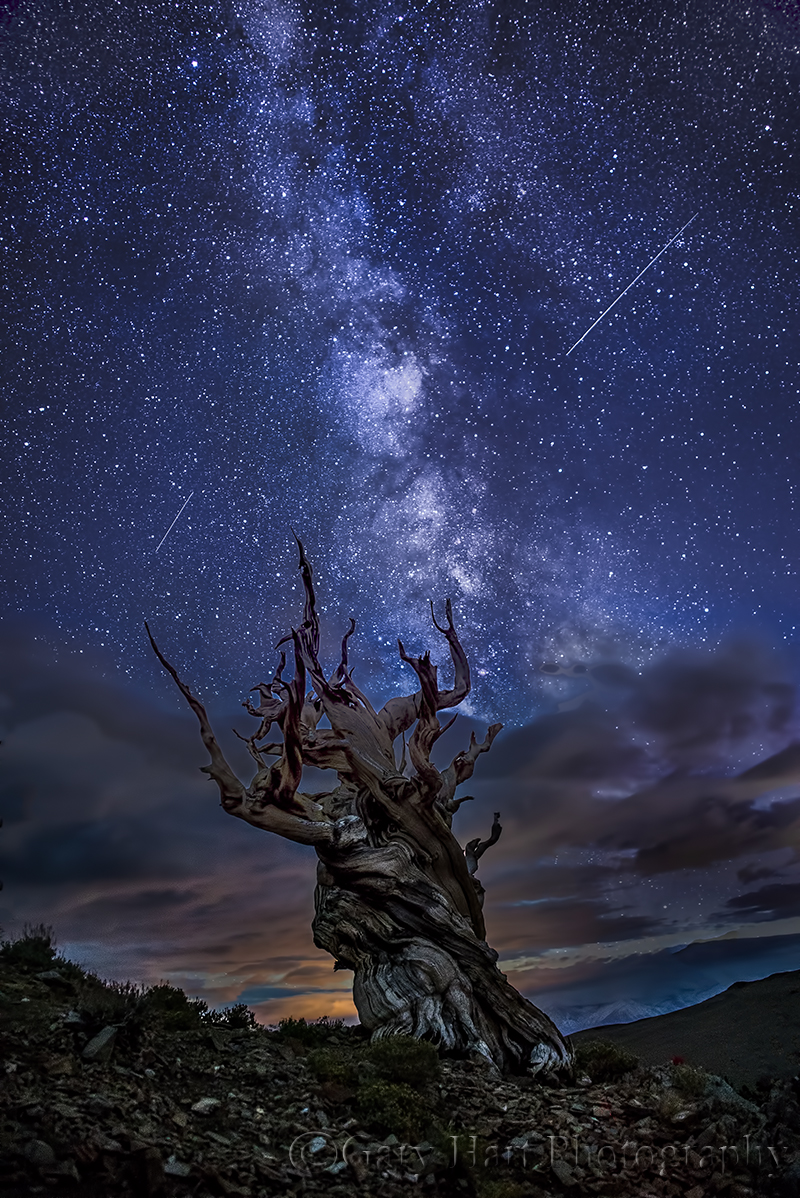 5 Comments on “The Megapixel Myth”