Dare To Be Different 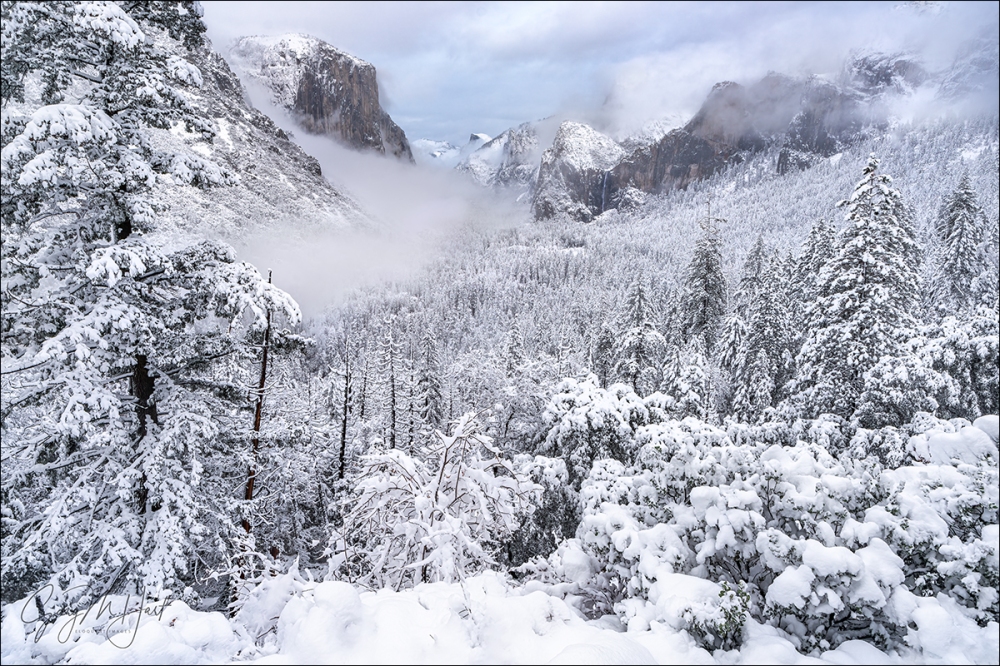 What does it take to make a great landscape image? The answer to that question could fill volumes (so I hope you don’t expect the final word in one blog post), but for starters, it seems pretty obvious that a great landscape image should involve some combination of beautiful scene and compelling composition. Of course it’s possible for one side of that scale to tilt so strongly that it renders the other side all but irrelevant: I’m thinking about the masterful composition that manages to extract beauty from the most ordinary scene, or the scene that’s so spectacular that it would be virtually impossible to not return with a beautiful image.

But as much as photographers should strive for the former, I’m afraid ubiquitous cameras and information have given us too much of the latter—because it’s easier. Not only can today’s photographers learn where to be and when to be there with the tap of an app (or the click of a mouse), even when unexpected beauty suddenly materializes before our eyes, we’re almost certainly armed with a tool to capture it. Add to this the power of today’s computers and software to actually manufacture beauty (don’t get me started…), and I’m concerned that the world is becoming numbed to the appreciation of photography as a craft—the ability to see the less obvious beauty and convey it by deftly controlling the scene’s framing, motion, depth, and light.

This is especially relevant to me because I make my living serving people who dream of getting “the” shot at my workshop locations. Usually they’ve seen some other photographer’s version of their “dream” shot and simply want one of their own to display and share. Whether it’s sunset light on Horsetail Fall, a lightning strike at the Grand Canyon, or fresh snow at Tunnel View, I completely understand their motivation and I do everything in my power to make it happen (I love photographing these things too). But still…

In addition to helping my workshop student get their dream image, I also encourage them to make these shots their starting point, not their goal. Photograph the icons without shame, but don’t stop there, also find your own perspective on the scene’s beauty. That could be identifying a foreground element that complements a glorious background, going vertical when the obvious composition is horizontal, introducing motion or focus blur to part of the scene, or any number of large or small compositional twists.

My own approach when photographing a scene imbued with obvious inherent beauty—such as a spectacular sunset, vivid rainbow, or breathtaking vista—is to remind myself not to settle for something I’ve already done, no matter how beautiful it might be. While that’s a relatively small challenge at new or less familiar scenes, this approach makes familiar places like Tunnel View in Yosemite (arguably the most beautiful vista on Earth, and one that I’ve photographed more times than I can count) a much higher photographic bar to clear. So high, in fact, that I rarely take out my camera at Tunnel View anymore. (Well, at least that’s the mindset when I get there—I’m a sucker for this scene and sometimes can’t resist photographing a beautiful moment here because some scenes are too beautiful to ignore—but you get the point.) Even still, these days I pretty much only photograph Tunnel View when I can include some a scecial, transient element, like the moon or a rainbow. Or fresh snow.

Last month my Yosemite Winter Moon workshop group had the immense good fortune to start just as a cold winter storm finished dropping 8 inches of snow on Yosemite Valley. For a couple of reasons, we started at Tunnel View—first, because it’s the best place to introduce first-timers to Yosemite’s majesty; second, it’s probably the best place in Yosemite to view a clearing storm. The scene that greeted us was as spectacular as you might imagine—and as also you might imagine, it wasn’t something I hadn’t seen before.

My original plan was to keep my camera in the car, but once I got everyone settled into their spots and was confident they were content (and wanted to be left alone), I couldn’t resist the beauty, no matter how familiar. Oh—and before I go any farther, let me make clear that I am not trying to say, nor do I in any way believe, that this image is more special than thousands of other Tunnel View images that preceded it (or even that were captured that day). I just want to use it to illustrate my approach, and the decisions that got me to something that turned out to be a little different for me. But anyway…

The first thing I usually I preach about photographing Tunnel View is to not go too wide. As beautiful as the entire view is, the real (permanent) visual action is between El Capitan on the left, and Leaning Tower (the diagonal, flat granite face angling up from Bridalveil Fall) on the right. Another problem at Tunnel View is that the sky in Yosemite is usually boring (cloudless), and the foreground trees are nothing special. So not only does the real estate left of El Capitan and right of Leaning Tower pale in comparison to the primary scene it bookends, composing wide enough to include that extra granite also means shrinking the best stuff (from left to right: El Capitan, Cloud’s Rest, Half Dome, Cathedral Rocks, Bridalveil Fall, Leaning Tower) while including more bland sky and trees. Therefore, my go-to lens for Tunnel View is my Sony 24-105 f/4 G lens. And when I want to isolate one or two of the primary features, I’ll switch to my Sony 100-400 GM lens.

But this afternoon, with the entire landscape glazed white, those scruffy foreground trees were suddenly a feature worthy of inclusion. So, rather than starting with the 24-105 on my Sony a7RIV, I reached for my Sony 16-35 f/2.8 GM lens. Going wider created another problem: that large tree on the left is a usually an obstacle, a potential distraction always that must be dealt with. My standard approach is to move to the right to completely eliminate the tree from my composition, but this afternoon the vista was so packed with gawkers and photographers that moving around without encroaching on someone else’s space was difficult-to-impossible. Because I got my group setup before grabbing a spot for myself, I’d found myself stuck farther to the left than I like, making my plan to shoot the scene extra-wide while eliminating the tree even more problematic. So, grateful once again for the snowy glaze, I decided to use my arboreal nemesis to frame the left side of my composition (if you can’t beat ’em…). For the right side of my frame, I chose to go wide enough to include a couple of more prominent trees in the middle distance, as well as the interesting clouds swirling near the rim behind them.

And finally, because I know someone will ask, even with so much detail from near-to-far, at 20mm and f/9, my focus point was pretty much irrelevant (hyperfocal distance was 5 feet). As something of a control freak in my photography life (understatement), I’ve always been a manual focus evangelist, but I’m getting lazy in my old age and in this case I just hit my back-button focus button to autofocus somewhere in the scene (wherever the focus point happened to be), then clicked with the knowledge I’d be sharp throughout. 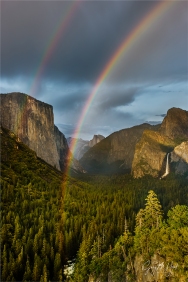 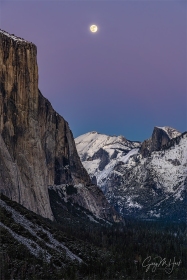 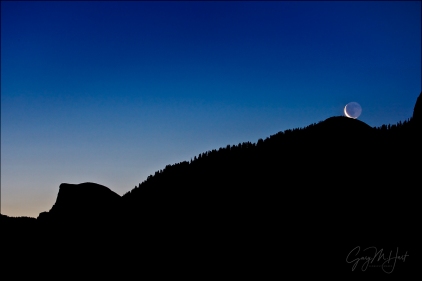 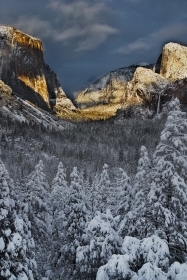 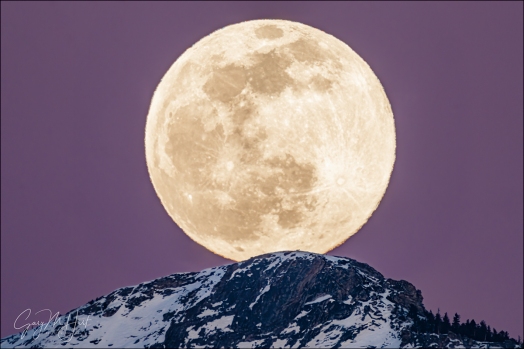 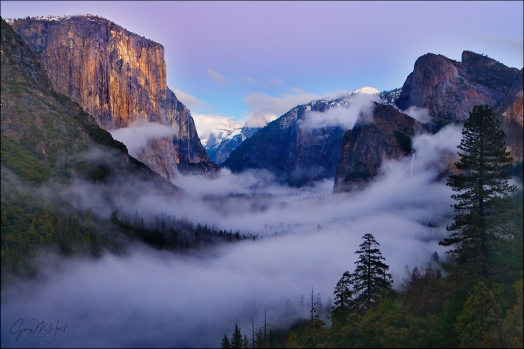 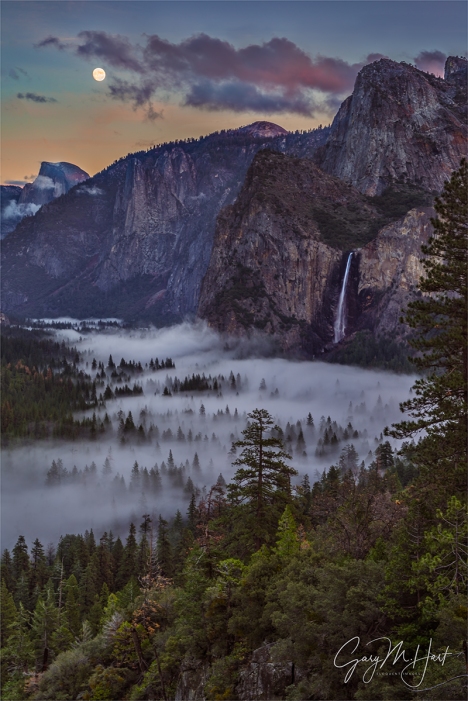 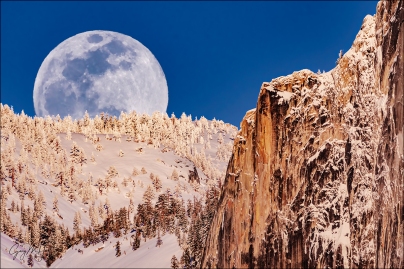 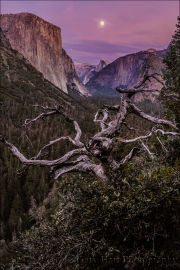 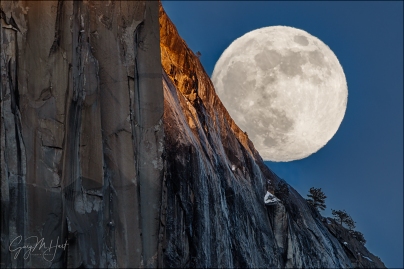 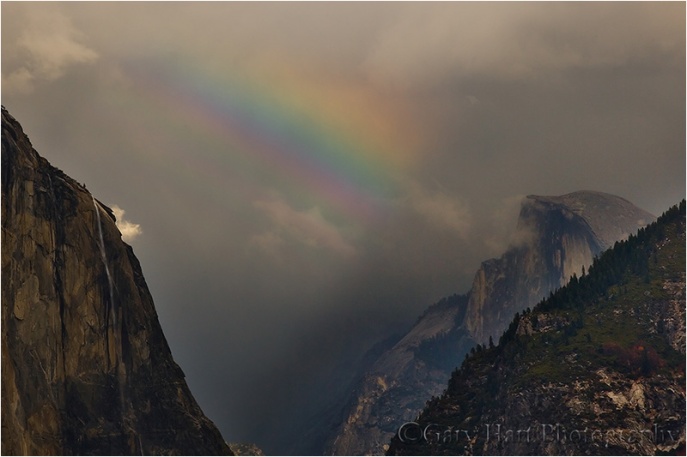 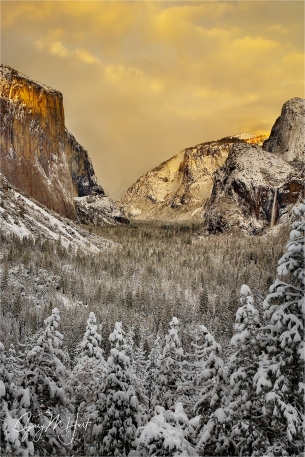 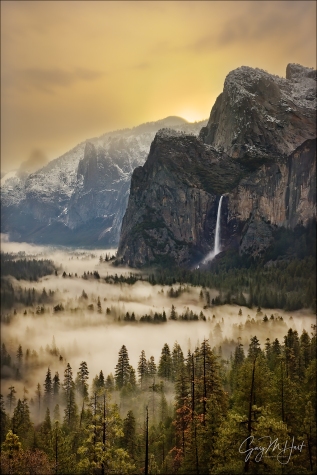 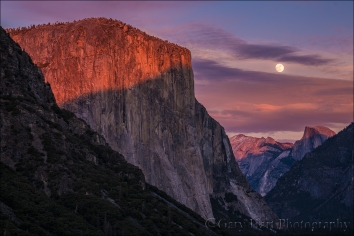 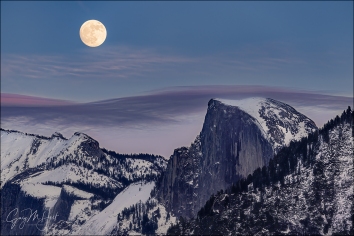 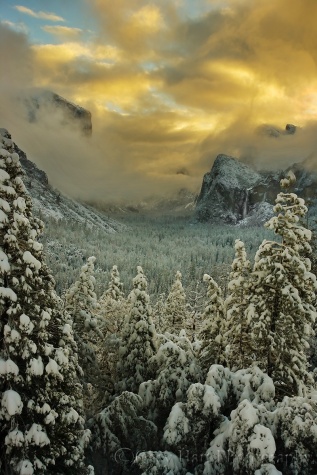 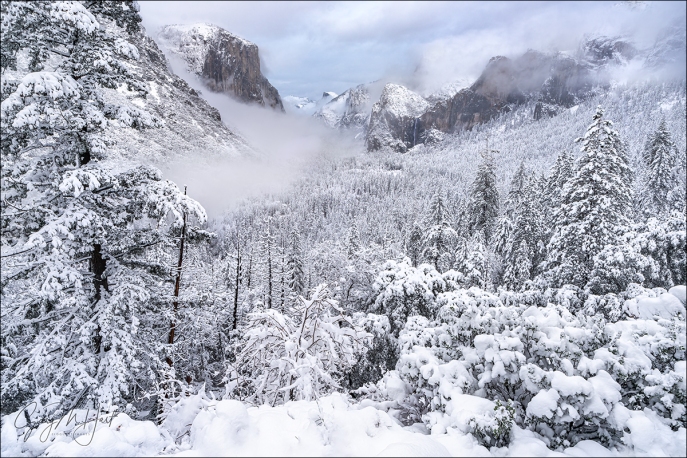 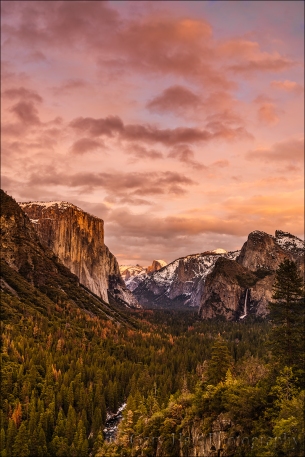 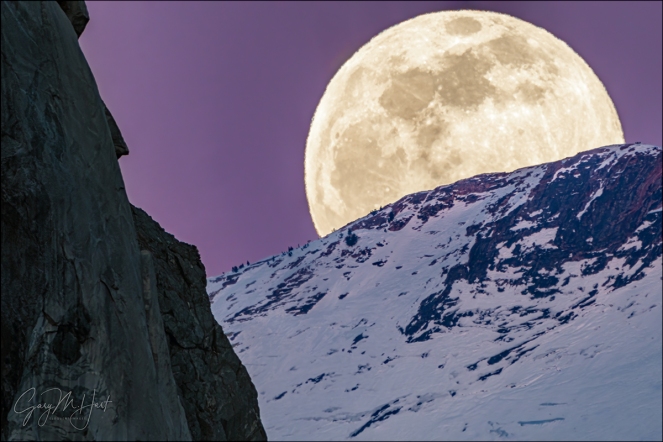 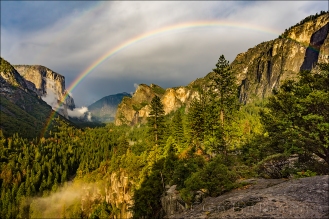 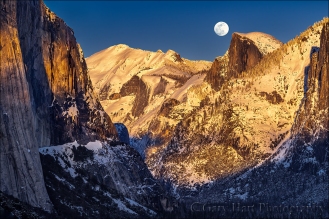 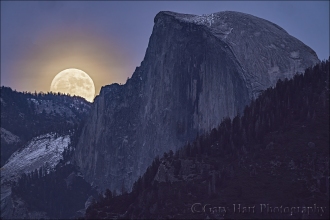 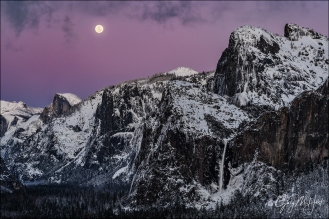 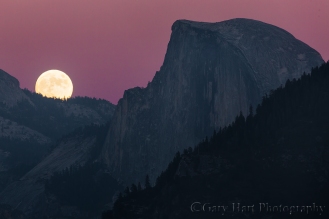