It’s in the Bag

Ready for some irony? One reason I switched from a Canon DSLR system to Sony Alpha mirrorless (about 5 1/2 years ago) was that Sony’s bodies and lenses are smaller and lighter, yet today I’m probably carrying the heaviest bag I’ve ever carried. What I hadn’t counted on when I made the switch was that smaller gear meant more room in my camera bag, which gave me two options: a smaller camera bag, or more gear. Guess which option I chose. Since people ask all the time about my gear, and it’s been a couple of years since I actually shared it all in one place…

Let’s peek in my camera bag

The contents of my camera bag has evolved over the years, from the vanilla 16-35, 24-105, 70-200 lens lineup that most landscape photographer carry, to my current setup that allows covers 12mm to 800mm (1200mm if you factor in the APS-C crop option) at all times—plus the option to go up to 1800mm (factoring in the APS-C crop factor) if I need it.

Always in my bag

* Plus a Breakthrough polarizer 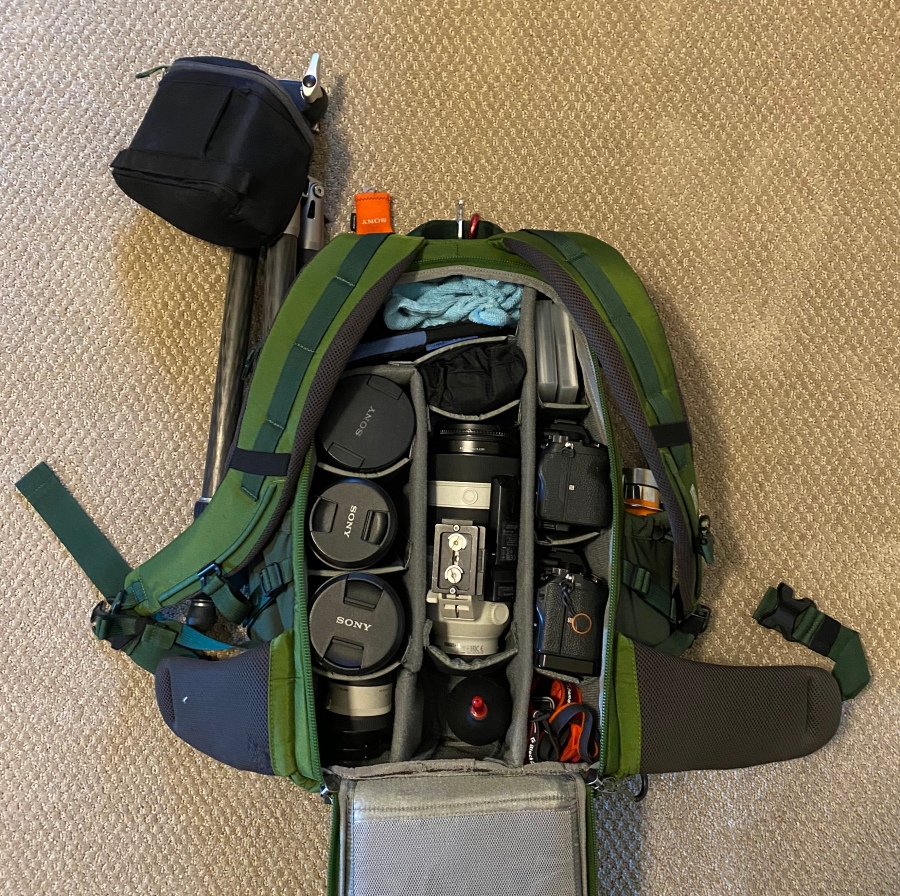 Mindshift Backlight 26L bag fully loaded
Notice how the compactness of the Sony bodies and lenses allows me to pack almost everything on its end? This is the primary reason I’m able to get so much gear in my bag.

In my Canon days, and my first couple of years with Sony, the focal-length range I carried at all times was 16mm – 200mm. With Canon it was mostly a size thing—I just didn’t have enough room for much more than my DSLR body and 16-35, 24-105, and 70-200 lenses. When I switched to Sony, even though Yosemite has some scenes that are too wide for a 16mm lens, I figured Sony lenses covering the same focal range would be sufficient.

Then one spring morning in Yosemite, I was photographing a flooded meadow when a friend loaned me his Canon 11-24 f/4 lens (which I adapted to my Sony a7RII body with a Metabones adapter), and I was in love (with the lens, not my friend). Wow! Even though I knew I wouldn’t use an ultra-wide lens very much, the ability to go wide when the situation calls for it suddenly opened up a whole new world. But as much as I’d have loved a Canon 11-24 of my own, it was just too big and heavy (not to mention expensive) to live full-time in my bag.

Spring Reflection, El Capitan and Three Brothers, Yosemite
This 11mm image with a Canon 11-24 lens, adapted to my Sony a7RII, is my first ultra-wide image.

Just a year after that ultra-wide epiphany, Sony released its very own ultra-wide lens. Not only is the Sony 12-24 f/4 G lens just as sharp as its Canon counterpart (at about half the price), the Sony 12-24 is less than half the Canon’s size and weight. I was so excited when I realized how compact it is that I instantly reconfigured a few partitions in my camera bag and voila, it fit —without having to jettison anything.

That’s a long-winded way of explaining how I happened to be able to capture this image at a spot in Yosemite that for most of my photography life was too close to photograph El Capitan and its reflection, top to bottom, in a single frame. My brother and I had arrived in the park the previous afternoon, got a room at the lodge, and hunkered down against the incoming storm. What had been forecast to be 3-5 inches of overnight snow had just been upgraded to 12-16 inches, so we knew we’d wake Tuesday morning to something exceptional. A peek through the curtains in the predawn darkness confirmed a world of white with the snow still falling hard. Checking the Yosemite road conditions hotline, I learned that not only were all park entrances closed, all roads in Yosemite Valley were closed.

I dressed and trudged through the snow in the twilight to survey the photography potential near the lodge and found the view of Yosemite Falls completely obscured by clouds. The cafeteria was open, but serving nothing because the employees couldn’t make it to work. At the adjacent Starbucks I found only two people had been able to negotiate the snowy darkness to get to work—it turned out to be the Starbucks manager and his wife, a non-employee drafted into action and put on the front line.

On my way back to my room, I swung by the parking lot and checked my car. About the time I identified the white lump that was mine, Yosemite Falls made an appearance and I hustled back to the room for my gear, but within a couple of minutes it had been re-swallowed. My brother and I spent most of the rest of the morning watching the skies, waiting for the views of Yosemite Falls or Half Dome to clear enough to photograph, or simply for the snow to slow enough to allow us to photograph some of the closer views. We the snowfall finally abated, we ventured out into the elements and forged a trail through the snow to the bridge beneath Lower Yosemite Fall, because any photography is better than no photography.

Shortly after returning to the room we got a call from the front desk telling us outbound Highway 140 had reopened. We had no plans to evacuate, but I took this as a signal that the valley roads would be open too (otherwise, what use would there be to open 140). So we dug out my Outback (no small feat) and hit the road. With snow still falling, we spent the next few hours circling Yosemite Valley, stopping occasionally when a view appeared, waiting for the storm to clear.

We were at El Capitan Bridge when blue sky appeared. Being here in the snow reminded me of an image I’d captured here a year earlier using my 12-24. I’d been blown away that I could get that entire scene in a single vertical frame, but wished there had be more blue sky. But here was a second chance, this time with blue sky, and I set up real fast to reprise that composition.

As I had the first time, I was able to keep my camera level (my lens exactly parallel to the ground) to avoid distorting the trees on edge of the frame. Focus was easy because at 12mm, depth of field feels nearly infinite. Metering was a little trickier than the first time because El Capitan was brighter, but I knew my Sony a7RIII could handle it. Not sure of the best way to handle the falling snow, I tried a few ISO and f-stop combinations, and ended up going with the one that gave me a shutter speed that turned the snow into small streaks of white (the snow showed up better this way). 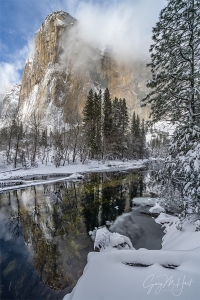 It’s pretty amazing (and a little disconcerting) how close I came to duplicating that earlier composition. The biggest difference is the trees that have been removed in the last year, victims of the drought and pine bark beetle. 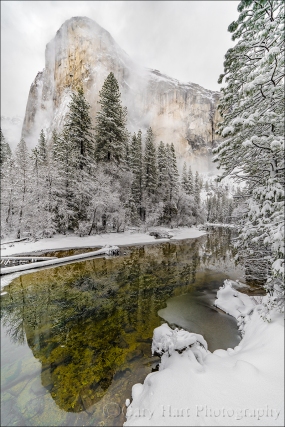 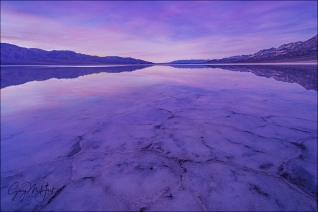 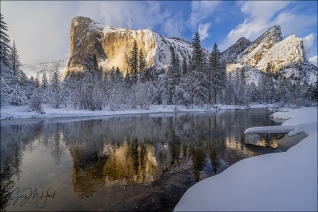 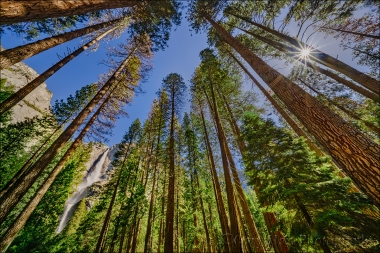 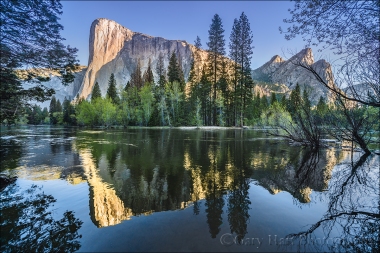 ← 2019 Highlights: Social Distancing Edition
Lenses: The Long and Short of it →