Every picture has a story

Every picture has a story. (And as Rod Stewart reminded us, every picture tells a story as well, but it’s not necessarily the same story and that isn’t really what I want to talk about anyway.) The story of a compelling nature photograph can include every bit of the good stuff that makes for gripping narrative in a book or movie: adventure, peril, suffering, and yes, sometimes even romance, humor, and foolish mishaps.

The story of this image goes back to the beginning of the story of my path as a nature photographer, all the way back to an afternoon when the ten-year-old me joined my father, a serious amateur photographer, on a hike to the top of Sentinel Dome in Yosemite. For those unfamiliar with the most beautiful place on Earth, Yosemite’s Sentinel Dome is a towering, rounded knob of granite that does indeed appear to stand sentinel above the surrounding terrain. At 8,000 feet, its summit provides a 360-degree highlight reel of Yosemite’s most dramatic features: Cathedral Rocks, El Capitan, Yosemite Falls, and Half Dome, among others, are all on prominent display here. With the exception of a single gnarled jeffrey pine, exquisitely captured by Ansel Adams and many other photographers (and now dead and lying on its side), Sentinel Dome’s summit is also as bald as a bowling ball.

On the day of our hike thunderstorms had been firing all afternoon, stabbing the granite near El Capitan and Yosemite Falls just across the valley. Dad’s goal was to photograph lightning, and what vantage point better than Sentinel Dome with its panoramic view, not to mention a photogenic tree for the foreground. My dad wasn’t a stupid man, but personal experience has since helped me understand how his desire to “get the shot” can temporarily overwhelm good sense. So, when the storm crept closer and rain started to fall on our location, rather than descend to safety, Dad handed me an umbrella and asked me to extend it high above his treasured Leica.

So there I stood, proudly and without question, perched atop an elevated and completely exposed peak, extending heavenward a metal rod. I have no memory of fear or even of being aware of the foolishness of our efforts—I just remember sensing Dad’s intense desire to get his shot, and wishing with all my heart for the lightning bolt that would make it happen.

We didn’t get our lightning that day, and more importantly, the lightning didn’t get us. But later that afternoon, as the whole family enjoyed the view in a light rain just down the road at Glacier Point, the storm broke and delivered without warning a brilliant rainbow that arced magnificently across the face of Half Dome. My father, despite being transformed by family priorities from photographer to tourist, still dangled his Leica from his neck—he simply had to lift the camera, meter the scene, and click to get the shot of his lifetime.

Here’s my dad’s Half Dome Rainbow, captured on a summer afternoon in the mid-sixties.

I’ll never forget the contrast of Dad’s emotions that afternoon, which ranged from frustration and disappointment atop Sentinel Dome, to shear euphoria at Glacier Point. I experienced them as strongly as if they were my own, and while photography dropped from my radar as I spent the remainder of my youth occupied with the typical distractions of adolescence, few childhood memories are more permanent than that one. In hindsight it’s clear that Dad’s emotions were a microcosm of the reasons I became a nature photographer. For every success there are ten disappointments, but every once in a while you’re gifted with a surprise that makes all the frustration worthwhile.

Fast-forward to 2004. A gentle spring rain falls as I wander the banks of the Merced River in Yosemite Valley. I have image in mind. Like that afternoon on Sentinel Dome, I have no guarantee of getting the shot I want: a dogwood bloom with one of Yosemite’s landmarks in the background. I make several stops, and as I search I’m only vaguely aware of the steady but light rain (fortunately, there’s no lightning).

I can’t remember how much my thoughts this wet morning drifted to the afternoon on Sentinel Dome with my dad all those years ago, but I have no doubt that it was prime catalyst in my path from enthusiastic assistant, to serious amateur, and ultimately to full-time professional photographer. I now completely understand that need to get the shot with little concern for the consequences, and how easy it can be to mentally eliminate distractions, discomfort, and physical obstacles (and sometimes good sense).

I got my shot that day, a raindrop-festooned dogwood blossom, large and sharp in the foreground, with a roaring Bridalveil Fall soft in the distance. On my drive home I was cold, wet, and happy. Photography’s funny that way. Thanks, Dad.

A sampling of personal favorites 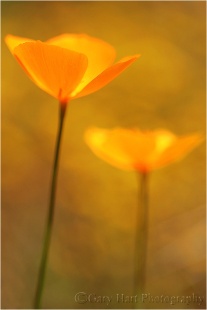 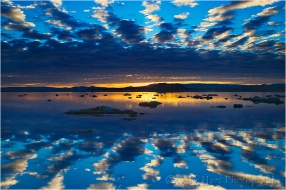 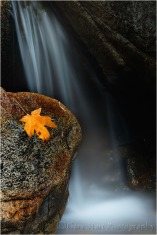 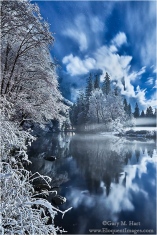 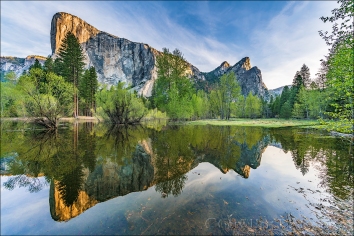 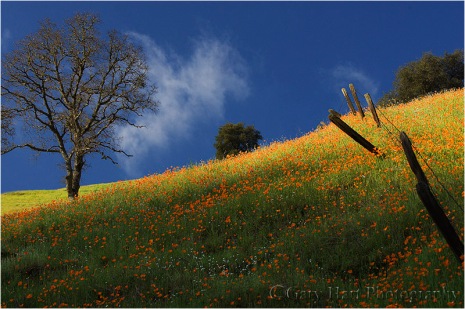 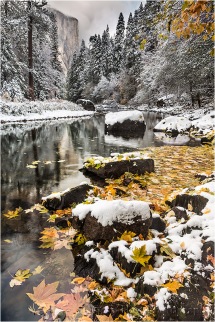 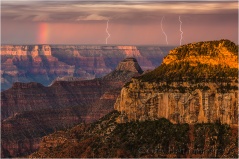 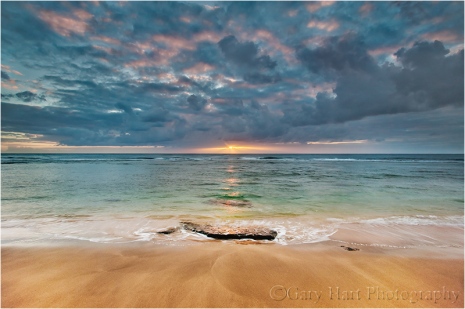 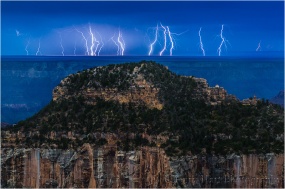